Bhopal: The Congress and the Aam Aadmi Party (AAP) have jumped in support of the 18,000 families from Madhya Pradesh which have been displaced by the recent closure of the gates of Sardar Sarovar Dam on river Narmada in Gujarat. 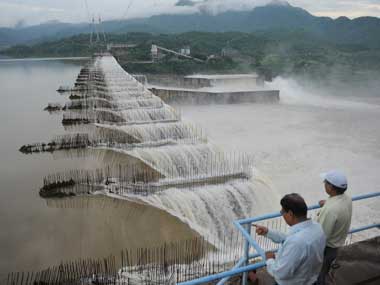 Both the parties have decided to raise the issue in the assembly and the Parliament. Congress leader of opposition in assembly Ajay Singh said his party is going to take to task the Madhya Pradesh government in the House for failing to rehabilitate 18,000 families.

"The state government has asked these oustees to vacate the submergence area of the dam by July 31. We are planning to bring an adjournment motion on the issue in the House," he added.

"Our leader and the party chief whip in the Lok Sabha Jyotiraditya Scindia is going to raise the issue in parliament," state Congress spokesman Pankaj Chaturvedi said. "The affected people are on tenterhooks given that the water level in the dam was swelling due to the rains. The state government should take immediate steps to save precious lives," he added.

He said that 18,000 families in Madhya Pradesh's Alirajpur, Barwani, Dhar and Khargone districts are on the verge of drowning following the closure of the gates of Sardar Sarovar dam last month.

"These people in villages close to Narmada river have come under the submergence area of the dam water," Agrawal, who is also AAP national spokesman added.

Madhya Pradesh chief minister Shivraj Singh Chouhan has turned a blind eye to the oustees' rehabilitation and was not even talking to Narmada Bachao Andolan leaders over it.

Narmada has its source in Amarkantak in eastern Madhya Pradesh and Sardar Sarovar Dam is the possibly the last dam built on its downstream in Gujarat.