Jammu: As many as 160 terrorists were killed in Jammu and Kashmir this year, while 250 ultras, including 102 of Pakistani origin, were active in the Valley, Director General of Police (DGP) Dilbag Singh said on Tuesday, noting that terror incidents and the number of local youths joining militancy have decreased. "250 terrorists have been active in Jammu and Kashmir. There is a decrease in number of active militants as compared to last year," Singh said at the annual press conference at police headquarters. 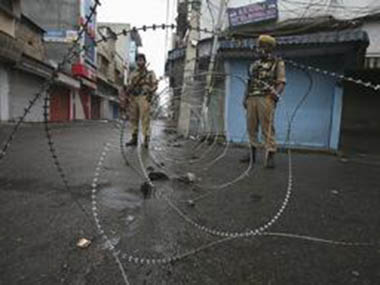 The DGP said that there is 30 percent fall in terrorist incidents, less civilian killings and 36 percent decrease in law and order incidents as compared to 2018. "218 such (local) youths joined militant outfits in 2018 but only 139 joined in 2019," he said. Out of these new recruits, only 89 have survived. "The rest have been eliminated as their shelf life is between 24 hours to 2-3 months after joining militancy. There are hardly few old terrorists surviving, which include Jehangir Saroori and Riyaz Nayikoo", he said.

There have been only 481 law and order incidents this year as compared to 625 last year, he said There were 80 per cent successful anti-terror operations in which 160 terrorists, including foreigners, have been killed during the year.

Singh said 102 terrorists have been arrested and 10 terrorists surrendered during the year. He said that 102 Pakistan origin terrorists are still operating in Kashmir. "Eleven valiant police personnel from Jammu and Kashmir besides 72 from other other security forces have been martyred," he said.

The DGP said that "there has been a high degree of incidents of infiltration attempts from across the border this year and also ceasefire violations. But security forces have successfully foiled these attempted as 130 infiltrators have entered in 2019 as compared to 143 last year".

He said Jammu and Kashmir Police has set an example by handling the law and order situation in the most "exemplary" way following the abrogation of Article 370 provisions. It was the biggest challenge faced by the force in 2019, but "we handled the most critical phase in the best way" and there was no civilian casualty during the period, he said.

Replying to queries on restoration of internet, the DGP said it is under consideration. "I think J-K is moving towards such a situation (on law and order front). Very soon you will hear positive announcement," Singh said. He said that though some people will try to misuse internet, "in the past, we took care of them and we will take care of such people in the future too".

Internet services in all government-run hospitals and SMS to all mobile phones will be restored from 31 December midnight in the Kashmir Valley, Jammu and Kashmir official spokesman Rohit Kansal said on Tuesday. On 10 December, some short message service (SMS) were enabled on mobile phones in order to facilitate students, scholarship applicants, traders and others. It has now been decided to fully restore the service throughout Kashmir from midnight of 31 December, Kansal said.

Mobile Internet services were restored in Kargil district of Ladakh on Friday after remaining suspended for 145 days in the wake of the Centre abrogating provisions of Article 370 of the Constitution, officials said. Internet services were suspended on 4 August, a day before the Centre announced abrogation of Article 370 and division of the state into the union territories of Jammu and Kashmir, and Ladakh.