Imphal: Mosquito-borne diseases have killed 16 persons in a village along the India-Myanmar border in Manipur, while another four deaths in other parts are suspected to have the same cause, Manipur health minister L Jayentakumar said on Sunday.

He added the diseases may break out in some parts of the state since there is trans-border movement of persons. 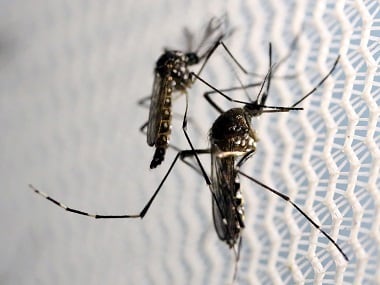 Chief Minister N Biren Singh, who took stock of the situation in an emergency meeting, said over 200 persons are affected by mosquito-borne diseases in just one district - Churachandpur.

"A fund had been sanctioned to transport over 100 persons from Henglep and other inaccessible villages in Churachandpur. If needed, the persons will be airlifted.

"This morning we have despatched 15 doctors and 30 paramedics to Churachandpur along with medicines to cope with the situation. We have deployed health officials in border towns to check those coming from other areas of infections," he said.

Meanwhile, a woman, whose husband died recently, has appealed to the authorities to disclose the cause of death.

Health officials said that he was suffering from suspected swine flu. His fluid samples were sent to Guwahati to establish the cause of the ailment. However, he died before the results were received.