Former England captain Wayne Rooney said the public pressure being exerted on elite footballers to take pay cuts in the wake of the coronavirus pandemic is a “disgrace”, according to a report in the Sunday Times. 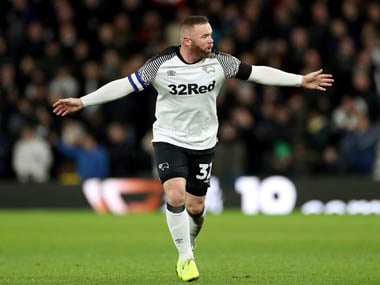 “How the past few days have played out is a disgrace,” Rooney wrote.

“First the health secretary ... said Premier League players should take a pay cut. Was he desperate to divert attention from his government’s handling of this pandemic?,” he added.

Rooney questioned why the Premier League had announced publicly that it was looking for its players to give up or defer 30% of their wages.

“It feels as if it’s to shame the players — to force them into a corner where they have to pick up the bill for lost revenue,” he wrote.

“Whatever way you look at it, we’re easy targets.”

Football in England has been suspended indefinitely due to the outbreak and several clubs, including Liverpool and Tottenham Hotspur, have furloughed non-playing staff.

Rooney, who captains Championship side Derby County, added that decisions on pay cuts should be made on a case-by-case basis.

The players union in England has also questioned the league’s public call for wage reductions, and Rooney said players were in a “no-win situation”.