So that brings us to the end of today's coverage. India have stormed into the final thanks to Rohit Sharma, Suresh Raina and Washington Sundar, which means that the Bangladesh vs Sri Lanka clash on Friday is a virtual semi-final. The final, though, is on Sunday. Do join us for that clash. Until then, it's time to say goodbye.

Rohit Sharma, winning skipper and Man of the Match: It was important for me to step up. As I said in the toss, it was important for me to take my time initially. Bowling with the new ball isn't easy for a spinner, but hats off to him (Sundar). It was not the usual wicket what we got, definitely on the slower side. One set batsman has to bat as long as possible, because the new batsman will be tough. The partnership between me and Raina was good. It takes lot of courage. It was very courageous to take the new ball from me. He's very clear in his mind what he wants to execute. When a bowler comes to you and sets his own field, it says a lot about him. I just told him to keep it simple. I just wanted him to bowl a back-of-length ball, which is a tough to hit. From whatever I've seen of him, he can execute that. I can understand a little bit of nerves there, but he's a great talent, and he'll go strength-to-strength.

Mahmudullah, Bangladesh captain: The effort was there. A bit disappointed though; had someone stood up and made 20-30 runs it could have made a difference with Mushfiqur Rahim. The plan was to take the pace off the ball and stick to your strengths as a bowler, but they didn't stick to that well. The good thing is that we have a chance to make it to the finals in the next game against Sri Lanka.

Rohit Sharma is the Man of the Match for his 89-run knock!

Siraj bowls the final over, with Mushfiqur guiding the ball to short third man off a back-of-length delivery that angles into him. Mehedi tries heaving the ball down the ground, but fails to connect and ends up getting caught by Raina at long on. Nine runs off the next three deliveries, with Rahim collecting two boundaries off it and one being called wide for height. With the match virtually over, Siraj ensures that he does't give away any extras, and collects dots off the last two deliveries, as Rahim remains unbeaten on 72 off 55 balls but fails to get his team through on this occasion,

India win by 17 runs and are the first team to book their place in the final. Sri Lanka and Bangladesh now face off in a virtual semi-final on Friday.

Dot balls off the last two deliveries of the innings, and India are through to the final with a 17-run victory against Bangladesh!

Lack of muscle power cost Bangladesh the match. Power hitting is such a vital ingredient of this format of cricket and Bangladesh, for all their spirit, lacked that. The wayward Indian  pace bowlers got away cheap. Their bowling is a worry. May be spinner Suresh Raina may have to bowl more than an over or two in the final. 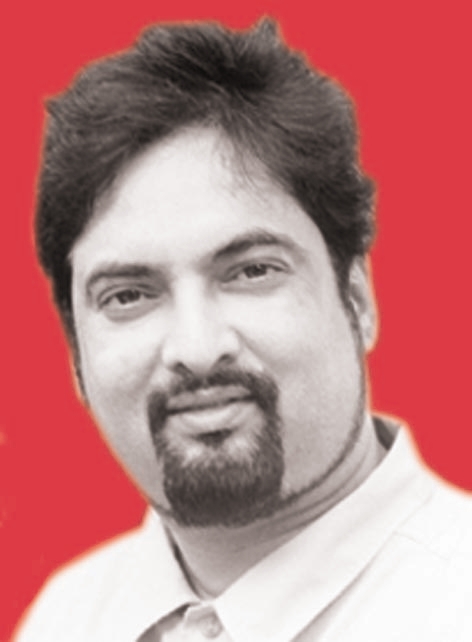 FOUR! Mushfiqur carves this one through extra-cover, though the shots are coming a tad late, with Bangladesh needing 18 off 2. BAN 159/6

Rohit Sharma is the Man of the Match for his 89-run knock!

OUT! Mehedi tries going big down the ground, but ends up holing out to Raina at long-off, as Siraj collects his first wicket — using the knuckle ball to good effect on this occasion. BAN 150/6

FOUR! Cut away towards the backward point boundary, and Rahim brings up his second consecutive half-century! A quality innings, coming at a time when Bangladesh were down in the dumps with the scorecard reading 61/4. BAN 132/5

BOWLED EM! Swing and a miss, and Sabbir is starting to trudge back to the dressing room, as Thakur gets the much-needed breakthrough for the Indians by clipping the batsman's off-stump with a knuckle ball! BAN 126/5

FIFTY-PARTNERSHIP up between Mushfiqur and Sabbir, with the latter flicking a full delivery from Shankar towards long-leg, where the fielder nearly pulls off a stunner, and ends up saving two runs for the Indians. Has been a useful stand for Bangladesh so far, with the Tigers back in the hunt for now. BAN 112/4

OUT! First wicket for Chahal, and this time it is the skipper Mahmudullah who has to depart! Pulls towards deep midwicket, but doesn't get the distance, with the ball landing in Rahul's palms. BAN 61/4

BOWLED EM! What a spell this is turning out to be from Sundar! Bowls a back-of-length delivery along leg, with the ball crashing onto the leg stump after Tamim misses it completely while looking for a slog. BAN 40/3

BOWLED EM! What a spell this is turning out to be for Sundar! Sarkar misses an arm ball from Sundar that skids and rattles his leg stump! BAN 35/2

OUT! Sundar shortens the length, keeping it outside off, and Das misses after advancing down the track, misses and gets stumped. BAN 12/1

OUT! Rohit Sharma is dismissed off the last ball of the innings, as he hits the ball towards the bowler. Rubel picks the ball up after a fumble, and ends up disturbing the furniture at the non-striker's end. IND 176/3

OUT! Raina misses out on a half-century, as he flicks a full delivery straight into the hands of the fielder at deep midwicket! A quality innings from the southpaw nevertheless. IND 172/2

FOUR! Raina, having taken his helmet off, smacks the ball towards the midwicket fence to bring up the fifty-stand with Rohit for the second wicket! IND 122/1

FIFTY for Rohit Sharma — his 13th in T20I cricket as well as his third against Bangladesh in the format! Takes 42 deliveries to get to the milestone! More importantly, he breaks the rut of low scores that had been building pressure on him for the last few games. IND 91/1

BOWLED EM! Rubel finally gets the breakthrough! Uproots Dhawan's middle-stump with a yorker, with the southpaw bringing his bat down a tad late. IND 70/1

FIFTY-partnership up between Dhawan and Rohit for the opening wicket, with the latter collecting a single at the start of the seventh over to bring up the milestone.

India vs Bangladesh, Nidahas Trophy 2018, latest update:  Siraj bowls the final over, with Mushfiqur guiding the ball to short third man off a back-of-length delivery that angles into him. Mehedi tries heaving the ball down the ground, but fails to connect and ends up getting caught by Raina at long on. Nine runs off the next three deliveries, with Rahim collecting two boundaries off it and one being called wide for height. With the match virtually over, Siraj ensures that he does't give away any extras, and collects dots off the last two deliveries, as Rahim remains unbeaten on 72 off 55 balls but fails to get his team through on this occasion. India win by 17 runs and are the first team to book their place in the final. Sri Lanka and Bangladesh now face off in a virtual semi-final on Friday.

Preview: Buoyant after registering a six-wicket victory over Sri Lanka, a confident Rohit Sharma-led India would aim to seal a final berth in the Nidahas Trophy Twenty20 tri-series when they face a tricky Bangladesh at the R Premadasa Stadium in Colombo on Wednesday.

By no means would Bangladesh be pushovers in the shortest format of the game as well after their record 215-run chase against Sri Lanka and a win against India will bolster their chances of making it to Sunday's final.

India lost to Sri Lanka unexpectedly in the tournament opener but came back strongly to beat both Bangladesh and the hosts consecutively. A defeat may not be end of the road for India as it will then depend on the outcome of the final game between Bangladesh and Sri Lanka. The net run-rate will also be a factor.

India don't have key players including regular captain Virat Kohli for this tri-series meant to give the younger crop a chance.

A few players such as Deepak Hooda, Mohammed Siraj and Axar Patel are yet to play a game in the tournament but the likes of all-rounder Vijay Shankar -- playing in place of Hardik Pandya -- and paceman Shardul Thakur have done well.

Skipper Rohit Sharma has been out of form and the Mumbai batsman would like to hit the purple patch as soon as possible. Rohit's sudden slump does not augur well for the team as well as his IPL franchise Mumbai Indians.

India have not got good starts in the tournament despite Shikhar Dhawan's (153) blazing form as Rohit has been dismissed cheaply in all the matches.

Suresh Raina has got his 20s while Manish Pandey has remained steady in the middle-order. Dinesh Karthik's 39 off 25 balls against Sri Lanka has ensured that Rishabh Pant will continue to warm the dug-out.

Coming to Bangladesh, in their first meeting India did well to restrict them to 139 but in their very next match, the likes of Tamim Iqbal, Liton Das, Mushfiqur Rahim hammered the Sri Lankan attack into submission chasing down the highest-ever target on Sri Lankan soil.

Thakur has done well in the last two games while Vijay Shankar has also been steady with his variations.

In-form wrist spinner Yuzvendra Chahal has been expensive in both games against Sri Lanka while off-spinner Washington Sundar has shone opening the bowling in the Powerplay overs in every game.