Sri Lanka have opened their account in the World Cup with a win tonight. It was quite a match in which the momentum kept swinging. Sri Lanka made a good start but then endured a dramatic collapse. Rain delay was followed by a decent start of the chase by Afghanistan but Sri Lanka's experienced bowling proved to be too good on the day. Both sides need to improve their bating to do better going forward.

That's all from our side for tonight. India play their first match tomorrow and we will meet you guys for that game. Good night!

Dimuth Karunaratne: We had a good start after a long time but then we lost a couple of wickets. That's the negative part but otherwise, the bowling and fielding was good. It's not easy to stay positive after losing the first match. We have experience of these conditions and that helped. We need to improve out batting in middle overs.

It will be a quick turnaround for the Sri Lankans who now travel to Bristol. Within seven days they would play Pakistan and Bangladesh and they should enjoy the conditions over there. This win by the way is Sri Lanka’s first win in Cardiff. They had previously lost six games in Cardiff before today. They owe it to their seamers. The batters need to show character. 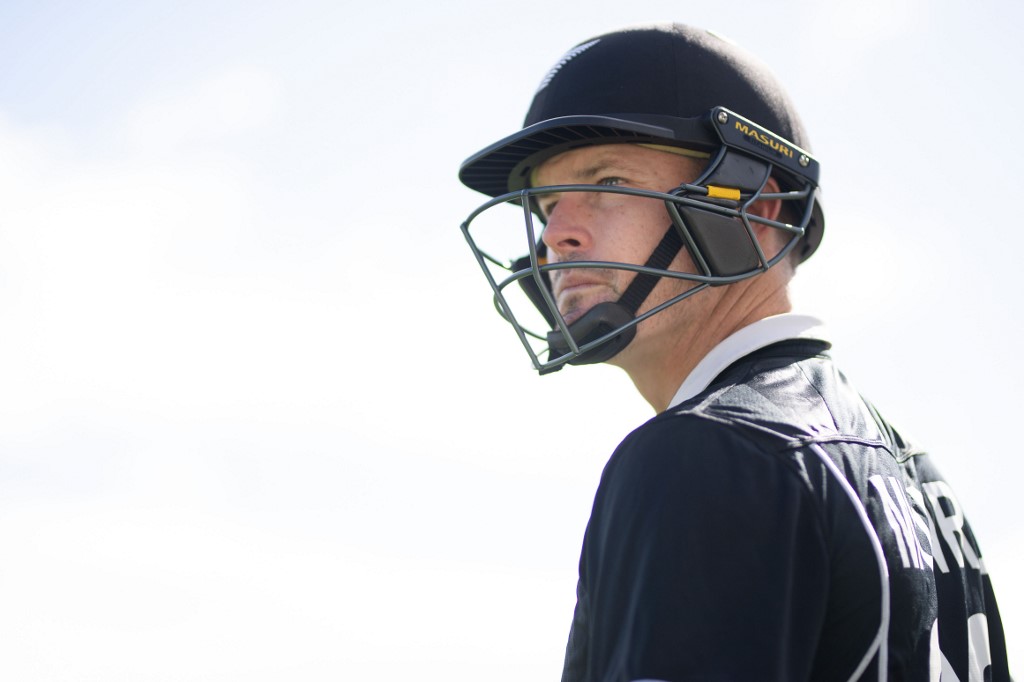 Gulbadin Naib, Afghanistan captain: We did not bowl right areas at the start. We lost the momentum from there. We missed it it there. Nabi bowled well. Wicket was not easy for the batter. I asked bowlers to hit the deck hard. They stopped them before 200. Target was not that much. We have been preparing for these moments in the last 2-3 months. We need to improve and build small partnerships.

Thisara Perera: "We knew the ball would do something in these conditions if you hit the right length. I'm normally a good fielder so I am happy to take a crucial catch. We have an experienced attack, we thought we could defend the total"

Sri Lanka get out of jail eventually. A Lasith Malinga yorker has broken many a heart all these years and he has done it again. He cleans up Hamid Hassan. Sri Lanka  will feel relieved. What splendid effort by their seamers. Nuwan Pradeep was hero with career best four for 31. Then Malinga was too good for the tail as he has done time and again. Good back up by rest of the bowlers as well. Sri Lanka gain first points in the World Cup. They can move to Bristol with a sigh of relief but batsmen need to do a lot of work. Angelo Mathews need to be given a shake up for his casual approach with the bat. So is Kusal Mendis.

This is also Sri Lanka's first win against a full-member team out of last 10 ODIs.

This is the first win for Sri Lanka at Cardiff out of six ODIs.

Skipper Karunaratne produces a bit of magic with his fielding to remove the dangerous Zadran. The batsman played a drive to mid-off and set off for a single but Karunaratne was quick to collect the ball and target the stumps with a direct hit to catch Zadran short of the crease

A classic Malinga yorker does the job! Malinga was looking for that perfect slow yorker but failed twice before but not this time. Squeezed that under Dawlat's bat to break the stumps.

Well done, Pradeep! Sri Lanka back on top. Pradeep has now reached his best figures in ODIs. The ball moved back in after pitching to escape the whip shot from Rashid to clip his pads and top of the stumps.

Pradeep traps Naib to break the partnership. The ball moved back in from good length to hit his pads. Naib took the review but replays showed it was clipping leg.

Absolute beauty from Thisara Perera. Got the ball to move back in off the surface as Nabi went playing for the wrong line and his stumps were broken. Afghanistan in deep trouble.

Excellent bowling from Pradeep to get Afghanistan four down. Went with the conventional bouncer and got it to climb up as Shahidi was looking to force it away but there was too much bounce as he edged it to the keeper.

Left-armer Udana does the job for Sri Lanka this time. It was the angle that worked for the pacer. It was put across Rahmat Shah, cramping him for room as he edged it to the slip fielder.

Malinga breaks the opening partnership. Soft dismissal for Afghanistan. Shahzad failed to read the slower delivery as he chipped it to Karunaratne at short mid-wicket.

OUT! That's the end of Sri Lanka's innings. They end up with 201 on the board.
Googly from Rashid and it was too good for Pradeep, who could not read the ball and the ball came in sharply after pitching. It hit the outside edge of his bat before hitting the stumps. He goes back for 0. Pradeep b Rashid Khan 0(4)

The revised target as per DLS for Afghanistan is 187.

OUT! Excellent slow yorker from Zadran, Malinga had no clue about it. Got the taste of his own medicine, to be honest and Zadran could not help but celebrate the wicket a little more animatedely than he would have thought. Sri Lanka nine down now. Malinga b Dawlat Zadran 4(14)

OUT! Wow, Sri Lanka, Perera, under these circumstances, tries a reverse-sweep, fails at it, ball takes the edge off the bat and goes into Shahzad's gloves. Another wicket gone. The 8th wicket. Sri Lanka's best batsman today back in the hut as well. Rashid gets the wicket. Kusal Perera c Mohammad Shahzad b Rashid Khan 78(81)

OUT! Sri Lanka lose their seventh. Phew! This is tragic for them. This was nothing delivery but this was also a nothing shot from Udana as well. An ugly heave attempted, missed the ball, the ball hit the middle stumps. Udana b Dawlat Zadran 10(21)

OUT! This was on the cards, Kusal and Thisara were calling badly for singles. This time Thisara hit it to short cover and wanted to run, came half way to the pitch before asked by Kusal to retun, throw came at rocket speed from Shahidi and keeper Shahzad took the bails off quickly as Thisara fell short by inches. T Perera run out (Shahidi/Mohammad Shahzad) 2(4)

OUT! AFGHANISTAN HAVE JUST ARRIVED, LADIES AND GENTS! Lovely delivery from Hassan, came in to Dhananjaya de Silva after pitching. The right-handed batsman had no answer to the ball, edged it to the keeper behind the stumps. What is happening, Sri Lanka? Dhananjaya de Silva c Mohammad Shahzad b Hamid 0(4)

OUT! Nabi takes another one. This is the third wicket in the over. CRAZY scenes in Cardiff. This time he goes a little straight arm, just simple off spin, Mathews wanted to cut it, ended up edging it to first slip, the ball travelled to Rahmat there deflected off the keeper's pads but he held on to the catch. WHAT A COMEBACK FROM AFGHANISTAN.
Mathews c Rahmat b Nabi 0(2)

OUT! Superb from Nabi, what a gem he is for Afghanistan. Round-arm action this time from him, ball held its line after pitching, produced the edge off new batter Mendis' bat, and went straight to Rahmat Shah at first slip. The last ball had gone wide off Shah and this time he was ready for the catch. Afghanistan continue to come back and it is Nabi who is leading the comeback. Kusal Mendis c Rahmat b Nabi 2(2)

OUT! That's the end of Thirimanne and guess what, it is Nabi with the wicket, came from over the wicket, simple off spinner which seems to have come to Thirimanne rather quickly. The ball found a big gap between bat and pad, disturbed the timber. Thirimanne b Nabi 25(34)

Lahiru Thirimanne joins Perera in the middle. Another left-handed batsman so Afghanistan can continue to stick to the same plan. Naib continues and he has given a good start to yet another Sri Lankan batsman. Front-foot no-ball and a free hit to Thirimanne. Bad bowling really. Hundred up for Sri Lanka. They are aiming at a big target today. Not to forget, 3000 ODI runs for Thirimanne.

OUT! Soft dimissal for Karunaratne. Nabi bowled another wicket-to-wicket line, Karunaratne danced down the track and it appeared the ball skidded on to the bat, as he could not get the elevation, hitting the ball straight to the fielder at mid-on. Karunaratne c Najibullah b Nabi 30(45)

Meanwhile, Dimuth Karunaratne urged his Sri Lanka flops to stay positive after they were jeered by angry fans during Saturday's embarrassing 10-wicket loss to New Zealand in their opening match of the World Cup.

Sri Lanka crashed to 136 all out after being put into bat first in Cardiff and the Black Caps chased down the modest target in 16.1 overs.

But skipper Karunaratne, who stood out with his unbeaten 52, said all is not lost as long as his players don't dwell on the defeat.

"I think we have another eight games to go. We need to (keep our) chin up and play very well," Karunaratne said in the post-match press conference.

"We need to see what we have. On the back end we need to get some partnerships, (and in) the middle part. Those are the key areas. We're looking forward to doing it."

The 1996 champions were on the receiving end of some booing by a group of Sri Lankan fans who were frustrated by the tame nature of their team's loss.

Karunaratne will hope that his team will fight back against Afghanistan and clinch the victory.