The Crown and the Corgis: What happens to Queen Elizabeth's beloved pets now?

Queen Elizabeth II leaves behind four royal canines — two corgis, Candy and Muick, a ‘dorgi’ named Sandy, and her most recent addition, Lissy, a cocker spaniel. While her son, Prince Andrew, will take care of two of them, the future of the others will be decided by King Charles III

When Queen Elizabeth II — Britain’s longest-serving monarch — passed away on 8 September, questions about her funeral, the coronation of King Charles III have been swirling. However, one question that most people have been asking is about the fate of her corgis, pets she has treasured since her childhood days.

We take a closer look at Queen Elizabeth II’s love for her corgis and their rehoming after her demise.

Britain’s longest-serving monarch leaves behind four royal canines — two corgis, Candy and Muick, a corgi-dachshund cross — or ‘dorgi’ — named Sandy, and her most recent addition, Lissy, a cocker spaniel she named after herself.

News agency AFP has reported that the Queen’s third son, Prince Andrew, his former wife, Sarah Ferguson will take on Muick and Sandy.

Incidentally, the two corgis — Muick and Sandy — were a gift to the Queen by Andrew and Sarah. In fact, dresser Angela Kelly was quoted as saying that the pets were a comfort to the Queen while she was at Windsor Castle during the coronavirus pandemic. 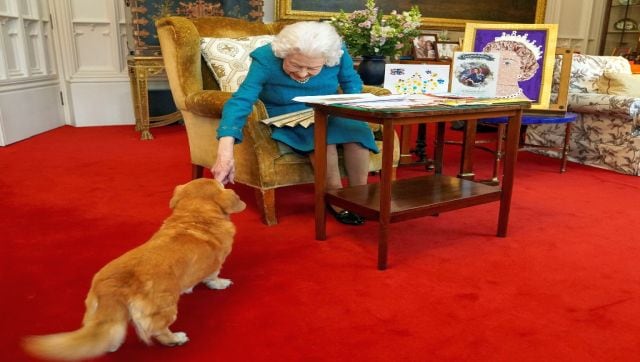 File image shows Britain’s Queen Elizabeth II stroking Candy, her corgi dog, as she looks at a display of memorabilia from her Golden and Platinum Jubilees, in the Oak Room at Windsor Castle, west of London. AFP

Candy, the Queen’s last surviving dorgi – a cross between a dachshund and corgi – is also likely to join Muick and Sandy as the dogs are used to each other’s company.

Otherwise, Candy will probably be given to a member of staff. In the past when the Queen bred litters of puppies there had been keen competition to acquire one among employees at her Royal residences.

The fate of another of the late Queen’s dogs, Lissy, whose pedigree name is Wolferton Drama, and is the current Kennel Club cocker spaniel gundog champion, has not yet been decided. Lissy, named after the late Queen, lives with her trainer Ian Openshaw. A decision about her future is expected to be made by King Charles in the coming weeks.

During her impressive 70-year-reign, Queen Elizabeth II is thought to have owned more than 30 corgis — and tolerated no less than the royal treatment for them.

It has been reported that her dogs were treated royally; according to the BBC-cited book All The Queen’s Corgis by royal author Penny Junor, “There is a special corgi room where they have raised wicker baskets lined with cushions” to keep them warm. Meals of beef, chicken, rabbit, liver, cabbage and rice were usually prepared by a chef, but sometimes by the Queen herself.

The corgis have been photographed riding with their mum in limousines and being lifted out of private planes by security personnel.

During the holiday season, the corgis followed the Queen to her estate at Sandringham, where, according to the BBC, “they each have their own stocking, filled by the Queen herself.”

The Queen’s love for her pets was often spoken of by other royal family members too. Princess Diana once called them a “moving carpet” always by her mother-in-law’s side.

Prince Philip, the Duke of Edinburgh, however, didn’t share his wife’s love for the little four-legged friends. He apparently was once heard complaining, “Bloody dogs! Why do you have to have so many?” 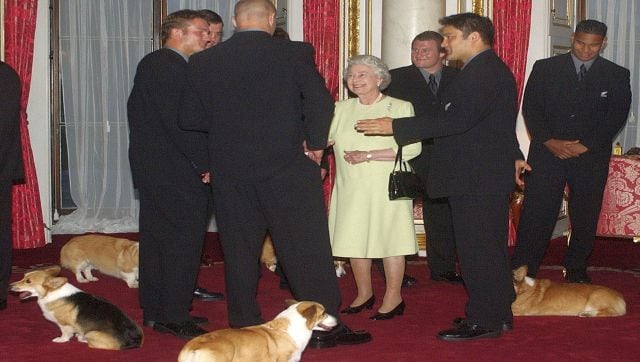 When the love story began

The Queen’s love for corgis was instilled in her by her father, King George VI. He gifted Elizabeth with her first pup Susan on her milestone 18th birthday in 1944.

Susan was by the Queen’s side throughout much of the heartache and upheaval of her younger years. The Queen’s love for Susan was so strong that Susan when she the Duke of Edinburgh in 1947, she sneaked the pooch into the carriage with her after her wedding on the way to Hampshire.

The Queen was said to have also hidden the corgi under a pile of blankets, and Susan would later join the newlyweds on their honeymoon in Scotland.

Susan was around when Elizabeth became a mother upon the birth of Prince Charles in 1948 and Princess Anne two years later. File image of Queen Elizabeth II and the Duke of Edinburgh, with their children Prince Charles and Princess Anne, play with the Queen’s corgi pet, “Sugar,” foreground, and the Duke’s “Candy” during the royal family’s summer holiday at Balmoral castle in Scotland, on August 15, 1955. AP

And when King George VI died in 1952, the corgi was there to comfort and support the new Queen in her time of heartbreak.

Susan was also the Queen’s faithful companion when her beloved paternal grandmother Queen Mary died in 1953 shortly before her coronation.

In her lifetime, Susan gave birth to Honey and Sugar and from there the corgi family tree expanded to include dozens of dogs that can be traced back to her.

what’s your favorite royal corgi name mine is PLOVER pic.twitter.com/XiuIcluc9h

She also became notorious for biting the ankles of a royal clock wind, attacking the legs of many servants, a detective, a police officer and a Grenadier guardsman, reported The Guardian.

Susan died in 1959 and the Queen was said to be devastated by the loss of her canine friend.

She personally designed the gravestone for Susan’s plot at the pet cemetery located at Sandringham House, and in the inscription, Susan is referred to as the Queen’s “faithful companion”.

Queen Elizabeth II and the ‘dorgi’

The Queen’s love for this stunted Welsh cattle dog also gave rise to the new breed of dog known as the ‘dorgi’ when her corgi Tiny was mated with a dachshund ‘sausage dog’ called Pipkin which belonged to her sister, Princess Margaret.

When asked by royal photographers how they were able to mate given their size difference, the Queen replied, “Oh, it’s very simple: we have a little brick they can stand on.”

So charmed the Queen was with the new breed that she mated the dogs again and about 10 dorgi pups were born over the years.

BBC reports that they’re varied in appearance, with some ears pointing up, corgi-like, and others hanging down. But all of them had long tails and were smaller than pedigree corgis.

The dogs were seen originally to have been good for the Queen’s image, with several people noting it made her look “warmer” to the public to be accompanied by animals. They were also seen as a way for her to break the ice when she met new people.

In 2002, for the monarch's Golden Jubilee (her 50th anniversary on the throne), the United Kingdom issued a new coin depicting the Queen alongside a corgi.

Her pets also became television stars when three of them featured along with her during the London Olympics opening ceremony with Daniel Craig as James Bond. Monty, Willow and another corgi Holly, greeted the secret agent, played by Daniel Craig, as he arrived at the Palace to accept a mission from the Queen.

I think Queen Elizabeth had a great sense of humour and she was a good sport. She proved this when she made her grand entrance to the London 2012 Olympics alongside Daniel Craig as James Bond.
This was absolutely magnificent.
#RIPQueenElizabeth #QueenElizabeth #JamesBond pic.twitter.com/T9gKTcQzdU

The dogs ran down the stairs, performed tummy rolls and then stood as a helicopter took off for the Olympic stadium, carrying Bond and a stunt double of the monarch.

It’s also not surprising to see that in his first address to the nation as King on Friday, Charles displayed a corgi-adorned vase on his desk filled with sprigs of rosemary — a sign of remembrance.

Following days of turmoil that have damaged the British royal family’s reputation, Prince Andrew announced that he will step back from public duties 'for the foreseeable future' because of his association with a notorious American sex offender

Queen Elizabeth II in ill-health: Why latest news is cause for concern

After a rare update from Buckingham Palace saying doctors are concerned about the health of Queen Elizabeth II, her closest family are speeding to her side and politicians and clergy are expressing concern