'Godmen' who exploit women are not an anomaly in India. Stories of Asaram Bapu, Gurmeet Ram Rahim and Gulzar Ahmad Bhat have sent shockwaves across the country. Now Shivamurthy Murugha Sharanaru, the chief pontiff of Karnataka’s influential Lingayat mutt, has been arrested for sexually abusing girls

Shivamurthy Murugha Sharanaru is head of the Jagadguru Murugharajendra Vidyapeetha, a prominent and influential Lingayat seminary visited by many political leaders. PTI

Days after an FIR was filed against Shivamurthy Murugha Sharanaru, the chief of the Jagadguru Murugharajendra Vidyapeetha — an influential Lingayat seminary in Karnataka — was arrested on Thursday night, pushing Karnataka to the edge. He was then sent to 14-day judicial custody in Chitradurga district jail.

The arrest comes after a complaint filed by a Mysuru-based NGO Odanadi Seva Samsthe, alleged that Sharanaru, another seer and two others allegedly sexually abused two minor high school girls residing in the mutt’s hostel. As per news agency PTI, the accused have been booked under the Protection of Children from Sexual Offences Act 2012 (POCSO) Act and sections of rape.

It is alleged that the two girls, aged 15 and 16, studying in a school run by the mutt and residing in a hostel, also run by the monastery, were sexually abused between January 2019 and June 2022.

Incidentally, Sharanaru is the same seer who initiated Congress leader Rahul Gandhi into the Lingayat sect earlier in the month. The ceremony had seen the religious leader applying vibhuti (sacred ash) on Gandhi’s forehead. The Congress leader later wrote about the experience on the Twitter.

It is an absolute honour to visit Sri Jagadguru Murugharajendra Vidyapeetha and receive the ‘Ishtalinga Deekshe’ from Dr. Sri Shivamurthy Murugha Sharanaru.

The teachings of Guru Basavanna are eternal and I am humbled to learn more about it from the Sharanaru of the Math. pic.twitter.com/5Dgj53roSp

As the police continues its probe, here’s a look at self-styled godmen who have been involved in cases of sexual assault.

The self-styled godman with around 425 ashrams and more than 50 gurukuls all over, and a tremendous following both in India and abroad, was found guilty for the rape of a 16-year-old girl in a case that dates back to 2013.

According to the complaint lodged on 20 August 2013, Asaram had raped the then 16-year-old girl on the pretext of giving her his blessings at his ashram in Jodhpur. After his arrest, other sexual assault survivors started coming out and reporting similar incidents against him.

The Indian Express reports that since the cases have been lodged several victims and witnesses have either been silenced forever or have been threatened with dire consequences by his followers.

In 2019, Asaram’s son Narayan Sai was also sentenced to life imprisonment for raping and assaulting a woman at one of Asaram’s ashrams between 2002 and 2005.

He was also accused of having physical relations with eight other girls, some of whom were his followers. This self-styled godman, who was named as one of the 100 most spiritually influential living people in the world by Watkins’ Mind Body Spirit magazine, found himself in trouble when a video of him in a compromising position with a television actress was telecast by local Tamil channels in 2010.

He had defended himself against allegations of any wrongdoing by saying that the video was morphed and manipulated to misrepresent his personal life.

Later in June 2012, he was accused of rape by Indian-born American citizen, Arthi Rao. Rao alleged on television that Nithyananda had raped her for several years. Nithyananda again denied the allegations.

Nithyananda now lives in a 'new country' named Kailaasa, which has its own passport and a flag.

Gurmeet Ram Rahim Singh, the founder of Dera Sacha Sauda, was declared guilty in a rape case by a special CBI court in Panchkula and sentenced to 10 years in Rohtak prison.

After the guilty verdict, angry supporters of Ram Rahim went on a rampage and the ensuing violence left 36 people dead.

Investigations had revealed that the Dera Sacha Sauda was a den of vice, also prompting newspaper editorials and social media debates on why people have faith in ‘godmen’ accused of rape and sexual harassment. 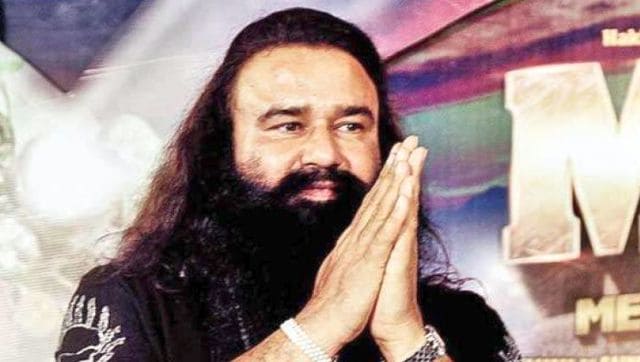 Prem Kumar Sundaram, a Sri Lankan Tamil, started an orphanage and ashram in Sri Lanka and later moved to Tiruchirappalli (Trichy) in Tamil Nadu in 1984, due to the civil war in the neighbouring country.

He then established an ashram and became Swami Premananda. The ashram spread its wing to many countries as the long-haired and bearded Premananda, clad in saffron silk shawl, gave darshan to people. Devotees revered him, but that was only until 1994, when Arul Jyothi, who was in his orphanage, levelled the charges of rape against ‘Swamiji’. She was pregnant and later aborted the child.

When investigations began, two ashram occupants reported about the murder of an inmate Ravi, who was trying to expose Premananda. Additionally, more girls also came out with their stories of abuse by the swami.

He was sentenced to life by the Supreme Court in 2005. He passed away in February 2011 owing to ill health. Swami Premananda was sentenced to life in 2005 but ended up passing away in 2011 due to prolonged illness. Image Courtesy: sripremananda.org

In October 2021, a 24-year-old Muslim cleric from Kerala’s Manikyavilakom was sentenced to 25 years of rigorous imprisonment for raping a minor girl. According to the police, the incident dated back to 2018 when the maulvi befriended the minor, who was then a Class X student. He forced her into a physical relationship by promising to marry her.

However, he later reneged on the promise, pushing the girl to attempt suicide. She later told the police that the cleric had threatened to kill her if she revealed her ordeal to others.

As per a Times of India report, the scandal came to light when one of his disciples Imtiyaz Ahmad Sofi saw him indulging in a sexual act with a young girl. Police arrested Bhat, who also went by the name of Syed Gulzar, after four girls recorded their statement.

Police said at his centre, the self- styled godman had been repeatedly exploiting the girls sexually on the pretext of “purifying” them.

The Catholic Church in India was rocked when in 2018, a 44-year-old nun alleged that Jalandhar bishop Franco Mulakkal had raped her and subjected her to unnatural sex 13 times between 2014 and 2016 at a convent in Kerala.

She also alleged that the church ignored her complaints. When he was later arrested, Mulakkal became the first Catholic priest in the country to be arrested on charges of sexual assault.

He was formally charged in 2019 after months of protests and allegations of a coverup.

However, in January this year, the Kottayam additional district and sessions court acquitted him on all charges, saying the prosecution had failed to produce evidence against him.

she found a blade in the soap box with which She attacked the girl's face and body. Then slit her throat. She further alleged her daughter even cleaned the blood with water and kept the blade she used to murder back in the soap box

Minorities like Ahmadis are often targeted by religious extremists. Former military dictator Gen Zia-ul Haq made it a punishable offence for Ahmadis to call themselves Muslims or to refer to their faith as Islam