Senior leaders like KC Venugopal, Digvijaya Singh, Kumari Selja and Mallikarjun Kharge can be among the likely contenders for the Congress president post. PTI/File pic

After a major embarrassment for Congress in Rajasthan, Chief Minister Ashok Gehlot is reportedly no longer being considered as a candidate for the party’s upcoming presidential polls.

As per media reports, Sonia Gandhi is ‘upset’ with Gehlot over his loyalist MLAs’ powerplay in Rajasthan which plunged the Congress into another crisis.

In what is being viewed as a pressure tactic, more than 80 MLAs belonging to the Gehlot camp had submitted their resignation letters to Assembly Speaker CP Joshi on Sunday evening.

The move came amid Congress leadership’s apparent bid to replace Ashok Gehlot with his rival Sachin Pilot as the Rajasthan chief minister as the former would take the reins as the Congress president.

Even though three ministers close to him led the rebellion, Gehlot maintains that he was not behind the revolt. “Nothing is in my hands. The MLAs are angry,” he told the central leadership, as per NDTV.

The top Congress brass is not keen on Gehlot filing the nomination papers. “The way Gehlot behaved hasn’t gone down well with the party leadership. They are very upset with him,” a senior Congress Working Committee (CWC) member told India Today.

Meanwhile, Sonia Gandhi has asked the central observers Mallikarjun Kharge and Ajay Maken, who were sent as central observers to Jaipur for a Congress Legislature Party (CLP) meeting, to furnish a written report on the mutiny in Rajasthan.

With Gehlot apparently ‘out’ of the race, who are the Congress leaders that can run for the party president post?

Let’s have a look:

Congress MP Shashi Tharoor was the first to express his desire to contest the organisational polls.

Before the Rajasthan drama unfolded, Gehlot and Tharoor were seen as the top contenders for the Congress presidential election.

On Sunday, Tharoor made his entry official and his representative collected five sets of nomination papers from the All India Congress Committee (AICC) headquarters. A day later, Tharoor claimed that he enjoys the support of party workers from across the country for his bid for the top party post.

“You will see the support I enjoy when I submit my nomination paper. I will be in the fray if I get support from party workers from the majority of the states. So many people from different parts of the country have requested me to be in the fray,” he was quoted as saying by PTI. 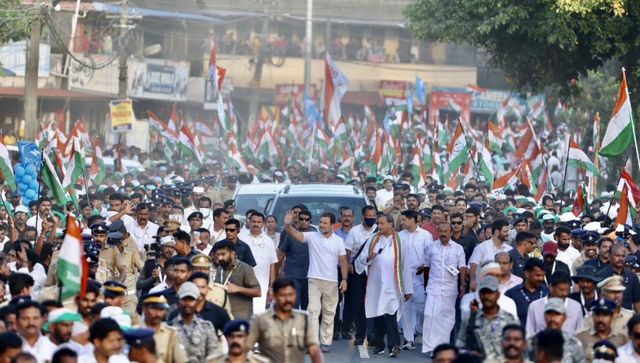 Shashi Tharoor said the Gandhis– Sonia, Rahul and Priyanka– do not have any issue with him contesting the Congress president polls. Twitter/@ShashiTharoor

He also met Rahul Gandhi on the sidelines of Bharat Jodo Yatra at Pattambi in the north Kerala district on Monday. The Thiruvananthapuram MP told reporters he has talked to the Gandhis– Sonia, Rahul and Priyanka– “and all three have directly told me that they don’t have any issues” with him entering the fray.

AICC general secretary in-charge of organisation KC Venugopal is now among the top names being considered by the Congress leadership for the 17 October presidential polls.

As per IANS, Venugopal is Rahul Gandhi’s choice, however, there is no confirmation yet if he will run for the Congress president post. 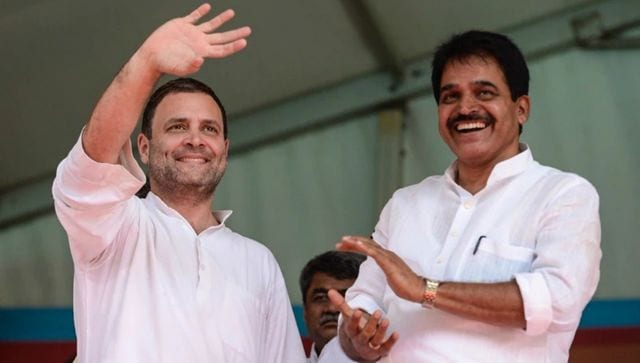 He was chosen by Rahul as the AICC general secretary in-charge to succeed Ashok Gehlot, who had shifted to Rajasthan as the chief minister in 2018.

Senior Congress leader Digvijaya Singh has given mixed responses on his possible candidature.

When Gehlot was seen as the frontrunner for the top Congress post and Singh was asked who he would pick between the Rajasthan chief minister and Shashi Tharoor, the former Madhya Pradesh chief minister had told NDTV that he was not ruling himself out of the race.

“Everyone has the right to contest… You will know the answer on the evening of 30th (last day of nominations),” he had said.

However, during a press conference in Jabalpur on Friday, he ruled himself out of the contest, adding that he would abide by the top leadership’s instructions.

Notably, former MP chief minister Kamal Nath has said he is “not interested” in contesting the presidential poll.

Haryana Congress leader Kumari Selja’s name has also cropped up as a contender for the top Congress post, IANS reported.

A Dalit leader from Haryana, Shelja served as a Union minister in the Manmohan Singh government. 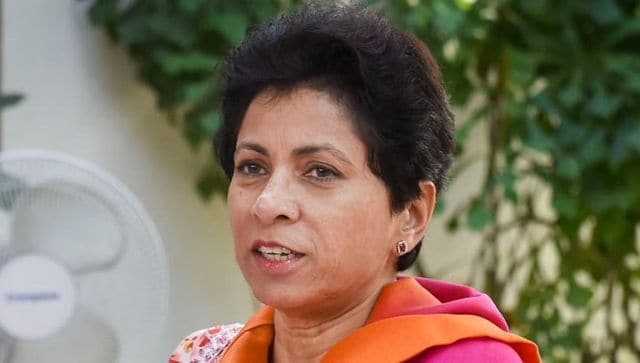 Kumari Selja’s name is also doing rounds as a contender for the race for Congress president. PTI File Photo

In June this year, the former Haryana Congress chief Kumari Selja was appointed as a member of the CWC, the top decision-making body of the party.

Leader of Opposition in Rajya Sabha Mallikarjun Kharge and Congress general secretary Mukul Wasnik are likely to throw their hats in the ring, as per India TV.

“He (Ashok Gehlot) is out of the Congress presidential race. There will be other leaders who will file the nomination before 30 September. Mukul Wasnik, Mallikarjun Kharge, Digvijaya Singh, KC Venugopal in the race,” a senior Congress leader was quoted as saying by India Today.

The notification for the Congress president election was released on 22 September.  Interested candidates can file their nominations from 24 to 30 September.

The last day to withdraw the nomination is 8 October.

After withdrawal, if need be, then elections will be held on 17 October.

The result of the Congress presidential polls will be declared on 19 October.