The Maharashtra government has tasked the Tata Institute of Social Sciences (TISS) with conducting a study of the Muslim community to ‘bring them into the mainstream of economic development.’

The state has allocated the project Rs 33.92 lakh.

“Of workers in the region, the Tata Social Research Council, Mumbai, has enumerated 56 workers among the six regional revenue commissioners of the state of Maharashtra,” it said.

“Administrative approval is being given to the said study group with a total amount of ₹ 33,92,040 including financial sanction,” it added.

But why is this happening? How will it be conducted? Let’s take a closer look:

The Maharashtra minority development department headed by Chief Minister Eknath Shinde has tasked the Tata Institute of Social Sciences (TISS) to conduct a study on the social, economic and educational development of the Muslim community in 56 cities in Maharashtra that have a substantial Muslim population In Maharashtra, Muslims comprise nearly 11 per cent of the population.

As per the government statement, the study is being conducted “in order to bring the Muslim community into the mainstream of economic development in the state of Maharashtra, by studying the educational, economic and social status of the Muslim community and taking into account the constraints of geographical areas, suggest measures to increase participation in the important sectors of the economy.”

“The study will focus on education, health, employment, standard of living, financial assistance, infrastructure availability and availing of government schemes in order to bring the Muslim community in Maharashtra to the mainstream,” as per the government resolution.

The GR added that those in the study will conduct interviews, and hold discussions with the relevant groups and submit the report in four months.

As per Indian Express, some claim the Shinde faction-BJP government is reaching out to the Muslim community ahead of the upcoming BMC polls.

This in the backdrop of RSS chief Mohan Bhagwat made his first-ever visit to a mosque  – his second visit with Muslim intellectuals over the past month.

The RSS is the ideological fountain head of the BJP.

That meeting came amid the Gyanvapi mosque row, the hijab row in Karnataka and suspended BJP leader Nupur Sharma’s comments on the Prophet, which triggered violence and protests as well as in the aftermath of Bhagwat’s June speech in which he told his cadre not to ‘look for Shivling’ under every mosque.

However, others claim it is part of a balancing act from the Shinde faction which has been trying to one-up the Uddhav Thackeray Sena when it comes to burnishing Hindu credentials, as per the report. Shinde has been attacking Uddhav for compromising on his father Bal Thackeray’s principles by ditching the BJP for the Congress and NCP.

However, sources told the newspaper that though the survey order may send the minority community some positive signals, there is not likely to be much urgency on the matter.

A section remains uncertain about the implementation of even the order, let alone the survey, sources said.

“The chief minister will take the final call on this,” an official told the newspaper.

BJP leader and spokesperson Keshav Upadhye told Indian Express the survey was a reflection of his party’s focus on ‘Sabka Saath, Sabka Vishwas’. “Whether Muslim or non-Muslim, we believe in all-round development. This survey is out of that belief, that all sections of the society should progress,” he said.

As per PTI, the Maharashtra government had in 2008 formed the Mehmoodur Rehman Committee to study the educational, social and economic backwardness of Muslims and suggest measures to improve their condition.

The seven-member committee, headed by retired IAS officer Mehmood-ur-Rehman, and comprising retired IAS, IPS officers and professors from institutes such as Tata Institute of Social Sciences (TISS), had been appointed by the then Chief Minister Vilasrao Deshmukh.

The committee submitted its report to the then chief minister Prithviraj Chavan in 2013.

The report found that nearly 60 per cent of Muslims in Maharashtra are below the poverty line and that their share in government jobs was a meagre 4.4 per cent and the total number of graduates in the community stood at only 2.2 per cent, as per Indian Express.

The committee recommended eight per cent reservation in state, education and housing — both public and private — and said that the recommendation for reservations is a necessary palliative to alleviate the affliction of a large section of the community. 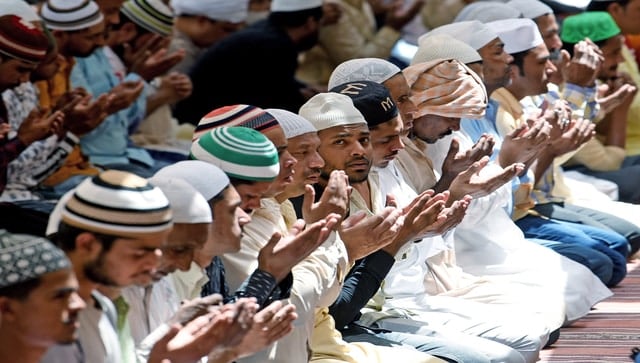 The Congress-NCP government had issued an ordinance in October 2014 announcing five per cent quota in jobs and education for Muslims and 16 per cent for Marathas.

Meanwhile, the government changed and the BJP came to power in November 2014.

The government did not implement the five per cent Muslim quota.

UP survey on madrassas

The news of a survey in Maharashtra comes after the Uttar Pradesh government had on 31 August decided to conduct a survey to assess basic facilities available in private madrassas. There are 16,461 such theological schools in Uttar Pradesh at present, of which 560 are registered with the government and getting financial assistance.

Teams formed for the survey include the deputy commissioner, district basic education officer and the district minority welfare.

They will complete the exercise by 15 October and DMs will hand over the reports to the state administration by 25 October.

Sources said basic information like the name of a madrassa, its owner, whether it is run from a rented premises, number of students enrolled, arrangements of drinking water, toilet, power supply and furniture will be collected.

It will also seek information about the number of teachers is every theological schools, syllabus followed, source of income and whether the institutions are linked with any NGO.

Meanwhile, proprietors of the theological schools in Uttar Pradesh fear that their institutions may be declared illegal and “run over by bulldozers”.

According to sources, the fear was expressed by them on 6 September in New Delhi at a meeting of the Jamiat Ulema-e-Hind, one of the leading organisations of Islamic scholars belonging to the Deobandi school of thought.

However, state minister Danish Azad Ansari said the apprehension has no basis. The Muslim body’s president Maulana Arshad Madani told PTI, “Nobody has any objection if the government wants to conduct a survey of private madrassas but care should be taken so that it doesn’t interfere in their internal matters.”

The sources said it was decided at the meeting that views of the Muslim community will be placed before the government, a close eye will be kept on the exercise and a steering committee be formed to protest any wrongdoing.

The government has maintained that the exercise is aimed at streamlining private religious seminaries so that students there could learn science and computers.

BSP supremo Mayawati has alleged that the government is trying to interfere in the internal matters of the seminaries with an intention to “terrorise” Muslims.

Ansari assured that no centre will be razed.

“Those expressing such an apprehension should tell if any madrassa was brought down by any bulldozer in the previous five years of the state government. The anxiety has no basis,” he told PTI.

The lone Muslim minister in Yogi Adityanath government said the state government is working honestly to bring madrassas into mainstream.

“The purpose of the survey is to know the actual condition of the madrassas and help these in lifting their standard,” he added.

The minister said during the survey, owners of private madrassas will be asked as to which schemes of the government they wanted.

They will also be given information about development programmes run by the government for minorities.

“Relevant papers and forms regarding schemes for minority communities will be made available to them during the survey so that welfare schemes reach villages and towns deprived of them till now,” Ansari said.

Ansari asked critics to stay away from politics “if they are supporters of Muslims upliftment”.

All-India Muslim Personal Law Board member and Lucknow city Qazi Maulana Khalid Rasheed Farangi Mahli too criticised Owaisi for dubbing the survey as “mini NRC” and said everything should not be politicised.

He, however, said before carrying out the survey of private madrassas, the state government should strengthen the arrangements in government-affiliated madrassas and a similar survey be conducted in every primary schools run by the government.