Mission Mangal: A look back at Mars Orbiter craft's laurels as it reaches end of life

India’s Mangalyaan mission has said goodbye after spending eight years in the Martian orbit. The Indian Space Research Organisation (ISRO) confirmed on Monday that communication was lost with the Mars Orbiter craft and it is “non-recoverable”.

As per ISRO sources, the spacecraft ran out of propellant and its battery was drained beyond the safe limit, reports PTI.

Giving an update on Mars Orbiter Mission (MOM) or Mangalyaan, ISRO said in a statement, “It was declared that the spacecraft is non-recoverable, and attained its end-of-life. The mission will be ever-regarded as a remarkable technological and scientific feat in the history of planetary exploration.”

As the historic space endeavour comes to an end, let’s take a look back at its past and all it has achieved.

Mangalyaan, the indigenously made unmanned robotic mission, was launched onboard PSLV-C25 on 5 November 2013 from the rocket port at Sriharikota.

The then ISRO chairman K Radhakrishna had told BBC about MOM that it was “the cheapest inter-planetary mission ever to be undertaken by the world”. Praising the cost-effectiveness of the mission, Prime Minister Narendra Modi said in Sriharikota in 2014, “The (making of the) Hollywood movie Gravity cost more than our Mars mission – this is a great achievement.”

The budget of Sandra Bullock-starrer Gravity reportedly was $100 million.

Commenting on how India has managed to keep the costs under control for the mission, Britain’s Professor Andrew Coates, who became the principal investigator on Europe’s Mars rover in 2018, told BBC, “They’ve kept it small. The payload weighs only about 15 kg. Compare that with the complexity in the payload in Maven and that will explain a lot about the cost.”

The Mars orbiter was also equipped with an instrument to measure methane in the atmosphere of the Red Planet.

With Mangalyaan, India became the first Asian nation to successfully reach Mars’ orbit and the first country in the world to do so in its maiden attempt.

Recognising the feat achieved by Mangalyaan, a Chinese foreign ministry spokesperson called the mission ‘Pride of Asia’ after the spacecraft reached Mars’ orbit in 2014.

ISRO became the fourth space agency in the world to reach the orbit of Mars, after Roscosmos, NASA, and the European Space Agency.

Highlighting the achievements of India’s Mars Orbiter Mission, ISRO said in its statement, “Equipped with a five scientific payloads onboard, during these eight years, the mission has gifted significant scientific understanding on the Martian surface features, morphology, as well as the Martian atmosphere and exosphere.”

In 2015, the programme team of Mangalyaan won the Space Pioneer Award in the science and engineering category awarded by the US-based National Space Society (NSS).

The Mars Colour Camera has produced more than 1000 images that helped the space agency to compile Martian Atlas.

The MCC clicked pictures of Phobos and Deimos, the two moons of Mars, from close distances.

Mangalyaan’s highly elliptical orbit geometry facilitated the MCC to capture images of the ‘full disc’ of Mars at its farthest point and finer details from the closest point. 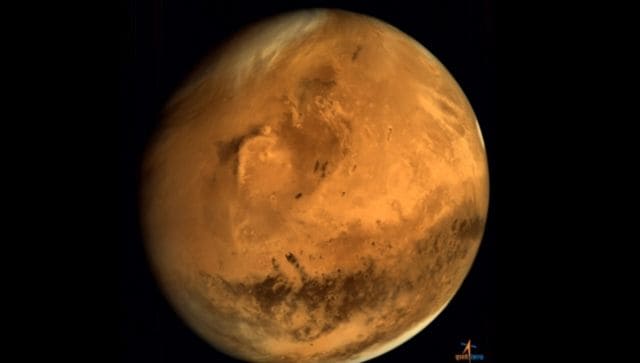 “The MOM is the only Martian artificial satellite that could image the full disc of Mars in one view frame and also image the far side of Deimos,” the ISRO was quoted as saying by PTI.

In March this year, scientists used the Mars Orbiter craft to study the solar corona when the Earth and Mars were on opposite sides of the Sun.

An important conclusion that Mangalyaan shed light on was that dust storms on the Martian can rise up to hundreds of kilometres, former ISRO chairman A S Kiran Kumar told PTI in 2019.

The Mars Orbiter Mission (MOM-2) or Mangalyaan-2 is still in the early phases and not yet on ISRO’s approved list, PTI reported.

“It’s still on the drawing board. But needs some more details and international collaboration for finalising the mission,” a senior ISRO official told PTI.