French director Jean-Luc Godard dies by assisted suicide: What is it? Where is it legal?

Assisted suicide is regulated in Switzerland where Jean-Luc Godard lived as a virtual recluse and permitted if offered without a selfish motive to a person with decision-making capacity to end their own suffering. France lets doctors keep the terminally ill sedated but stops short of allowing it

The news of French director Jean-Luc Godard’s death by assisted suicide took many by surprise.

The death of the father of the French New Wave Cinema and one of the most influential directors of the 20th Century by confirmed by his family on Tuesday.

The family added that no official ceremony will take place and that Godard will be cremated.

On Wednesday, Godard’s attorney Patrick Jeanneret confirmed a report in French daily Liberation that his client had died by assisted suicide in Switzerland.

“As he was affected by multiple medical conditions making his life difficult, he requested the suicide assistance which is allowed under Swiss law,” Jeanneret told The LA Times.

“He died in total dignity as he wished. There will be no official ceremony.”

However, the French news outlet raised eyebrows by quoting an unnamed family member as saying Godard “was not sick … he was simply exhausted.”

“It was his decision and it was important for him that it be known. This is practice authorised and supervised in Switzerland,” the family member added.

But what is the controversial method of assisted suicide? Let’s take a closer look:

The British National Health Service defines assisted suicide as an act of deliberately helping or assisting a person as they prepare to kill themselves.

It is also known as euthanasia, which means to end a person’s life to relieve them from suffering.

The practice is regulated in Switzerland – where Godard lived as a virtual recluse for decades in the village of Rolle – and permitted if offered without a selfish motive to a person with decision-making capacity to end their own suffering.

“Godard had recourse to legal assistance in Switzerland for a voluntary departure as he was stricken with ‘multiple invalidating illnesses’, according to the medical report,” said Jeanneret.

It was there that he died “peacefully at home”, his wife Anne-Marie Mieville at his side, his producers said.

Some French patients travel to other European countries to seek further end-of-life options.

French president Emmanuel Macron on Tuesday announced a national debate on end-of-life options that will include exploring the possibility of legalizing assisted suicide. 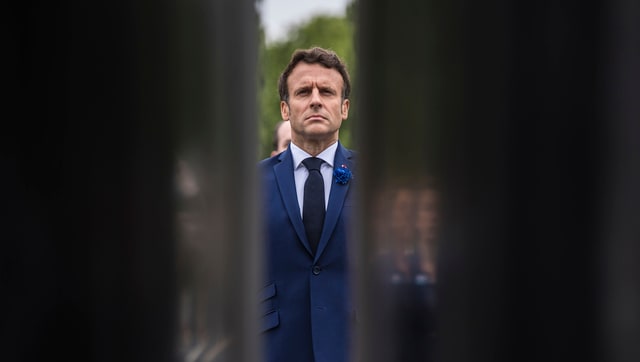 Macron said in a written statement that a panel of citizens would work on the issue in coordination with health care workers over the coming months, while local debates are organized in French regions.

The government plans to hold parallel discussions with lawmakers from all political parties to find the broadest consensus, with the aim of implementing changes next year, the president’s statement said.

While campaigning for his successful re-election this year, Macron promised to open the debate in France, suggesting he was personally in favour of legalising physician-assisted suicide.

French polls in recent years steadily showed a broad majority of people are in favour of legalising euthanasia.

The current law allows patients to request “deep, continuous sedation altering consciousness until death” but only when their conditions are likely to lead to a quick death.

Doctors are allowed to stop life-sustaining treatments, including artificial hydration and nutrition.

Sedation and painkillers are allowed “even if they may shorten the person’s life.”

Euthanasia is a process in which a medical professional directly administers the drugs.

In active euthanasia, a person’s life is forcefully ended by using lethal substances, which they administer by themselves or it is done by somebody else.

Other jurisdictions, including several US states, permit assisted suicide — in which patients take the lethal drug themselves, typically in a drink prescribed by a doctor.

In Canada, which has arguably the world’s most permissive euthanasia rules — allowing people with serious disabilities to choose to be killed in the absence of any other medical issue – the issue has become embroiled in controversy after the death of a 61-year-old man who had a history of depression and other medical issues, none of them life-threatening.

The man, Alan Nichols submitted a request to be euthanised and he was killed, despite concerns raised by his family and a nurse practitioner.

Many Canadians support euthanasia and the advocacy group Dying With Dignity says the procedure is “driven by compassion, an end to suffering and discrimination and desire for personal autonomy.”

But human rights advocates say the country’s regulations lack necessary safeguards, devalue the lives of disabled people and are prompting doctors and health workers to suggest the procedure to those who might not otherwise consider it.

Equally troubling, advocates say, are instances in which people have sought to be killed because they weren’t getting adequate government support to live.

Canada is set to expand euthanasia access next year, but these advocates say the system warrants further scrutiny now.

Tim Stainton, director of the Canadian Institute for Inclusion and Citizenship at the University of British Columbia, described Canada’s law as “probably the biggest existential threat to disabled people since the Nazis’ program in Germany in the 1930s.”

During his recent trip to Canada, Pope Francis blasted what he has labeled the culture of waste that considers elderly and disabled people disposable. “We need to learn how to listen to the pain” of the poor and most marginalised, Francis said, lamenting the “patients who, in place of affection, are administered death.”

Canada prides itself on being liberal and accepting, said David Jones, director of the Anscombe Bioethics Centre in Britain, “but what’s happening with euthanasia suggests there may be a darker side.”

Maverick to the end

Godard, the legendary maverick, blew up the conventions of cinema in the 1960s, shooting his gangster romance “Breathless” on the streets of Paris with a hand-held camera, using a shopping trolley for panning shots. 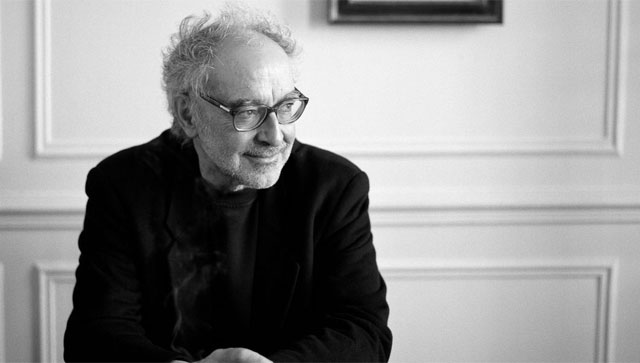 He continued to thumb his nose at Hollywood and an older generation of French filmmakers by breaking all the rules again in “Contempt” (1963) with Brigitte Bardot and “Pierrot le Fou” in 1965.

Godard’s influence is hard to underestimate, with directors from Martin Scorsese, Quentin Tarantino and Paul Thomas Anderson to Robert Altman, the maker of “M*A*S*H” and “The Player”, often speaking of their debt to him.

French President Emmanuel Macron hailed the director’s talent and mourned the loss of a “national treasure”.

“Jean-Luc Godard, the most iconoclastic filmmaker of the New Wave, invented a resolutely modern, intensely free art. We have lost a national treasure, a genius,” Macron tweeted.

Godard’s house, with green shutters and a green bench out front, looked empty on Tuesday, its shades drawn, with an abandoned ashtray and teapot on the windowsill, an AFP reporter said.

He compared him to other 1960s rebels like John Lennon and Che Guevara.

“Or maybe Godard was the medium’s Socrates, believing that an unexamined cinema was not worth having,” he added.

Guy Lodge, of the screen bible Variety, tweeted that it was “glib to say ‘he changed everything’, but he sure changed a hell of a lot of things”.

Indeed, Godard became a “god” to many 1960s political and artistic radicals who would hang on every word of his often contradictory — and tongue-in-cheek — declarations on the state of cinema and the world.

‘Every edit is a lie’

“All you need for a movie is a gun and a girl,” he once proclaimed, in a nod to US actress Jean Seberg, the star of “Breathless”.

The movie was a fashion as well as a film landmark, her pixie haircut copied by millions bowled over by her effortless Parisian cool.

“A story should have a beginning, a middle and an end — but not necessarily in that order,” Godard later famously declared, and “every edit is a lie”.

As he grew older, Godard would occasionally emerge from his Swiss bolthole to make low-budget films well into his 80s.

He never, however, regained the capacity to shock or move more mainstream audiences as he had in the 1960s, though a small band of disciples remained doggedly loyal to the master.

His periodic appearances at the Cannes film festival — often via FaceTime — still drew crowds, though he no longer held the sway he did when he had managed to shut down the festival entirely in 1968 in solidarity with the student protests in Paris.

Cannes also saw the premiere in 2017 of “Redoubtable”, a tragi-comic film about Godard’s doomed romance with the French actress Anne Wiazemsky, directed by the Oscar-winning director of “The Artist”, Michel Hazanavicius.