Jitendra Narain, a 1990-batch IAS officer, joined as chief secretary of Andaman and Nicobar Island in March 2021. The ‘job-for-sex’ racket was uncovered after a 21-year-old woman alleged she was gang-raped by Narain, labour commissioner RL Rishi, and others on 14 April and 1 May

On Thursday, key witnesses told the probe that over 20 women were taken to the former chief secretary, Andaman and Nicobar Islands, Jitendra Narain’s home in the alleged scam.

Meanwhile, the Calcutta High Court directed the senior IAS officer to appear by tomorrow before a Special Investigation Team (SIT) that is probing alleged gang-rape charges against him made by a 21-year-old woman.

It was this during investigation of this case that the ‘jobs-for-sex’ scandal was uncovered.

The court added that the case requires ‘immediate inquiry’.

Holding that the case requires immediate investigation, the court stated, “We direct the petitioner to appear before the Special Investigation Team (SIT) on a date/dates fixed by the SIT during the period 22nd October, 3 2022 to 28th October, 2022 giving at least two days prior notice to the learned Advocate for the petitioner.”

The bench allowed the SIT to interrogate and take all other steps such as medical examination of the petitioner in the course of interrogation.

Narain, the chairman and managing director of the Delhi Financial Corporation, was earlier this month suspended from his post after a directive from Union home minister Amit Shah.

The home ministry at the time said the government is committed to ensuring zero-tolerance towards the acts of indiscipline by its officials irrespective of their rank and status, especially regarding incidents involving women’s dignity.

The ministry made the move after receiving a report from the Andaman and Nicobar Police regarding the sexual assault of the 21-year-old woman by Narain, when he was serving as chief secretary of the archipelago, and others.

Narain, a 1990-batch IAS officer, joined as chief secretary of Andaman and Nicobar Island in March 2021.

As per News18, Narain denied the allegations, claiming that he has “specific materials which demonstrate the fake nature of the case.”

Let’s take a closer look at the case:

Witnesses told investigators over 20 women were taken to Narain’s home in Port Blair during his term with some receiving jobs in exchange for being sexually exploited, Indian Express reported.

Narain’s drivers, cooks and other househelp including one “protected witness” by SIT for fear of his security have spoken to investigators. “I was threatened by the then Chief Secretary about danger to my life if I ever spoke about the (women) guests that visited the house,” the newspaper quoted one as saying.

The staff member claimed to have escorted around two dozen women to Narain’s home with the pattern of visits “matching” the sequence described by the 21-year-old gangrape victim.

The victim said in her 1 October FIR filed at Aberdeen Police Station in Port Blair said that she was gang-raped by Narain, labour commissioner RL Rishi, and others on 14 April and 1 May. 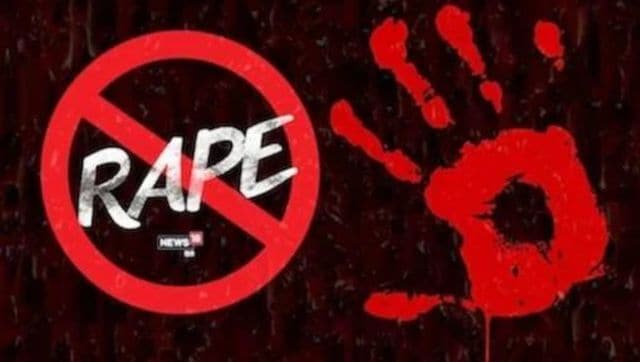 A Special Investigation Team headed by a Senior Superintendent of Police was then constituted.

A joint team of police officers from Andaman and Nicobar Islands and Delhi raided the house of Narain on 18  October.

Narain then filed an application before the Delhi High Court praying for transit anticipatory bail.

A single bench of the Delhi High Court granted Narain interim protection from arrest till 28 October.

One staffer told investigators how he was directed to “pick up the women,” pick up food from a local restaurant, serve it at the Chief Secretary’s home and then later drop off the women.

The staffer said he escorted at least two “guests” after the 21-year-old visited twice in April and May.

Indian Express reported that Call Data Records (CDRs) and cell phone tower locations of mobile phones of the two suspended bureaucrats and of the 21-year-old “match” the sequence of events alleged to have occurred.

The newspaper also quoted sources as saying that the hard disk of the digital video recorder of the CCTV camera at the Chief Secretary’s house was first erased and then subsequently removed at the time of his July transfer.

Speaking to Indian Express, the 21-year-old said she had provided the SIT with “every minute detail”.

She added that on both her visits, she found the door to the kitchen locked from the outside to confine the staff inside and that it was a “driver” who served them food and snacks.

She said she was told to “deposit” her mobile phone in a bowl placed at the entrance of the house and that Rishi and Rinku, a hotel owner who had introduced her to the Labour Commissioner – who is absconding with an arrest warrant in his name warned her against speaking about the violent sexual assault to anyone.

The woman also provided the SIT with a purported audio conversation between herself and Rinku in which the latter warns her against going public and promises her a government job.

“I was repeatedly assured by the Chief Secretary and the Labour Commissioner that a job for me was confirmed. Then all this happened and when Rishi told me that the Chief Secretary has been transferred and there was no chance of a job, I decided to go to the police” she told the newspaper.

As per News18, Narain has claimed he was in Delhi during one of the two dates mentioned in the FIR and cited air tickets and appointment schedules as proof.

The woman’s family, responding to Narain’s claims, told the police that she mixed-up her dates and have ‘cleared the air’ with their testimony.

News18 reported that the woman’s family are planning to move the Supreme Court for cancellation of the former Chief Secretary’s interim bail granted by the Calcutta High Court.

In the letter, he provided file notings regarding travel outside Port Blair, flight details including PNR Number and boarding pass and bills of his stay at Andaman Nicobar Bhawan in New Delhi to buttress his claim.

Narain, who was then the chief secretary of Andaman and Nicobar Islands, claimed that on 1 May he was engaged in “some personal legal issues” relating to a friend who had arrived in Port Blair that morning. He provided the travel details of his friend as well.

“The allegations are completely untrue for the simple reason that they are impossible in the alleged dates and time spans,” he wrote.

“I also know that the police authorities are fully aware of the circumstances of those two dates, and yet are allowing this false and vexatious prosecution to continue at the behest of certain powerful individuals in satisfaction of vested interest,” he claimed in the letter.

Reached for comment earlier, Narain said he won’t speak on the “absurd” allegations.

But sources close to him confirmed that he had sent a detailed representation to the home ministry and other authorities, denying the charges.

Narain alleged that he was being framed because he had taken disciplinary action against an employee.

However, there was no confirmation from the Union Home Ministry on the letter.