Peoples participation and a strong political will has helped Indore maintain its cleanest city tag. PTI

The city earned the title of the cleanest city according to the Union government’s annual cleanliness survey. This marks the sixth year that Indore has grabbed the tag of cleanest city.

For the 6th time in a row, Madhya Pradesh’s Indore has been ranked as the cleanest city in India in the Swachh Survekshan 2022 Awards: Ministry of Housing and Urban Affairs pic.twitter.com/oPyIGKF7KN

As per the survey, Surat bagged the second position while Vijaywada lost its third spot to Navi Mumbai.

As Indore enjoys its title, we take a closer look at how Indore is the cleanest city in India and what others can learn from it.

This wasn’t the case always for Indore. In 2016, the city having an estimated population of about 35 lakh was ranked 25th in the cleanliness survey. However, since then things have turned around and Indore has been ranked the cleanest ever since.

The mission to get Indore clean started in 2015 with Manish Singh, then the city’s then municipal commissioner, taking it as a challenge to get Indore on track. The first thing he did was focus on strengthening in-house sanitation infrastructure.

The civic body built its fleet of door-to-door garbage collection vehicles and also beefed up their team of safai karamcharis.

Today, they have over 1,500 vehicles which collect waste from households and business establishments and segregate it into six categories. They also have a team of 11,000 workers which segregate the waste. These safai karamcharis, a majority of whom are women, work tirelessly from early morning until late at night, keeping the city clean. Their first shift begins at 6.30 and the last one starts at 10 pm.

Interestingly, unlike other cities that segregate garbage into two categories — wet and dry waste, the waste in Indore is separated into six categories — wet, electronics, plastics, non-plastic, biomedical, and hazardous. Mahesh Sharma, cleanliness wing superintendent engineer of the Indore Municipal Corporation, has been quoted as saying that this sorting at the initial stage of collection comes in handy for efficient processing.

The segregation plan was full of challenges. Initially, 80 per cent of people would not segregate waste. However, the workers involved began pleading and educating the people on the benefits of segregation. When this didn’t work, those households were fined.

Through the years, people began seeing the benefits of waste segregation and today 95 per cent of households give segregated waste. Moreover, Indore’s municipal body also ensured that its own officials adopted the programme, suspending officials who were not doing their work in supervising garbage collection, while rewarding those who worked well.

The highlight of the civic body’s waste disposal process is a bio-CNG plant which runs on the wet waste collected from across the city. It is Asia’s largest such facility, according to city officials. It can generate 17,000 to 18,000 kg of bio-CNG and 10 tonnes of organic manure.

One of the key reasons why Indore retains its tag of cleanest city is the people’s participation in the efforts to keep the city garbage free.

In the initial stages, Indore’s Municipal Corporation undertook awareness programs to educate people about waste segregation and keeping the city clean. In 2017, Mayor Malini Gaud held several meetings with citizens and administered the oath of cleanliness to more than four lakh people.

Religious leaders were roped in to give sermons on the importance of cleanliness as well as cleanliness competitions were held.

Today, Indoreans themselves have changed their attitudes. “It’s a cultural shift that has happened. Residents now take it as their responsibility to keep the city clean,” Municipal Commissioner Pratibha Pal has been quoted as telling The Print.

In fact, residents, hawkers, rickshaw and autorickshaw drivers tick off people who are found throwing garbage in public places. 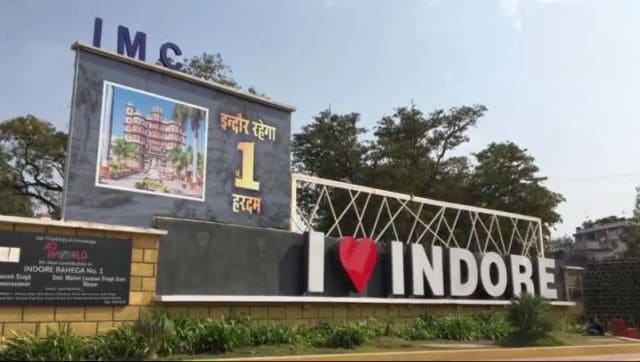 Indore has ranked first on the cleanliness survey since 2016, when it ranked 25th. PTI

Another contributing factor to Indore retaining its tag is the participation of politicians in the fight against thrash.

“Due to political and administrative will, the city has become the cleanest in the country,” Swati Singh Sambyal, programme manager for waste management at the Center for Science and Environment (CSE), a Delhi-based nonprofit told IndiaSpend. “The city has definitely resolved about 90 per cent of its solid waste challenge.”

The political representatives took tough decisions and stood by them firmly despite the initial opposition from the people. This includes salary and other miscellaneous expenditure.

The political administration also doesn’t interfere in the work taken up by private players in the sanitation sector.

Mohan Pandey, CEO of International Waste Management, the India subsidiary of the Kuwait-based National Cleaning Company, which is responsible for the night sweeping in the city, told the Print: “We took up the project in Indore because of the work culture and “lack of political interference”. “IMC is very supportive. They have appointed one point person, whom our people can contact in case of any problem.”