Verna: Why Mahira Khan's film on rape culture and politics in Pakistan is so unsettling

When acclaimed filmmaker Shoaib Mansoor's Verna, a film on rape culture in Pakistan was banned in the country, Twitterati came to the film's rescue. Even though Pakistan's Central Board of Film Certification (CBFC) was ready to let go of the film, the public wasn't. From the makers of Khuda Kay Liye and Bol, Verna revolves around the sexual assault of a young Pakistani woman, who despite getting mired in a nasty web of politics and power, decides to fight back.

However, before the film saw a regular release in major parts of Pakistan, it was banned by the CBFC, which said that unanimous objections raised by the panel had led to the move. Soon, Twitter was flooded with the hashtag #StandByVerna. The campaign was joined by several celebrities and soon gained momentum. To the makers' relief, on 17 November, Mobashir Hasan, CBFC chief announced on Twitter that the film would be released in the country with no cuts.

Verna will release in Pakistan without cuts https://t.co/ajgJCKinAo

Thank you to all those who supported #verna - the people, the media, those at the censor board.. thank you so much! 🙏🏼🙏🏼 Hoping for Punjab to clear Verna today as well. — Mahira Khan (@TheMahiraKhan) November 17, 2017

And just like that, Pakistani theaters opened to Verna, starring Khan, Rasheed Naz and Salmaan Shaukat in lead roles. Contrary to the expectations that people had from the film, a lot of reviews deemed the film merely passable. "For a rape victim, she shakes off the incident and moves on to avenge her pain too quickly. Her emotional struggle isn’t elevated or enhanced by the filmmaker or her mannerisms; she simply doesn’t look ‘damaged’ enough," wrote Rahul Aijaz for The Tribune.

Throwing more light on Khan's portrayal of a rape survivor, Hamna Zubair wrote in Images, "Even as a woman personally unfamiliar with sexual violence, I found Sara's rape and her response to it wooden and static."

A counter-response to these arguments was presented by Mehr Tarar who wrote, "No two women react the same way to any act of violence, sexual or otherwise, and no film would ever truly depict how you, she, he, they, anyone or me (would) react to rape. Rape affects in a deeply personal way, and subjective are responses and ways to deal with it."

Although many people firmly believe in the adage "separate the art from the artist", it would be strange not to think back over the backlash Mahira Khan was subjected to when photos of her, wearing a backless dress and sharing a smoke with Ranbir Kapoor while in New York, were published. She was shamed for her choice of attire, her choice of companion, and her choice of smoking. What was meant to be a private conversation with a friend was widely discussed and viewed. In Verna too, the blatant invasion of Khan's privacy is the unexpectedness of it.

In Verna, Khan's vengeful quest takes centrestage and the viewer isn't allowed to cry with her and feel the pain of her wounds, because she doesn't feel them the way we want her to feel about them. She cries, curses her fate but gets up to hit back rather quickly.

Similarly, those images of Khan casually smoke a cigarette with a friend, broke her image as the perfect role model — which she said she wasn't anyway. Khan's portrayal of the fearless survivor in Verna might not have struck a chord with viewers because again, we expect her to behave a certain way.

This is not to compare the pain of sexual assault and Khan's smoke break, no. However, it won't be a stretch to say that the response to the film and the response to her pictures depicts an unsettling pattern, where women are expected to operate in an unnatural way — one that's deemed more 'acceptable'. 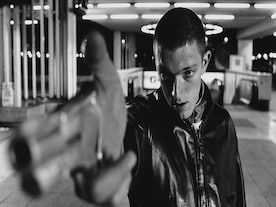 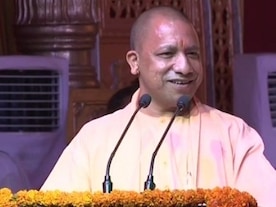 A murder mystery, a society on the brink: Death in Buenos Aires is Natalia Meta's commentary on '80s Argentina