This reviewer is usually enthusiastic about Steven Soderbergh’s zany brand of cinematic gatecrashing through systems. He excels at fruitfully channeling his anger and distrust by employing his formidable formal prowess in an effort to inform and entertain the audience. He’s done it all before (Erin Brockovich, Contagion, The Girlfriend Experience etc.) and he even did it exceedingly well earlier this year with the fantastic High Flying Bird, a sharp skewering of the American basketball corporation. Therefore, the ridiculously undercooked and tonally atrocious The Laundromat comes as a big disappointment. Not just because a major filmmaker resorts to a mediocre imitation of an Adam McKay film. But because the subject at hand—the Panama papers and the world of shell companies and illicit money — simply deserves an astronomically better film.

For starters, the film is reprehensibly scattershot. It is riddled with sub-plots that one hopes will somehow come together at the end to form a more comprehensible picture. Perhaps writer Scott Burns and director Soderbergh are presenting a mosaic of the world of wealth management and tax evasion as it is designed to be: distressingly puzzling; a Russian doll that stinks more and more as it is opened. Jurgen Mossack (Gary Oldman) admits he has no idea which shell company belongs to which tax-evading billionaire most of the time. There are too many of them. It is a tower of lies reaching ever further into the firmament, fed by insatiable greed. And its dust and grime falls on the meek, the common men and women, who stick faithfully to the ideals of duty and earnestness and who, if they’re lucky, won’t be buried under it. The Laundromat would want you to believe it bats for them. I’d like to believe that, judging by their career, Burns and Soderbergh would want to. Unfortunately, the film fails in that respect, turning into an unwieldy parody of its own boisterous attempt at holding the system to account. It turns into a series of short caricatures thinly held together by money and Mossack and Fonseca (Antonio Banderas) themselves.

Once we’ve sleepwalked through Mossack and Fonseca’s uninspired opening piece to camera on the continuing evolution of money, we arrive at Ellen Martin (Meryl Streep). Martin loses her stable, simple life when a freak boat accident leads to the death of her husband. Her attempts at justice immediately hurl her into the labyrinthine world of insurance and wealth management scams. Mossack and Fonseca, a shadowy firm that creates shell companies for corporates and wealthy individuals, is at the root of it all. The rest of the film is spent unpacking the layers that this firm has piled over the rot infecting the world of finance. It’s grim stuff. But in the hands of the befuddlingly cartoonish Oldman and Banderas, who take us on what one could have expected to be a wild ride through their world, it turns ridiculous, inconsistent and even boring.

A couple of segments from Soderbergh’s scattershot mural seem quite interesting on their own. The one with a cheating wealthy patriarch and his negotiations with his daughter and his wife to maintain a semblance of family integrity is particularly engaging. It provides a microscopic view of money and power’s diabolic hold over the fundamental system of human relationships: the family. The world is run by men hiding behind a pile of papers, says the exasperated wife once the rope has finally slipped out of her hands. But no sooner has the segment managed to engage us with the film that the characters disappear for good and we are thrown into another, unrelated situational human comedy that won’t end well. Martin suffers the most at the hands of this structural fault. Despite the presence of a titan of the thespians art, we never fully empathise with her. She remains on the margins of our consciousness the way she is confined to the margins by the ones who manufacture the lies that undo her.

Mossack and Fonseca, on the other hand, remain front and centre. Their confessional stretches through the film. Despite their caricatural rendering, the film’s established perspective manages to paint them grey and make Martin seem pathetic, the final, amply stupid twist notwithstanding. A pair of swindlers dance through a film about dirty money where a few filthy rich people are momentarily undone for their endless wrongdoings. The meek aka the tax payers suffer in the margins of the film and real life. So it goes? Perhaps. The meek may not inherit the earth. Maybe just its burdens. But The Laundromat makes us feel sad for the troublemakers and turns ordinary people into John Does. It forgets that life doesn’t come with a ‘That’s all, folks!’ at the end. 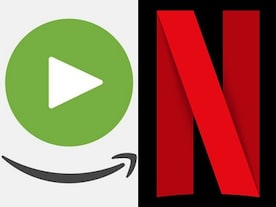