High Flying Bird review: Steven Soderbergh's iPhone-shot film is an ode to the power of technology

Frank Sinatra’s iconic song about individual rebellion, 'My Way', might well have been written about Steven Soderbergh. He’s an artist whose non-conformism continually seeks to challenge the very notion of non-conformism and its lazily assembled set of virtues. This in an industry ie Hollywood whose imperious structure of power he shook momentarily with Sex, Lies and Videotape in an act of inspired youthful rebellion all the way back in 1989. An industry that dexterously co-opts these sporadic attempts, allowing nothing to impede its juggernaut. Soderbergh, of all people, knows that all too well. 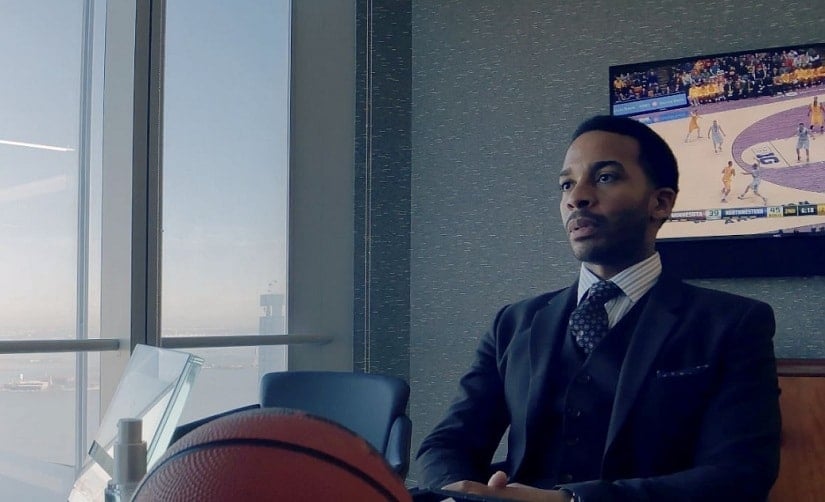 A still from High Flying. Image via Twitter/@acciocarmen

He’s proceeded to make films of wildly different kinds since his landmark debut. From the micro-budgeted Schizopolis to the unabashedly commercial Ocean’s series, he’s done it all, and almost always with effortless aplomb. Segueing in an out of the mainstream, balancing its virtues and vices, clawing laboriously out of the fallout of creative disputes, nothing has marred his amazing prolificacy.

This journey has culminated in High Flying Bird (HFB), a film shot on iPhones and distributed by Netflix, a platform that claims disruption, albeit on a larger scale. Unlike Netflix, however, Soderbergh’s gradually accumulated sagacity has resulted in a film whose protagonist seeks to rattle the throne only for a short period, fully aware of his place within the system and the benefits it accrues him. And that lends it its lasting significance and immediate power.

Ray Burke (Andre Holland) is a gifted sports agent whose loyalties lie on the side of the players. Owing to a lockout administered by the powers that be in the National Basketball Association, the NBA, his star recruit, Erick Scott (Melvin Gregg) finds himself in the middle of nowhere. The predominantly white chiefs of the NBA don’t wish to cede a scintilla of power to the Players Association, which represents a set of athletes that is predominantly black. This ‘game on top of the game’, its power accentuated by broadcast deals with the powerful TV networks, results in millions of dollars for the NBA, a fraction of which it passes on to the players. The players seek more of a say but the NBA will have none of it. The system is unfair. But it is the norm, promising riches and fame to those who meekly accept it. Ray isn’t one of them.

In the above paragraph, I might as well have described the ludicrously simple way in which capitalism works. Ray understands the stranglehold this system exercises on individuals like Scott all too well, kids who simply wish to play the game on the court, not off it. Partnering with Sam (Zazie Beetz), he decides to change it. Or at least show ‘them’ that the times they are a changin’.

Curiously, Ray uses a combination of old school wiles and modern technology to attempt his ‘coup’. Soderbergh has always been obsessed with the sleight of hand that underlies the fundamentals of cinema. HFB’s twists and turns are disguised beneath witty banter, distracting jargon and mouthfuls of humour. Ray seems to be completely out of touch with the details of the latest trending app but he grasps its importance like a pro. At this point, you can simply interchange the names Ray and Soderbergh and you won’t change things a lot. An old hand using new technology to shake an even older system in a film shot using a relatively new device showing on a platform whose surge in popularity is even newer.

However, what keeps HFB from being a mere vanity project meant to reassure the world of an artist’s contemporary relevance and talent is its awareness of its place in the media system. Ray isn’t birthing or fomenting a revolution. He understands human nature all too well to make that fundamental error within the hydra of global media. So while initially the viewer may be turned off by the cheeky mention of Netflix within the film, Ray’s revelation about his actual use of the platform contextualises the film’s contemporaneity perfectly. Further, Soderbergh doesn’t shy away from the question of race, which he brings up to comic and serious effect like a sharp tool in blunt conversations repeatedly.

Ray’s suffered at the hands of the system. He’s witnessed the effects of nonchalant submission to power. He realises that playing by the rules will only lead to a more sophisticated form of adherence to the system. Indifference to the rules will result in him being sidelined. There’s no question of heroism. And Sam is the more tactile incarnation of that thought.

HFB is not a film about heroism. It’s about the power of pragmatism. That the spectre of uncertainty breeds fear in the powers that be, which explains their eternal obsession with order. It is Soderbergh’s ode to the power of technology and the individual’s innate potential to make a difference. It isn’t perfect. But look, a filmmaker who sets out to make a film on iPhones isn’t looking for perfection, he’s probably taking a swing at it. One wishes he’d delved deeper into the way technology ends up reinforcing the power structures that it apparently seeks to disrupt. He had more than one opportunity to do it in this film. As it stands, HFB is a former enfant terrible’s invocation of his primary instinct. Of an artist’s propensity for the befuddling beauty of chaos. A chaos that reigns, only momentarily, but makes things interesting while it lasts.