Adding to the statement, the filmmaker said, 'It’s very tough to be objective when you’re being killed on screen. Suppose I’m making a film on killing cricketers, it’ll be tough for the cricketers to like me.'

R. Balki has explored the love saga of a 64-year old man and a 34-year old woman in Cheeni Kum, the struggles of an ordinary man and sanitary pads in Pad Man, a house-husband and a working wife in Ki & Ka, and the conflict between a Superstar and his voice-over artist in Shamitabh. For his latest film, Chup: Revenge of the Artist, which released last Friday, he chose to make a film on film critics. There’s a serial killer on the loose who revels in butchering their bodies and stabbing their heads with star ratings. It’s a killer premise bursting with juicy conflicts and an aching tribute to Guru Dutt, one of the greatest filmmakers of Indian Cinema. In an exclusive interview with Firstpost, the filmmaker talks about how many reviews he has read of his new release, casting Sunny Deol in a role that’s mostly restrained, and what made him bring Dulquer Salmaan on board.

Since Chup: Revenge of the Artist is about a serial killer who mercilessly kills film critics after reading their reviews, how many reviews of the film have you read so far?

The climax of the film has the serial killer talking about how a recent blockbuster in the film is a rip off of a Mongolian film. How many Mongolian films have you seen?

Two. One of them is a beautiful film, about a little girl who is trying to preserve her little habitat amongst the people that are fleeing from the place because of some problem, and how they decide to stay in that place despite all other odds and continue living happily. It’s a beautiful film. The other film is actually about an animal, and the relationship between that animal and a man. It’s quite beautiful.

Some critics were surprised to see the subdued side of Sunny Deol in the film, whereas as some were missing his punches and screams. How do you see these contrasting views?

I would just like to talk about the viewers’ reviews. I’m touched that a lot of official critics have liked the film, I’m surprised. I’m also not surprised a lot of critics haven’t liked the film. It’s very tough to be objective when you’re being killed on screen. Suppose I’m making a film on killing cricketers, it’ll be tough for the cricketers to like me. All I request is to analyze the film. Don’t thrash it, don’t say it’s bekaar. Critique a film, don’t criticize it. Of course, you don’t have to like the film, but there’s a way of writing about it. How difficult is it for you as an audience to decide whether to watch a film or not when all major critics give different reviews and ratings?

I don’t have any problems in all the major critics giving different opinions on a film. There’s nothing like objectivity, you have to be subjective. It’s all about how they analyze the film, I don’t know when this happened when there were four different ratings from four different critics, but at least the viewers will get a picture. Also, the word of mouth is very strong today. If you have a bunch of friends sharing a positive review on a film, you’ll believe them more than any other critic. So that’s how it happens.

So where did this idea come from, about making a film about film critics?

Long time back, I read a review of a film of mine that wasn’t complimentary that affected me deeply. Cheeni Kum is a film people loved, and today, it’s considered to be a film people can watch at any given point of time. But as an artist, when you read your first review, you’re sensitive and you do get into depression. People are so callous about something that has taken years to take shape and form and you dismiss it as if it’s some peanuts or something. Be it interviews or film reviews, there has to be sensitivity towards the person you’re talking to. For example, you’re doing this interview and asking questions. Your job is to do the interview, rat-a-tat write it down, but I don’t think from that point of view. My job is not to fill your space, you’re interviewing me as a filmmaker. I would expect that little dignity to write the interview’s answers in a certain way. Good critiquing is the soul of any art form.

How did you think of Dulquer Salmaan in this role? He shines throughout.

I’ve seen a lot of Dulquer’s films. I’ve been blown away by a lot of his performances. I feel he’s one of the most phenomenal talents who’s still understated. So even if he’s doing something very dramatic, he’ll do it in a very cool and simple way. I like that simplicity about Dulquer. 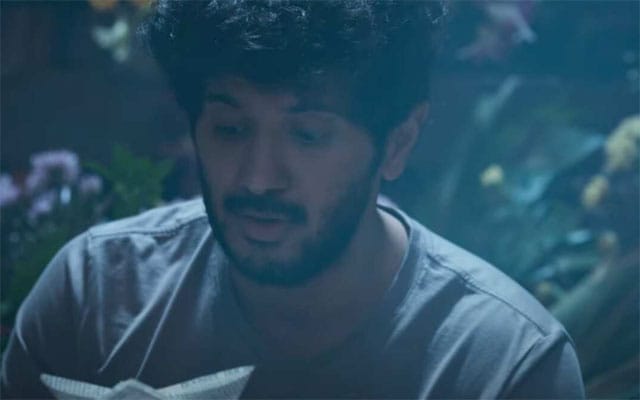 What does the title Chup represent for you within the context of the film’s narrative?

The filmmakers Amitabh Bachchan has collaborated the most with are Yash Chopra, Manmohan Desai, Prakash Mehra, Hrishikesh Mukherjee and you. How has each one of you presented the actor’s aura and acting prowess? Parineeti Chopra on Uunchai success: 'I am going to give a big party very soon to celebrate this love'

Parineeti Chopra who is playing a tour guide in this film, earlier expressed how such movies are a once-in-a-lifetime blessing and shares how humble and honoured she is with the amount of love Uunchai has been receiving.

Moderate Mahila Mandate: Does the depiction of Abha Sabharwal in Breathe herald the change of body politics on screen?