Kacchey Limbu revolves around the Nath siblings, Akash and Aditi, who must shoulder their parents’ expectations about their careers but yearn to follow their passions.

Unripe lemons are not supposed to be juicy. But in his debut feature as a director, Shubham Yogi manages to squeeze out flavours of family pressures, cricket mania, identity quest, teen romance and more, in Kacchey Limbu. In an interview, Yogi says, “The one thing I really wanted to focus on was all the characters getting an opportunity to grow up and taking that opportunity.” Adds producer Pranjal Khandhdiya of Mango People Media, “We were always sure this film had to be about emotion. The emotion with which Mumbai plays gully cricket, the emotion with which India follows cricket, the emotional bond between a brother and sister…our zeroing down was not on one theme, but on the emotion of the story.”

Kacchey Limbu, which premiered at this year’s Toronto International Film Festival, is the only Indian film this year in the high-profile Gala Presentation section of TIFF. It stars Radhika Madan as the driving force behind a ragtag gully cricket team, formed on a dare to take on her elder brother’s team of champions. We see her character Aditi transform from an obedient and diffident college student into a feisty team captain. “Initially, it’s about Aditi’s brother, till the time my father says he’ll tell me what to do,” says Madan in an interview. “From that moment in the entire film, it is her journey. She’s not thinking about her brother; she wants to live her life. That’s the turning point of the film.”

Madan is convincing in both her meek and spitfire avatars. Underarm gully cricket in Aditi’s middle-class housing society in Mumbai may be a male-dominated sport, but Kacchey Limbu belongs to an impressive Madan, both for her acting chops and on-screen sporting prowess. Says Madan, “When I played as a kid, I always used to bat, but I’d never bowled in my life. I learnt how to spin for the first time.”

The film revolves around the Nath siblings, Akash and Aditi, who must shoulder their parents’ expectations about their careers but yearn to follow their passions. Buoyed by “Sachin’s” praise for his talent, Akash longs to be the face of a proposed Underarm Premium League, dismissed as a pipedream by his father who wants to see his son settled in a steady job. Aditi learns Bharatanatyam to please her mother, prepares for her medical entrance exam to satisfy her father, and flirts with fashion design along with her college friends. Their sibling love and fights push all the right emotional buttons. Rajat Barmecha, who plays Akash, says that his character “starts out with something he’s really passionate about, but also when he sees Aditi is good at doing it, he’s still not affected by it negatively.” 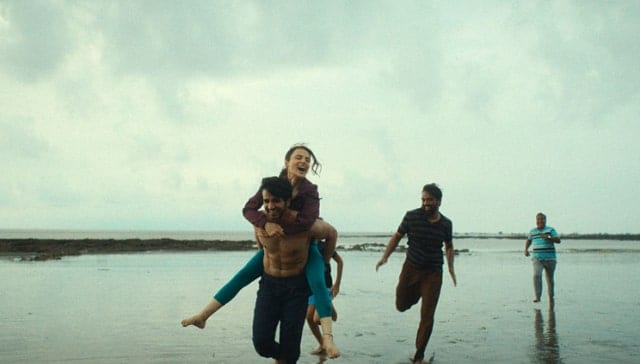 Emotion of a different kind is provided by Ayush Mehra, as the lovelorn Kabir Saini, who defects from Akash’s top-notch team to help the girl he’s crushing on. Mehra explains, “My character is stepping out of his best friend’s shadow and actually wants to do something for himself, obviously with the help of love, his first crush.”

The director deals with all the issues in the film with a light touch, more VVS Laxman than Virender Sehwag. That was a deliberate decision, says Yogi: “We did not want to take ourselves too seriously. The minute you start to speak seriously about these issues, audiences who relate to them may want to distance themselves from it because nobody wants to have fingers pointed at them.”

The movie has a solid middle-class Mumbai flavour to it. Yogi avoids the obvious cinematic cliches, and some of the little touches are delightful, for instance, the understated homage to a famous cricket film, and the spectators’ comments and heckling, which had a script of its own.

The unit had a lot of logistical problems to deal with, including lockdowns, uncertain schedules and Yogi coming down with Covid himself during the making of the film. Jio Studios had initially planned to release the film this year, but Shobha Sant, their Head of Content Alliances, in Toronto for the premiere, says those plans are likely to change. “We’ve got a lot of interest from global distributors,” says Sant. “We had a release plan later in the year, but I think we will want to shift that to give this film the wings it requires. I think we’d like to do a little more.”

Kacchey Limbu is a wholesome family entertainer. It turns out, feelgood is the flavour of unripe lemons.