Platforms like Netflix, Amazon, and Hotstar are considering the creation of a "voluntary censorship code" for the online content they will carry in India, according to a report by Economic Times.

A meeting of the top stakeholders took place in New Delhi on 4 September to discuss the code's prospects and what it would entail. The main concerns were the uncertainty in the regulation of content and unpredictable court rulings that could ultimately affect the business potential of these companies in the long run. ET quoted a senior official of a global VOD player, who did not wish to be named, who said, "A code could set out principles to ensure that content offered on these participating platforms are free from hate speech, hate crimes, child pornography and other forms of inappropriate content. The code could also express support towards redressing complaints from consumers."

The report adds that Netflix, Amazon, Hotstar, Eros Now, Zee5 did not respond to queries related to this development and Amazon declined to comment. ALTBalaji told the publication that it was not participating in the discussion and was not going to indulge in any self-censorship code either.

Another executive who attended the meeting said that the discussions are at a nascent stage and the participants were divided in their views.

Apart from the aforementioned issues, the problem of piracy as well as the need to differentiate streaming content from digital broadcasts on television screens were also discussed.

Currently, no laws exist that require the censorship of online content in India. The ET report says that in 2016, the Ministry of Information & Broadcasting had announced that it did not censor content available on the internet and neither does it intend to in the future. 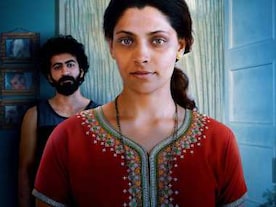