Mohanlal announces Drishyam 2: The Resumption, sequel to his 2013 blockbuster thriller, on 60th birthday

Malayalam actor Mohanlal, who is celebrating his 60th birthday today, has announced Drishyam 2: The Resumption, the sequel of his 2013 hit film .

The actor tweeted a 22-second clip of Drishyam 2, set to suspenseful music. The short teaser opens to a book flipping open and shut to reveal the film's title and a pencil sketch of a faceless man holding what looks like a shovel. A glimpse of his character Georgekutty concludes the brief video.

According to The Indian Express, the sequel will follow the events that took place seven years after the events of the first film. Drishyam focused on a father who went to great lengths to cover-up the murder committed by his wife and older daughter.

The sequel will be directed by Jeethu Joseph and will be produced by Antony Perumbavoor.

According to Times of India, Jeethu has said that the film would be shot in a controlled environment in Kerala after the COVID-19 lockdown with proper precaution measures.

The captivating storyline of the film had inspired remakes in several Indian languages. Kamal Haasan acted in the Tamil version of the film, while the Hindi adaptation saw Ajay Devgn in the lead role.

Mohanlal and Jeetu had recently collaborated for Malayalam thriller, Ram, with Trisha as the female lead. However, the shooting has been put on hold due to the nationwide lockdown and is expected to resume once the situation gets better. 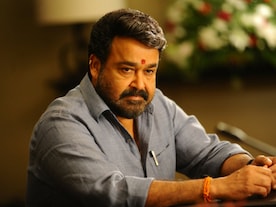