The first look of Kangana Ranaut's highly anticipated Manikarnika: The Queen of Jhansi was released by the makers on 15 August. The poster shows Ranaut in her warrior queen avatar, wielding a blood-soaked sword with her young son strapped to her back.

The upcoming period drama will focus on Rani Laxmibai's  fight against British colonisers for the rightful independence of her country and land.  Apart from Kangana, Manikarnika: The Queen of Jhansi's  supporting cast includes Jisshu Sengupta, Suresh Oberoi, Sonu Sood who will play Sadashiv Narayan Rao and Atul Kulkarni who will be seen as Ramachandra Pandurang Tope, popularly known as Tatya Tope.

Television actress Ankita Lokhande makes her debut on the big screen as Jhalkari Bai in the film. Initially slated for a 29 November release, the film, produced by Zee Studios and directed by Krrish will now hit cinemas on 25 January, 2019. Apart from Manikarnika, Ranaut will also be seen in Mental Hai Kya, an upcoming tragic-comedy, opposite Rajkummar Rao. 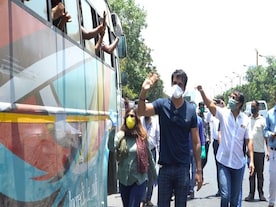 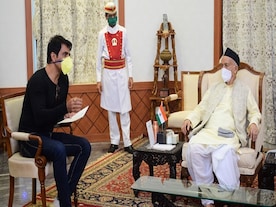