The third and final season of FX's Legion, based on the Marvel Comics character David Haller/Legion, is set to premiere on  24 June. The teaser of the third season was unveiled on 7 May, which promises to be a wackier ride than its previous instalments.

There’s no time like the present. Or the past. Or the future. The final season of #LegionFX premieres Mon. Jun. 24 pic.twitter.com/TEH5jfAT0d

With psychedelic visuals galore, the one-minute-long teaser seems to be inspired by The Alice in Wonderland's 'The Mad Tea Party'. It features a montage of shots as distorted audio plays in the background. Collider notes that the presence of time-traveling mutant named Switch (Lauren Tsai) could indicate that this season will deal with time-travel, perhaps to undo David's (Dan Stevens) murder, carried out by Syd (Rachel Keller) and Amahl Farouk (Navid Negahban) in the last season.

The teaser also introduces Haller's father, Charles Xavier/Professor X. Game of Thrones alum Harry Lloyd, who will essay the part in the show, is seen wearing the Cerebro device.

The X-Men spin-off series follows Haller, who is diagnosed with schizophrenia as a child. Spending his childhood shuffling from one psychiatric facility from one, Haller is made to realise by Syd that the voices that he hears in his head are real. He is saved by a group of mutants, who tell him that he too is a mutant. Together with the other mutants Ptonomy, Kerry, and Cary, Haller learns to recognise and harness the power that he's been blessed with. He is also explained that his mind has been infected all his life by the parasitic mutant Amahl Farouk/Shadow King. 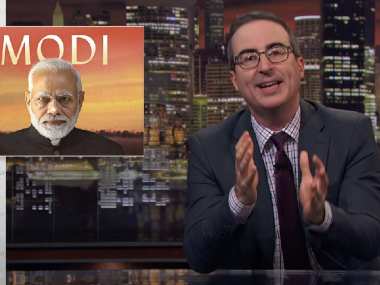