In an attempt to back her point, Kangana said, "In our population, only three to four percent of people pay taxes. The rest of them are actually dependent on them. So who gives you the right to burn buses, trains, create ruckus in the country. One bus costs a lot. It's not a small amount. And the condition of this country is such that there are so many, who are dying of malnutrition."

This technical figure was taken as a talking point on social media, with many reacting at the actress' ignorance regarding the tax breakup. Preeti Sharma Menon, the National Executive Member of the Aam Aadmi Party, wrote 65 percent of the tax revenues are collected through indirect taxes on commodities like fuel, water, and even bus tickets.

Someone please inform this economist that in India 65% revenue comes from indirect taxes.. on fuel, water, bus tickets, even on school books. Even her maids pay taxes
And second, once tax is paid it's owned by the Nation. The taxpayer has no privileged ownership of state assets https://t.co/OauhtcKXgS

Karuna Nundy, an advocate in the Supreme Court, quoted the actress' statement, and sarcastically pointed out maybe Kangana, through her words, intended the "three to four percent" of the Indians had a right to burn buses and vandalise public property.

From sharing memes to carefully explaining where Kangana factually slipped up, Twitterati reacted to the actress' comments.

Here is what they said

Protests possible without being violent. Has happened before. Violence is criminal irrespective of the fact how many or who pays tax.

Just a clarification : GST ( apart from other indirect taxes and cesses) is paid by all Indians, even the poorest. Total GST collection is around ₹11-12 lakh crores annually. Income Tax collection is around ₹6 lakh crores. It’s a fiction that only a small % of Indians pay taxes — Dr Arvind Mayaram ‏ ‏ڈاکٹر اروند مایارام (@MayaramArvind) December 24, 2019 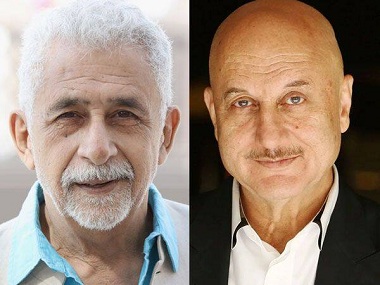