If Oscars cared about diversity, Black Panther or Spider-Man: Into the Spider-Verse should have won Best Picture 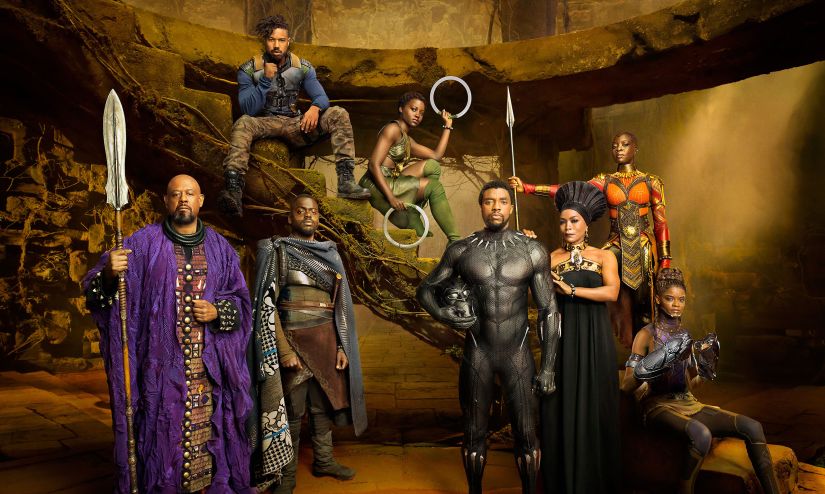 The BlacKkKlansman director was obviously referring to the first time he was snubbed by the Academy in 1989, when his groundbreaking debut film, Do the Right Thing, was overlooked for Driving Miss Daisy, another whitewashed crowdpleaser in which racism took a backseat. Peter Farrelly's segregation-era road-trip drama Green Book is the latest to join the infamous Worst Best Picture list, of which Paul Haggis’s Crash still remains the undisputed title-holder. If the Academy really wished to redeem itself in the wake of #OscarsSoWhite and the diversity deficit furore, its 2019 Best Picture winner was its most critical misstep in an Oscar season of scandal-induced backpedalling.

It's a shame, really, as it was a disappointing end to a historic night which saw more black nominees and more women honoured than ever before. Black Panther's Ruth E. Carter and Hannah Beachler became the first African-Americans to win Oscars for costume design and production design, respectively. It was well-deserved recognition for Marvel, a studio which has started to push for a more diversified roster of superheroes in recent times — and has stressed the importance of better representation in front of and behind the camera. A Best Picture Oscar could have been the jewel in its crown after the culmination of 10 years of commendable cinematic accomplishments and some truly innovative storytelling. Ruth E. Carter accepts the award for best costume design for Black Panther at the 2019 Oscars at the Dolby Theatre in Los Angeles. (Photo by Chris Pizzello/Invision/AP)

Black Panther was a watershed moment for black representation in popular culture — and the cultural history of African people. Ryan Coogler imagines a glorious Afro-futurist utopia — unshackled from the throes of slavery and colonialism — in the Marvel Cinematic Universe's pioneering entry. It was a rich, gripping exploration of black identity — pain, persecution, parity, power and all. Forging a similar path to Wonder Woman (2017), it showed that the world was ready for superheroes who weren't all just white. Its over $1.3 billion worldwide gross proved movies with a mostly black cast — and not just a token sidekick — can draw box-office breaking audiences.

Equally important and visually stunning was Spider-Man: Into the Spider-Verse, which wasn't a contender in the Best Picture race but won the Oscar for best animated feature — another rightfully earned reward for a film based on a Marvel Comics character. Directed by Bob Persichetti, Peter Ramsey and Rodney Rothman, the film explores the origin story of the newest Spider-Man in town — Miles Morales (Shameik Moore), a Brooklynite with an African American dad and a Puerto Rican mom — by diving into a comic book multiverse filled with various incarnations of the renowned web-slinger, from the quick-witted Spider-Gwen (voiced by Hailee Steinfeld) to the hard-boiled Spider-Man Noir (Nicolas Cage) to the cartoon-ish Spider-Ham (John Mulaney). "Anyone can wear the mask; everyone is powerful and everyone is necessary, and that is the spirit of the movie" - Spider-Man: Into the Spider-Verse director Bob Persichetti. Image via Twitter

While it doesn't really explore the advantages or barriers of Miles' bi-racial identity, it doesn't completely ignore his race either. The appeal of Stan Lee’s Marvel superheroes were they were human first, super second. So, they had depth, vulnerabilities and flaws. Spider-Man: Into the Spider-Verse's simple enough message that anyone — regardless of age, race, ethnicity, gender and species — can get bit by a radioactive spider (or pig), put on a mask and Lycra-tights, fight crime, learn to kiss upside down and become Spider-Man is particularly important in an age where diversity-fearing trolls feel the need to launch smear campaigns and post fake negative reviews about films on Rotten Tomatoes. Spider-Man: Into the Spider-Verse thus offered a welcome breath of fresh air in terms of cultural representation, and the simple themes of family and friendship at the film’s heart offered much-needed positivity.

Spider-Man: Into the Spider-Verse also boasted some extraordinarily dazzling visuals with a colour palette that bustles with a constant energy. It recalled the visual style of the original comic books (with thought bubbles and paneling) and incorporated some fresh new styles of animation — somehow seamless blending CGI, anime and hand-drawn elements into a dotted background texture. It was quite unlike any animated film we've seen before — and certainly a worthier Best Picture nominee than Green Book.

Because neither Black Panther nor Spider-Man: Into the Spider-Verse turn racism into feel-good, white saviour narratives. They are not dated, inauthentic films in which black people exist primarily to help white people overcome their problems or absolve their past sins. Both the Marvel films are bold, original ventures that expanded the scope of cinematic storytelling and encouraged empathy, understanding and discussion about how there is more that unites us than divides us. (From L-R) Bob Persichetti, Peter Ramsey, Rodney Rothman, Phil Lord and Christopher Miller pose with the award for best animated feature film for Spider-Man: Into the Spider-Verse in the press room at the 2019 Oscars. (Photo by Jordan Strauss/Invision/AP)

Gemma Chan, who makes her MCU debut with Captain Marvel, rightly remarked how superhero films are leading the charge when it comes to diversity and female representation. "I think the Marvel Cinematic Universe has been quite ahead of the game when it comes to diversity. Superhero films seem to have been slightly ahead of the general filmmaking," said the actress, who stars alongside Brie Larson in Marvel's first female superhero film. It is comforting to see a blockbuster studio understand the importance and delight of seeing someone who looks, thinks and talks like you represented on screen.

Like Spike Lee said, "the ref sure made the wrong call."