Hotel Mumbai, starring Dev Patel, Armie Hammer and Anupam Kher, will hit the theatres in India on 22 November. Zee Studios and Purpose Entertainment announced the release date of the film on Friday.

Hotel Mumbai will release in India in four languages -- English, Hindi, Tamil and Telugu. The movie, which recounts the November 2008 siege of the famed Taj Hotel in Mumbai by a group of LeT terrorists, is directed by Anthony Maras.

Maras has also co-written the screenplay with Feet Collee.

The release of Hotel Mumbai comes as a relief to Indian fans since the Indian release has faced its share of hiccups.

The film did not hit Indian shores, despite its release date being set as 29 March initially. As the film went mysteriously missing from the theatre listings, the Times of India even investigated the factors that could have led to the film not being released in the subcontinent.

Patel plays Arjun, a newly promoted waiter, while Hammer and Nazanin Boniadi are David and Zahra, tourists and new parents. Jason Isaacs of Harry Potter-fame stars as a Russian businessman Vasili. Anupam Kher is also part of the cast, and will be seen as a chef in the same hotel.

Hotel Mumbai had its world premiere at the Toronto International Film Festival 2018 on 7 September, and received positive reviews for its portrayal of the harrowing attack. 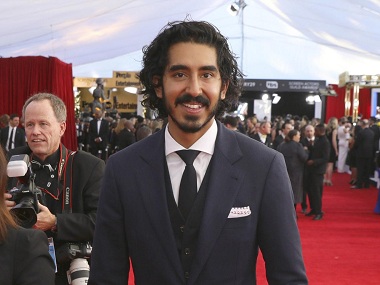