Game of Thrones season 8: Before your watch begins, a comprehensive recap of all 67 episodes

From seasons 1 to 7, here's what happened on Game of Thrones. Along the way, we'll also be tracing the characters' journeys, and speculate on who'll be left standing for the finale.

Where everyone is at the end of Game of Thrones season 7:

At Winterfell — Sansa, Arya, Bran as the Three-Eyed Raven, Sam and Gilly

On their way to Winterfell — Jon, Daenerys, Tyrion by sea; Jaime by land

Near the Wall — the Night King, Tormund, Ed

Where everyone is at the end of Game of Thrones’ season 6:

In the Riverlands — Jaime, the Hound

Where everyone is at the end of Game of Thrones’ season 5:

At Winterfell — Roose and Ramsay Bolton

Somewhere between Winterfell and Castle Black — Theon and Sansa, Brienne and Pod

Beyond the Wall — Bran, Hodor, Meera

In southern waters — Sam and Gilly, Bronn and Jaime

Where everyone is at the end of Game of Thrones’ season 4:

At Winterfell — Roose and Ramsay Bolton, with Tyrion

In the Vale — Sansa, Littlefinger, Brienne and Pod

Where everyone is at the end of Game of Thrones’ season 3:

To the Wall’s south — Ygritte, Tormund

Heading towards the Vale — Arya, The Hound

How will Daenerys Targaryen's visions in the House of the Undying translate into the conclusion of Game of Thrones season 8?

There's been dissection aplenty of Daenerys’ vision, and there's reason to believe that a very literal version of these may come to pass. Read the full theory here: bit.ly/2VILHSf

Where everyone is at the end of Game of Thrones’ season 2:

Beyond the Wall — Sam and the men of the Night’s Watch; Jon with Ygritte and Mance Rayder

What if the fates of all your favourite characters — and of the war for the Iron Throne — had been explicitly stated in the very first season, if not the very first episode of Game of Thrones?

From Tyrion's death to Sansa being queen, did episode 1 have all the answers? Read the theory here: bit.ly/2Uk2BVy

Where everyone is at the end of Game of Thrones’ season 1:

Heading North — Arya with Yoren, Gendry and others

Where everyone is at the end of Game of Thrones season 7:

At Winterfell — Sansa, Arya, Bran as the Three-Eyed Raven, Sam and Gilly

On their way to Winterfell — Jon, Daenerys, Tyrion by sea; Jaime by land

Near the Wall — the Night King, Tormund, Ed

The Night King rides Viserion — and shatters the Wall 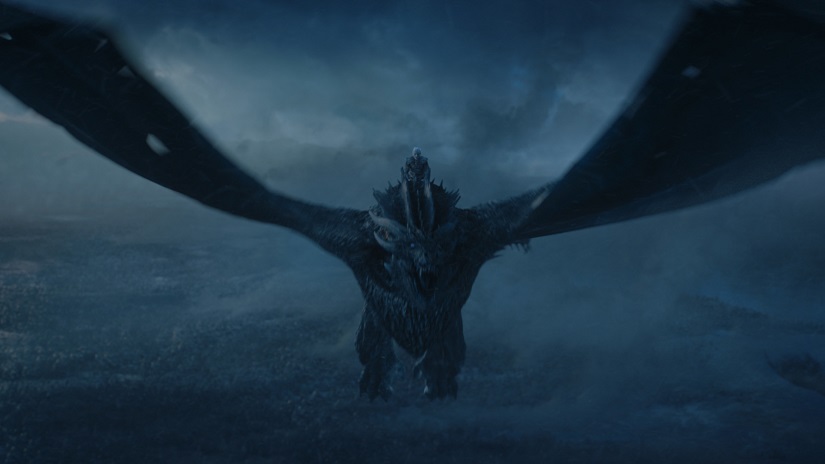 The finale begins at King's Landing, where the two opposing sides in the war for Westeros are to meet for a parley.

Pleasantries insults are exchanged between the two parties before Tyrion and Jon get down to the real business of the day: convincing Cersei to agree to a truce while they fight the Night King beyond the North. They reveal the wight they brought along — Cersei seems horrified enough by it to agree to the armistice, until she asks, as one of the conditions, that the King in the North swear an oath that he will take up no arms against Lannisters and not declare for any side once the battle beyond the Wall is over. Jon refuses, and says he's already sworn his fealty to Daenerys.

The complete recap is here: bit.ly/2Zb9cFB

Jon, Tormund et al go beyond the Wall to capture a wight 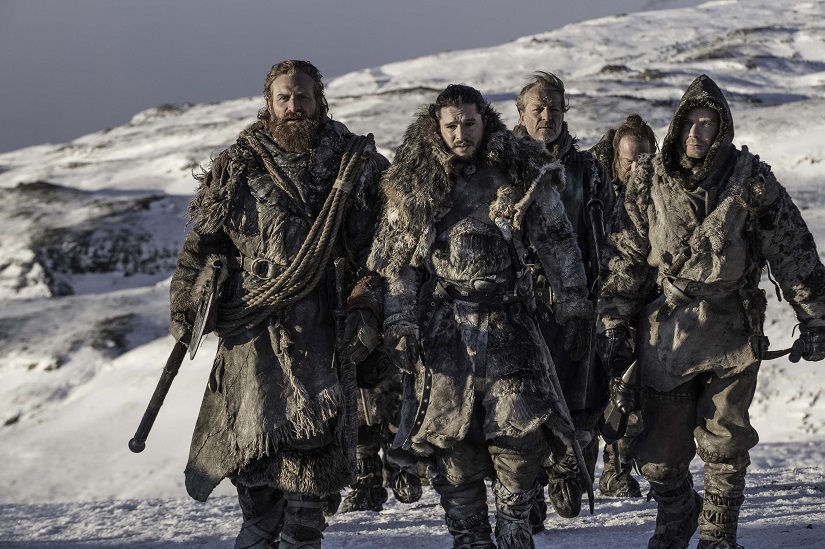 The Fellowship of the King — Jon Snow, Ser Jorah 'The Bear' Mormont, Gendry 'The Bull' Waters, Sandor 'The Hound' Clegane, Ser Berric Dondarrion, Thoros the Priest and Tormund Giantsbane — are trudging along the snowy expanses beyond the Wall. They have two minor skirmishes: a wight bear that attacks them, shaking Thoros around as though he were Leonardo DiCaprio in The Revanant, before finally being subdued by the others. Then, a group of wights along with their White Walker commander helpfully pass by so our heroes can capture one of them. Mission accomplished?

Jon is fascinated by Drogon 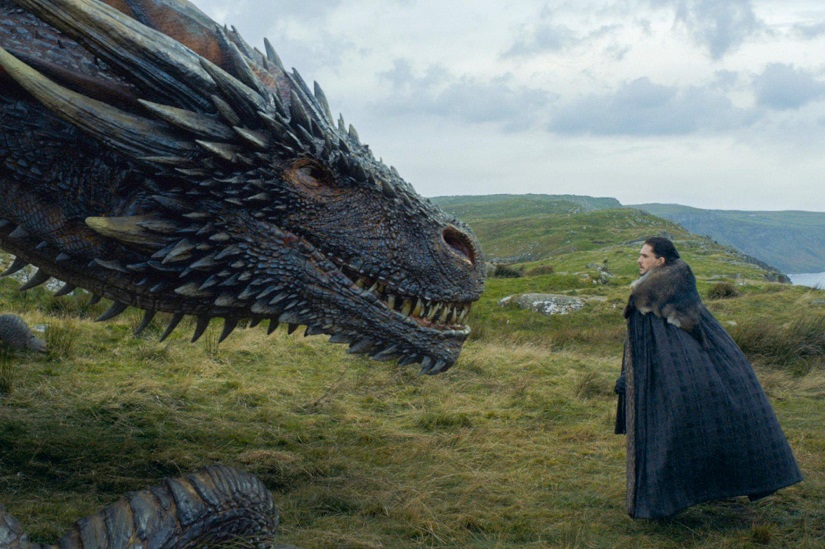 After the fire and devastation that was episode 4 (The Spoils of War), episode 5 was more of a slow burn.

All through ‘Eastwatch’ (which except for the very end wasn't really set at the dank Northern holdfast for which it was named), there was a sense of events being set into motion, the consequences of which will lead to a major conflagration.

Jorah, having being cured of greyscale, has made his way to Dragonstone. His khaleesi is happy to see him and the duo have an emotional reunion. By the end of the episode, however, Jorah's off with Jon to fight those White Walkers marching to Eastwatch 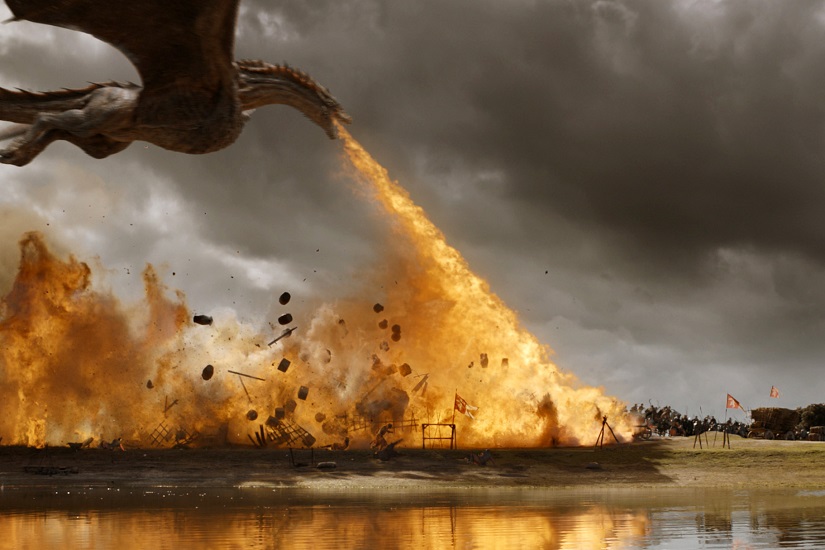 Game of Thrones season 7 episode 3 gave fans what they'd been waiting for — a Jon-Dany meeting. Apart from that significant development though, it was bad news all around for the Mother of Dragons. Her conquest of Casterly Rock turned out to be an empty triumph, the Unsullied were stranded there with some more of Dany's ships burnt, she'd lost yet another ally (Olenna Tyrell), and Cersei was having an all-around good time, thanks to having annexed Highgarden and taken over all its gold and (very nearly) the grain.

Well, episode 4 changed the stakes. Dany, suitably angry, is now on the warpath. But we're getting ahead of ourselves.

Here's a quick review of every major happening on ‘The Spoils of War’: bit.ly/2GbdJz8 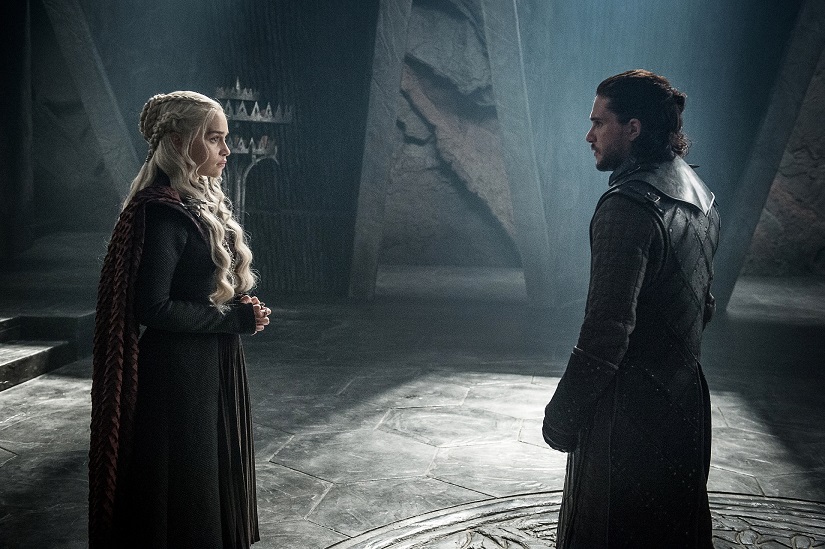 There has never been a television event of the magnitude of Game of Thrones, and it's easy to see why. HBO's fantasy epic, which began in 2011 and has encompassed seven spectacular seasons thus far, picked up the best of George RR Martin's A Song of Ice and Fire series and gave it the sumptuous screen adaptation it deserved. Who will still be left standing at the end of Game of Thrones season 8? HBO

With Game of Thrones' season 8 premiere mere hours away, conjecture over what the finale will portend for all of the character we've known so closely for eight years now, is at fever pitch. We might theorise all we want, but the answers will only be evident over the course of this six-episode final season.

Before our watch begins, let's take a look at what happened on Game of Thrones, from seasons 1 to 7. Along the way, we'll also be tracing the characters' journeys, and speculate on who'll still be standing at the bittersweet end.