From Rockstar to Tamasha; Ranbir Kapoor and his inevitable coming-of-age

The actor turns 40 today, but the exuberance he brings to his otherwise erratic and enigmatic characters suggests he shall always be modern Hindi cinema’s favourite man-child.

It’s hard to crack what Ranbir Kapoor feels and how he feels in real. The poker-face that was once called as flat as a plateau by Deepika Padukone suggests he’s emotionless. Oh yes, that was also the word used by his finest co-star so far, and maybe his best till he’s acting. On screen, he can explode anytime you want. The actor turns 40 today , but the exuberance he brings to his otherwise erratic and enigmatic characters suggests he shall always be modern Hindi cinema’s favourite man-child.

It all began when his best friend Ayan Mukerji made his directorial debut with Wake Up Sid in 2009. The title is a giveaway already. Here’s a wealthy slacker who storms out of his house after failing his exams. The cockiness is neither inherited nor earned, the arrogance is on the nose. When he finally grows up, you sense something is amiss. It was better being that child your loved ones adored. Sometimes, growing up may not be the best option. In Mukerji’s second film Yeh Jawaani Hai Deewani, he was rather precocious, the opposite of Sidharth Mehra. Kabir aka Bunny was too ambitious for his own good. This hyper and restless soul is awakened by his friends and the girl who secretly loves him to death. There’s depth in dialogues if not necessarily in writing, there’s heartbreak and redemption that should last forever. Here’s a film that has the courage to show that it’s as crucial to pause and breathe, and not be a free bird. All birds after all, come back to their nests as dawn descends. The second filmmaker who has explored the actor’s persona the best is Imtiaz Ali. The duo has done two films together- Rockstar and Tamasha. Both of them have Kapoor play characters that are, at first, breezy and badass. One is loutish, the other a little more evolved. Both play on pretense. In Rockstar, Janardhan pretends to be a rockstar and in Tamasha, Ved pretends to be Don who then pretends to be Ved. Both expectedly transform into unpredictable and violent beasts that can be tamed by the women they love. These two films are classic examples of Ranbir’s man-child aura. Both Heer and Tara leave him for his own good. Both in 2011 and 2015, a man refused to take a No from a woman. The ending of both is nearly the same but the reactions are the opposite. Both Ved and Janardhan achieve their dreams, one is exhilarated, the other feels empty. No points for guessing who feels what. Perhaps Ranbir Kapoor’s greatest challenge to play a character he always aced came in the form of Rajkumar Hirani’s Sanju. The one actor who’s an amalgamation of a man and a child is Sanjay Dutt. For all his alpha-male aura and searing persona, here was a highly debated actor that made the most foolish decisions, professionally and personally. For all the wrongs he did, forgiveness was right at the doorstep as he was a good soul. Only Ranbir could have been Sanjay Dutt. Kapoor may not have the gravitas that Dutt has owned since 1981, the emotion of feeling lost and feeble is something he can pull off even in his sleep, just like how Dutt has many of his films. The same could be said for Ayan’s third film Brahmastra, where Ranbir plays a Superhero unsure of his reality and unaware of his powers. When asked Ayan about Ranbir’s characters always discovering themselves in his films, he said in an exclusive interview with Firstpost, “Enough of Ranbir’s coming of age na? To be honest, when we started the film, I didn’t know Ranbir would be 40 by the time we release it. I didn’t know I would be 39. I was 29 when Yeh Jawaani Hai Deewani released and thought I would be 33 or 34 by the time I have my next film. Who would’ve thought it would be 10 years? Coming to your question, there are two answers to it, one, this coming of age arc, I also need to move away from it in future, it’s an arc we have played with a few times.”

He added, “But I think actors can keep coming of age endlessly because in life, we are always coming of age. While making Brahmastra, I have gone through four coming of ages. We are always growing. What is the meaning of coming of age? You’re always learning something new, so that the journey never stops. Actually, I’ll take back my first thing, even if you give a different angle to a story, some characters always come of age.” 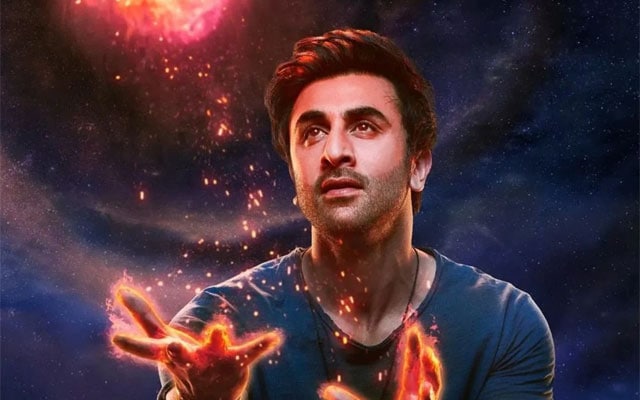 He may be right. After all, coming-of-age is just a number.

Happy Birthday Rajkumar Hirani: From Munna Bhai M.B.B.S. to P.K., must watch films by the filmmaker

The director, who has set a very high benchmark for filmmakers by giving back-to-back blockbusters, has also inspired the audiences with the help of each of his characters.