Just like every week, there’s a lot to watch this weekend on OTT this week as well. Right from Prithviraj Sukumaran's Theerppu to Riteish Deshmukh’s Plan A Plan B.

Plan A Plan B and Theerppu

Today being a weekend for everyone, just like every Friday, viewers will get a chance to watch the much-anticipated shows and films on different streaming platforms. Here’s what you can watch at your homes if you’re not planning to step inside the cinema halls for Vikram Vedha or Ponniyin Selvan-1.

Plan A Plan B

Riteish Deshmukh and Tamannaah Bhatia star in this battle of the sexes between a match maker and a divorce lawyer. The film is directed by Shashanka Ghosh of Veere Di Wedding and Khoobsurat fame. If you see the trailer, you shall realize even the harshest of hearts are, at the end, swayed by the notion of love.

29 years after the events of the film film, three high school students are trying their best to stop the Sanderson sisters looking for revenge. Filming for Hocus Pocus 2 began last year in October. This is a supernatural comedy directed by Anne Fletcher.

This crime thriller is directed by Ravi Adhikari and stars Ashutosh Rana, Satish Kaushik, Paoli Dam and Chandan Roy Sanyal. The series was tentatively titled The King Maker before. A majority of the series has been shot in Kolkata.

Starring Prithviraj Sukumaran, the film released in cinema halls on August 25 and received mixed reviews from critics and audiences. However, the performance of the leading man received praise. The drama is directed by Rathish Ambat.

The Greatest Beer Run Ever

What happens when a man wishes to visit his friends and have some beer, but is confronted by the horrors of war? This drama chronicles the journey of one such man and his friends who are army officers fighting a battle.

Directed by Shakti Soundar Rajan, this is a film where a military officer is entrusted with the responsibility to fight aliens. This is a film that flirts with the idea of science fiction. 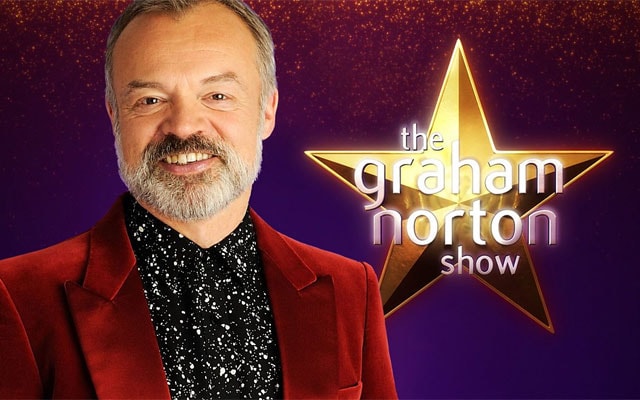 After a lot of speculations about its return, the most iconic talk show is back! Known for getting his guests soused and silly for his eponymous chat show, Graham Norton, returns to the screen with the 30th season of the blockbuster show, The Graham Norton Show. With a hefty dose of classic British humor, inside gossip, and some tea being spilled, the longest-running chat show is a master class in celebrity pairings and the big red chair high jinks. The show is all set to premiere in India on October 1st, exclusively on Lionsgate Play – with weekly drops, fans are set to experience the new season with double the entertainment.

As we head into his 30th season, here are some of the moments to look forward to, or let’s say what more can fans expect from the new season of The Graham Norton Show:

Among the stellar guests line up is Oscar-winning star of Bohemian Rhapsody, Rami Malek, promoting his new comedy mystery film Amsterdam, Hollywood scream-queen Jamie Lee Curtis, and Lydia West, known for their acclaimed drama It’s a Sin; and pop superstar Robbie Williams performing his new single Lost, will be seen on the show!

After having some of the most high-profile Hollywood stars on the show, you would think Graham would have run out of material by now. However, with his cracker of a research team, Graham has managed to mine some of the best celebrity anecdotes that these stars have hidden in their back pocket. His calm demeanor always makes his guests feel at ease, leading to some great revelations. From George Clooney’s Comic-Con Honeymoon to Carrie Fisher giving spoilers for Star Wars, what will be the cheeky revelations this year? Keep guessing!

Known for his tongue-in-cheek humor, Graham keeps the atmosphere light and whimsical. He begins his shows with short, timely monologues about what’s happening around the world, with a particular focus on the UK. Graham’s musing opening sets the show’s mood just right, and we can’t wait to see what/ who his target subject would be!

Will the high jinks of the big red chair continue?

The most fun and entertaining part of the show is the Big Red Chair, a special segment that invites audience members to wow the panel of judges (read: guests on the couch) with their most memorable moments. From the botched baby gender reveal to how Ed Sheeran found his best mate from primary school, the stories you will hear on the chair are a mixed bag that will make you roll over and laugh or shed a tear or two. This segment has become a fan favorite as guests can’t wait to pull the lever on the person in the chair.

Kardashians to make it to the big sofa?

With all the glitz and the glamor, the Kardashians have never made it to The Graham Norton Show as yet. Their appearances on other celebrity talk shows have made the buzz for time unknown. This season of The Graham Norton Show, we may see the sisters taking their seats on the couch to dish on their life and love. Stay Tuned!

From Kartik Aaryan's Freddy to Amitabh Bachchan's Goodbye: A look at OTT releases of this week

From Amitabh Bachchan to Kartik Aaryan, from Mohanlal to Malaika Arora, this week’s list is not only entertaining but also varied.