From Atul Kulkarni's Natrang to Nagraj Manjule's Sairat and Fandry, how Marathi cinema has evolved from 2010 to now

From rolling out a path for the Indian film industry, to constantly changing the discourse of their cinema with emergence, the Marathi film industry has surely come a long way. From Kunku in 1937 to Sairat in 2016, and more in between and after, Marathi cinema has had a long-standing tradition of bringing significant social issues to the fore.

The past few years saw Marathi cinema bringing out films merged with social reforms, sensibilities and laced with cultural intricacies. The decade witnessed a major surge of content, which arguably began with Natrang in 2010. Director Ravi Jadhav put together a biopic of a tamasha folk artist who had to undergo the ordeal of social banishment, constant humiliation and harrowing acts of cruelty only because of his love for the art.

Atul Kulkarni, who played the role of an effeminate dancer in Natrang, feels just one film is not responsible to bring out the change or define the decade but multiple factors are involved in it. On a call to Firstpost, Kulkarni elaborates, “We need to gauge the wider perspective. We must look into the social, economic and cultural factors which determined that particular era. The past decade observed an emergence of multiplexes, studios, young filmmakers with bold stories and also a willing spending common man for the industry to evolve.”

The child of Marathi cinema

Some may even trace this resurgence to Shawas (2004), India's official entry to the 2004 Oscars. The film, which won the National Award for Best Feature Film (2003), was a sentimental tale of a grandfather’s wearing effort to save his grandson who’s diagnosed with retinal cancer.

Childhood and nostalgia were winning themes in this decade. In films like Shala (2012), Balak Palak (2013), Killa (2015), TimePass (2014), Elizabeth Ekadashi (2014), the vulnerabilities of childhood become a matrix of historic transformation. While Shala tells the story of adolescent love, of yearning and loss in a rural town of Maharashtra, Killa centers around  a child’s emotional development while he is on the cusp of socio-economic transformation. Balak Palak directly addresses the question of teen sexual curiosity as a bunch of friends explore the world of smutty booklets and videos. The narrative of Balak Palak is framed by the present. A parent couple in the present is shocked to discover their son’s stack of pornographic magazines. The narrative then shifts in a flashback to the eighties, to the time of the parents’ childhood, where a group of teenage boys and girls grapple with the changes within them and their growing curiosity about sex. Balak Palak directly addresses the question of teen sexual curiosity as a bunch of friends explore the world of smutty booklets and videos. | Twitter

Nagraj Manjule’s films Fandry (2014) and Sairat were a heady, all-consuming, love affair. The films showcased how inter-caste romance even today in India can be inherently tragic. Romance in these films is juxtaposed to the feudal structure of rural Maharashtra. In Fandry, this structure forbids the male lead, Jabya—who comes from a lower caste—to even make contact with Shalu, an upper caste girl. Fandry, told from the lens of a tumultuous childhood, builds to a stunning, saddening and perhaps even enraging climax. The film left to open interpretation sees Jabya hurling a stone to the camera, perhaps a sign of rebellion or a reiteration of his anger around the normalcy of caste discrimination.

Sairat was a gutting story about two young lovers, Archie and Parshya, who become victims of honour killing stemmed from deep rooted casteism. It carried foot-tapping music, warm lighthearted moments, vulnerabilities of a new couple and a gut-wrenching end. Somehow, Nagraj broke a major convention when it came to the heroine; he made sure Archie, who was introduced as a bold, feisty, no-nonsense 16-year old, is the ‘hero of the story’. She can be seen riding a horse, a bullet and even astonish people with her on-the-face attitude. She is your knight in shining amour. Apart from winning National and International awards, Sairat broke major cultural boundaries and succeeded to set precedents for future films. A still from Sairat |File Image

Filmmaker Swapna Waghmare Joshi feels Marathi cinema harboured legendary films even before this decade,and on the contrary, the industry today is in a ‘beautiful era where all kinds of films are accepted’. “We just need to make a good film and it will be accepted. It can be a film with a social message something like Sairat, Court, Fandry or it can be a sheer entertainer like Katyar Kaljat Ghusli, Mitwa, audience right now is clearly enjoying the diversity. As filmmakers, we have a scope to dream, let go of cinematic formulas and indulge in creativity with conviction.”

With a combination of good storytelling, a receptive audience and strong backing from established names such as Priyanka Chopra, Sanjay Bhansali, Ritiesh Deshmukh and many more, marathi cinema has gotten the attention it deserves. Joshi, whose films Laal Ishq (2016) and Savita Damodar Paranjpe (2018) were bankrolled by Bhansali Productions and John Abraham respectively, calls it a ‘confidence-booster’.

“I feel happy that people who are in a much bigger ball game are trusting my industry and are willing to venture in it because naturally they see a potential here. It is not just about making money, because the kind of money they make in Hindi is way beyond our expectations and yet are they are here possibly for a creative satisfaction. Having worked with both Bhansali sir and John, I can tell you nobody treats the films as a lesser-product compared to Bollywood projects. And it is heartening to see that even our films are treated with equal efforts and respect.”

Ventilator (2016), Rajesh Mapuskar’s Marathi directorial debut, produced by Chopra under her company Purple Pebble Pictures, had been invited to the 55th New York Film Festival, 2017.  The film, a funny-yet-sensitive take on relationships at a time when a family member slips into coma. It boasts of an ensemble cast with the likes of Ashutosh Gowariker, Jitendra Joshi, Sulbha Arya and Usha Nadkarni among others. In 2014, Deshmukh made his debut in Marathi films with a double role in the super hit entertainer Lai Bhaari. While Akshay Kumar’s Grazing Goat Pictures produced 72 Miles - Ek Pravas (2013), Madhuri Dixit made her debut with Dharma Productions’ Bucket list, and international studio Fox India made its foray into the industry with the 2016 film Half Ticket. It is indeed rewarding for the industry to be associated with huge names.

With enthused moviegoes, international recognition, studio backing and ample breathing space in the industry, young filmmakers are churning out never-seen before stories.

In 2018, Ravi Jadhav bought a masterpiece to the celluloid with Nude. The film was an account of two women who pose for art students for a living, one a veteran (Chhaya Kadam) and the other her niece (Kalyanee Mulay). It strikingly depicted what lies at stake for women when they challenge the patriarchal Indian mindset.

The second-half of the decade saw directors tapping into the millennial mindset. Muramba (2017) was a lighthearted, finely observed tale of urban millennial relationships. At the beginning of the film, Alok (Ameya Wagh) hesitantly deliberates upon his sudden breakup with his long-time girlfriend, Indu (Mithila Palkar) when he announces it to his parents and unintentionally deconstructs his relationship. For Alok, it is a break-up, but for his mother (Chinmayee Sumit), it’s a family wedding called off (Indu was already a daughter-in-law for her). The film was a breezy welcome change from the tropes of dysfunctional family dramas because this family actually talks. (Hello Dil Dhadakne Do, Kapoor & Sons!) Kasav (2017), from filmmaker duo Sumitra Bhave-Sunil Sukthankar, won the Golden Lotus Award at the 64th National Film Awards. A heart-felt social drama, the film featured Iravati Harshe as Janaki who offers the shelter of her beach house to a suicidal young man essayed by Alok Rajwad. Just as sea turtle moms must lay their eggs and hope for the best from their offspring, Janaki creates an emotional incubator until her house-guest can swim away on his own.

In 2019, Sachin Kundalkar made sure his feature Gulabjaam left our hearts warms and stomachs hungry. Aditya (Siddharth Chandekar), leaves his high paying bank job to open a restaurant and recreate the food of his childhood. When he tracks down Radha, who is famed for her culinary touch, he encounters a living example of the notorious Puneri brand of hospitality. She is eccentric and completely disinterested in mentoring at first, but soon her cracks dissolve. The Indian sweet dish might not have a noticeable presence in the film, but acts as a metaphor.

A decade of wonderful content, successful blockbusters, international and national awards, and now the Marathi film industry is welcoming a yet another change – the streaming world. With OTT platforms taking the charge, producers are looking at the digital influx for newer avenues of income.

Joshi thinks streaming platforms are a great way to put out bold content. She says, “Bolder in your thoughts, and I do not mean only with lovemaking scenes. With digital medium, we have an opportunity to be bolder with themes and subjects.”

In 2019, Firebrand (a Netflix feature produced by Priyanka Chopra) and National Award-winning filmmaker Aruna Raje explored a complex female character — a feisty lawyer who has risen above childhood trauma to become a successful divorce attorney, one who apparently revels in beating her male opponents in court. However, her superhero cape falls down when the wounds of her own sexual assault cause troubles in her marriage. For Hirkani actress Sonalee Kulkarni, the digital medium is a way to get closer to her viewers. She tells Firstpost, “With social media and streaming platforms on a rise, content everywhere has changed. The online presence of celebrities allows viewers to directly communicate, share the feedback with their actors. This indirectly helps our future content, our perspectives, and the kind of future projects we must get onboard with.”

Bhartiya Digital Party (Bhadipa), a Marathi YouTube forum has over six lakh subscribers, which each independent video scoring million views. Their viral comedy web series Casting Couch with Ameya and Nipun starring Ameya Wagh and Nipun Dharmadhikari - is a soft roast of a celebrities inspired by Zach Galifianakis Between Two Ferns. Apart from featuring various prominent faces from the Marathi entertainment industry, the show had guests such as Imtiaz Ali, Radhika Apte and Anurag Kashyap.

A late entrant to the streaming platform, MX Player, is also churning out regional content. With slice-of-life Marathi originals like Aani Kay Hava, Once A Year, Pandu, the industry is clearly tapping into the next gen audience and venturing into a newer territory with a fresh surge of content.

While Bollywood may remain uncontested with its humongous budget, superstar cult and larger screen spaces, it certainly is not a precedent when it comes to content. Factors such as challenging stereotypes, inventive narratives, authentic and thought-provoking storylines, will continue to draw the audiences to the new wave of Marathi cinema. 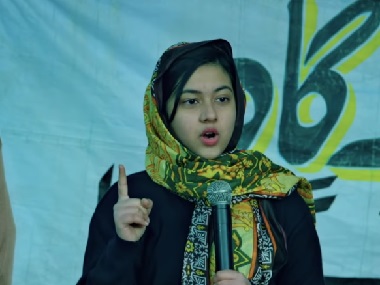