So, Game of Thrones took home the big one for best drama series yet again while The Marvelous Mrs Maisel won all the major comedy honours in what has proven to be a hugely successful night for the show.

That's it from us. Hope you enjoyed our coverage of the Emmy Awards 2018.

And the top prize, Outstanding Drama Series, goes to Game of Thrones

And the winner for Outstanding Lead Actress in a Drama Series is...Claire Foy for her role as Queen Elizabeth II on The Crown

And the winner for Outstanding Lead Actor in a Drama Series is...Matthew Rhys for his role as Philip Jennings on The Americans

The Americans finally wins something!!!

Joel Fields and Joe Weisberg win the Emmy for Outstanding Writing for a Drama Series for the episode, "START."

And the winner for Outstanding Supporting Actress in a Drama Series is...Thandie Newton for Westworld

And the winner for Outstanding Supporting Actor in a Drama Series is...Peter Dinklage for Game of Thrones

Bill Hader ​has won the best actor in a television comedy Emmy Award for his role in Barry.

Rachel Brosnahan is the winner of the best actor in a television comedy Emmy Award for her role in The Marvelous Mrs. Maisel.

It's the first Emmy for Brosnahan, and comes in the first season of her first leading role on television. She plays Miriam "Midge" Maisel, a housewife in New York in the 1950s who finds she has a knacke for stand-up comedy.

She won a Golden Globe for the role earlier this year. Hers is the latest win for the Amazon series, which has also won a supporting actress Emmy Award for Alex Borstein and Emmys for best writing and directing.

In her acceptance speech, Brosnahan says the show is "about a woman who is finding her voice anew" like so many women in the country right now.

The first awards of the night went to sentimental favourite Henry Winkler — the Fonz himself — for best supporting actor in a comedy for Barry, and to Alex Borstein for Amazon's The Marvelous Mrs Maisel.

So, Game of Thrones took home the big one for best drama series yet again while The Marvelous Mrs Maisel won all the major comedy honours in what has proven to be a hugely successful night for the show.

That's it from us. Hope you enjoyed our coverage of the Emmy Awards 2018.

Game of Thrones won after a one-year hiatus in the category and was the leading nominee going into Monday's ceremony. Peter Dinklage also won the Emmy for best supporting actor in a drama series Monday night.

It beat out other drama series The Americans,The Crown, The Handmaid's Tale, Stranger Things, This Is Us and Westworld.

The Amazon series, The Marvelous Mrs. Maisel, stars newcomer Rachel Brosnahan as a 1950s mother and housewife who pursues a career in stand-up comedy and finds success by mocking her estranged husband.

And the top prize, Outstanding Drama Series, goes to Game of Thrones 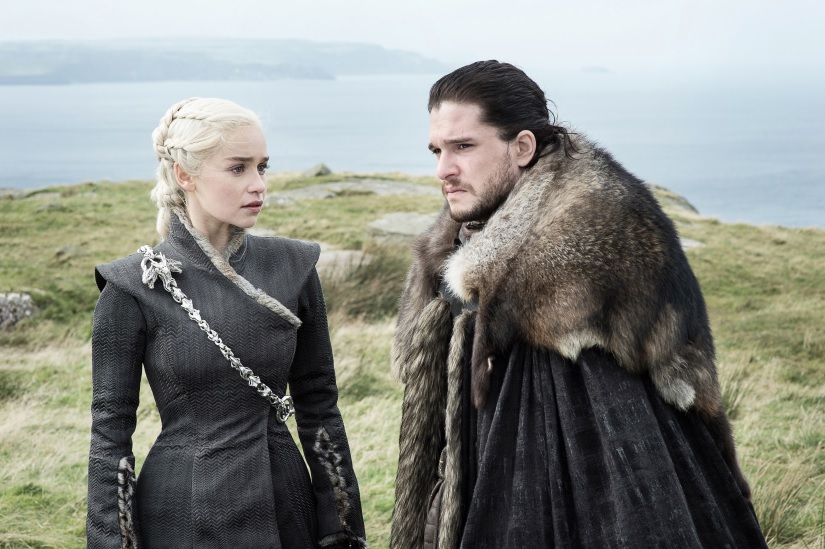 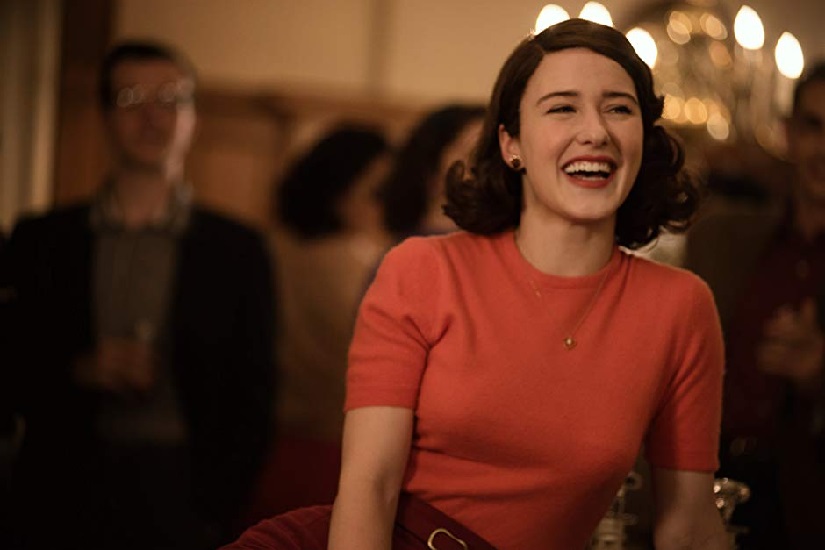 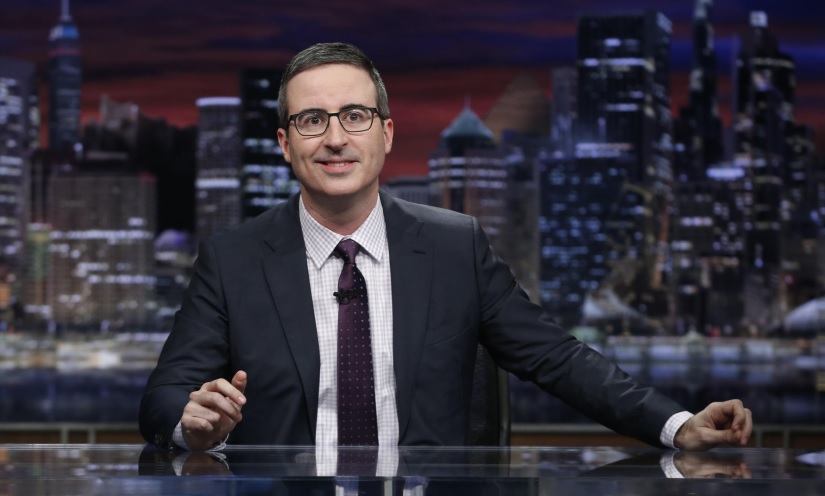 Since its creation in 2003, the category has been dominated by two shows, Amazing Race and The Voice, with Top Chef winning the category in 2010.

Congratulations to @RuPaulsDragRace on your #Emmys win for Reality Competition Program pic.twitter.com/gCkDapVf44

Rick and Morty are here, y'all! 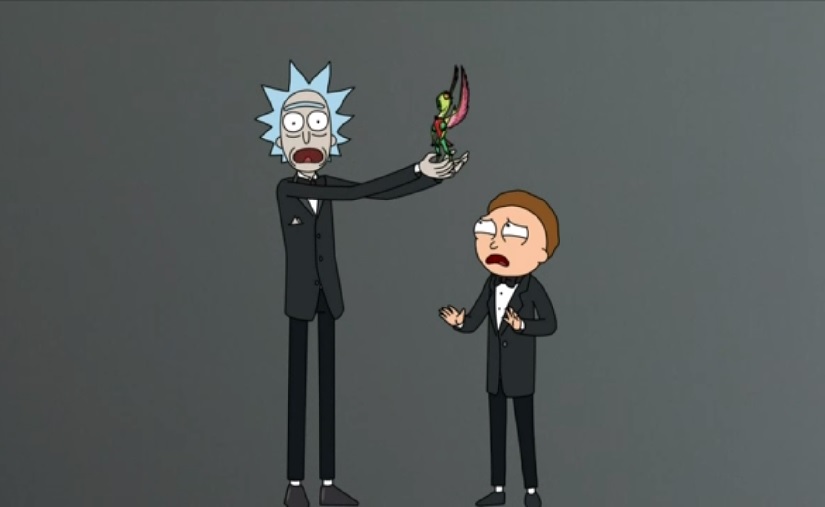 People want more of Hannah Gadsby, who came to present the Emmy for Outstanding Directing for a Drama Series.

Wait y'all are telling me HANNAH GADSBY was gonna be here and Y'ALL STILL CHOSE COLIN JOST AND MICHAEL CHE TO HOST?!?!?! #Emmys

Updates: Game of Thrones won the Emmy on Monday for best drama series while The Marvelous Mrs Maisel won best comedy series in what has proven to be a hugely successful night for the show.

Claire Foy of The Crown and Matthew Rhys of The Americans won top drama acting Emmys as Monday's ceremony spread its wealth around to streaming and cable but largely snubbed broadcasting and, largely, diversity.

The Marvelous Mrs. Maisel, Amazon's freshman sitcom about a 1950s homemaker turned edgy stand-up comedian, took an early lead at the Emmy Awards, which gently mocked itself for its own lack of diverse winners.

The field bested by Foy included last year's winner Elisabeth Moss for The Handmaid's Tale and Sandra Oh of Killing Eve, who could have been the first actor of Asian descent to get a top drama award.

In a ceremony that started out congratulating TV academy voters for the most ethnically diverse field of nominees ever, the early awards all went to white men and women.

"Let's get it trending: #EmmysSoWhite," presenter James Corden joked at the midway point, riffing off an earlier tribute to Betty White.

"I want to say six awards, all white winners, and nobody has thanked Jesus yet," co-host Michael Che said, referring back to his earlier joke that only African-American and Republican winners do.

Then Regina King broke the string, with a best actress trophy in a limited series or movie for Seven Seconds, which tracks the fallout from a white police officer's traffic accident involving a black teenager.

She was followed by Darren Criss, who won the lead acting award for the miniseries The Assassination of Gianni Versace and who is of Filipino descent.

Thandie Newton won best supporting drama actress for Westworld, and Peter Dinklage added a third trophy to his collection for Game of Thrones.

The ceremony had a real-life drama moment when winning director Glenn Weiss, noting his mother had died two weeks ago, proposed to his girlfriend, Jan Svendsen.

Preview: The 2018 Emmy Awards, the highest honours in television, will be handed out at a ceremony in Los Angeles on Monday, hosted by Saturday Night Live performers Colin Jost and Michael Che.

Fantasy or realism? That’s the question at the Emmy Awards this year as voters choose whether to reward television dramas and comedies that provide comfort and escapism, or bleaker fare that echoes troubled times. Dragons and castles saga Game of Thrones and heart-tugging family drama This is Us square off against chilling series The Handmaid’s Tale and Cold War spy show The Americans for the highest honors in television on Monday.

Comedies have changed since Cheers and Friends in the 1990s. This year, the absurdist hip-hop-inspired Atlanta and black-ish, which both delve into race in contemporary America, compete for best series against the sunny 1950s housewife tale The Marvelous Mrs. Maisel and Larry David’s chronicle of everyday annoyances in Curb Your Enthusiasm.

Fan favourite Game of Thrones, a medieval fantasy of warring knights, is seen as the biggest challenger to Handmaid’s Tale for the top Emmy prize.

Elsewhere, the grisly limited series The Assassination of Gianni Versace throws a spotlight on serial killings and homophobia in the 1980s, while Laura Dern is seen as the favorite to take home an Emmy for her role in the television film The Tale about child sexual assault.

Comedy series front-runners Mrs. Maisel and Atlanta could not be more different from each other in tone. Mrs. Maisel, about a mother who turns to stand-up comedy after a divorce, is an exuberant period piece with a dash of early feminism. Atlanta, created by and starring actor-singer Donald Glover, is set in a hard-scrabble community on the margins of the city’s hip-hop culture.