Dev Patel will soon make his directorial debut with a revenge thriller titled Monkey Man. According to a Mumbai Mirror report, the actor is currently in Mumbai for research and recce on the film, set in modern-day India. The report adds that Patel is in the city for ten days and is also meeting producers for future collaborations.

The plot of Monkey Man revolves around a kid who emerges from prison to fight off a world marred by "corporate greed and eroding spiritual values". Set in modern-day India, the movie will also be layered in mythology.

Patel co-wrote the script with Paul Angunawela and John Collee. Thunder Road's Basil Iwanyk is producing, along with Joe Thomas, Samarth Sahni from Xeitgeist and Patel. It fame Chung-hoon Chung is attached as director of photography. Deadline had previously reported that action sequences will be choreographed and designed by 87Eleven.

The actor was last seen in Amazon Prime Video's anthology series Modern Love, based on The New York Times column and podcast of the same name. Consisting of eight standalone episodes, the half-hour series explored love in all of its complicated and beautiful forms including sexual, romantic, familial, platonic and self love.

Patel will be next seen in Armando Iannuci's adaptation of Charles Dickens’ celebrated literary work The Personal History of David Copperfield. The film is said to be a modern take on the Dickens’ character David Copperfield, modeled after the author himself, chronicling the journey from an impoverished childhood to becoming a famous author. 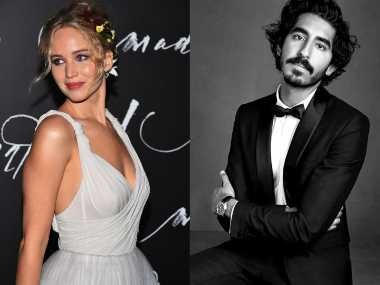 Jennifer Lawrence to star in Netflix comedy Don't Look Up; Dev Patel's next will be financial thriller Flash Crash