Producer Karan Johar and director Shakun Batra are all set to collaborate on their next project, which will be a relationship drama. The yet-untitled film will star Deepika Padukone, Siddhant Chaturvedi, and Ananya Panday in key roles.

Shakun, who has previously directed Ek Main Aur Ekk Tu (2012) and Kapoor & Sons (2016), will also produce the movie along with Karan Johar and Apoorva Mehta, from Dharma Productions.

Talking about the project, Karan said in a statement, “Shakun has directed one of the most acclaimed films of Dharma Productions — Kapoor & Sons. With this movie, he also turns producer with us. His upcoming directorial is an intriguing relationship drama, which will release on Valentine’s Day 2021. I am proud and excited about Shakun’s vision as a versatile filmmaker.”

He's back with another dose of life & love! @deepikapadukone, @SiddhantChturvD & @ananyapandayy to star in @shakunbatra's next relationship drama releasing on 12th February 2021! Can't wait to see this magic unfold!!@apoorvamehta18 @DharmaMovies pic.twitter.com/gT97Jb0X1G

Shakun added in a statement, “I have had a wonderful journey with Karan and his production house for almost a decade now, and I can’t wait to get back into the director’s chair for my next. It’s a relationship drama where the characters find themselves stuck in a morally ambiguous zone.”

The film, which will go on floors early next year, is slated to release on 12 February, 2021.

Batra is also scheduled to serve as the showrunner and executive producer of Netflix and Dharmatic's (Dharma Productions' digital arm) collaborative venture of developing a documentary on Ma Anand Sheela. Formerly the personal assistant of Bhagwan Rajneesh or Osho, Sheela was a controversial figure in the godman's life. The docudrama aims to give a personal insight into the controversial figure, who polarised opinion, and found admirers and critics alike. Along with revealing facets of her that have thus far never been seen, a highlight of the documentary is a candid conversation between Ma Anand Sheela and Karan Johar. 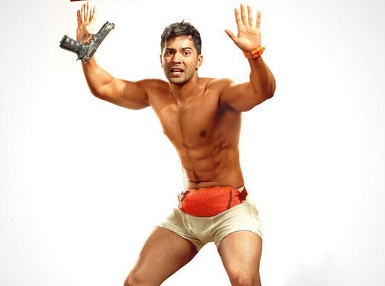