Christina Aguilera has announced she recorded a new version of her classic Mulan track 'Reflection' for the upcoming Disney live-action remake.

While performing at the Las Vegas residency Xperience on Wednesday, Aguilera told fans she has also sung some new material for Disney's live-action update of the 1998 film.

"The live-action Mulan is coming out by the way," she is heard announcing to the crowd. "You have to go see it. I recorded a new 'Reflection' and new material for the movie. I've been working on that but this is the original."

This is the first confirmation of the singer's involvement in the film. Aguilera had made a surprise appearance at Disney's 2019 D23 Expo last August to sing the song at the beginning of a Mulan panel.

@xtina has mentioned for a while shes had a project in the “vault”. Could this be what she is referencing? Pulling Reflection out from the “vault” and re-recording it? #mulan #Disney https://t.co/boNjkWprNY

Directed by Niki Caro, the remake stars Crystal Liu as Mulan, a woman who disguises herself as a man to spare her elderly father from military service.

The official synopsis of Mulan reads, "When the Emperor of China issues a decree that one man per family must serve in the Imperial Army to defend the country from Northern invaders, Hua Mulan, the eldest daughter of an honored warrior, steps in to take the place of her ailing father. Masquerading as a man, Hua Jun, she is tested every step of the way and must harness her inner-strength and embrace her true potential."

Apart from Yifei, the film also stars Donnie Yen as Commander Tung, Jason Scott Lee as Böri Khan, Yoson An as Cheng Honghu, Gong Li as Xianniang, and Jet Li as the Emperor.

Mulan is slated to release on 27 March. 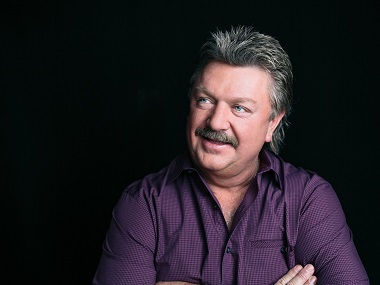