Breaking Bad: Before El Camino, a look at what made Vince Gilligan's crime series a modern classic

Run a poll and ask people who Heisenberg was, and few would name the Nobel Prize-winning quantum physicist. It’s not the first time a famous name has been appropriated, but never has it been done with more aplomb. The idea of a chemistry teacher turning meth cook might seem a little out there, but then there was nothing normal about Breaking Bad. Hell, Heisenberg himself might have been impressed by the ‘good’ use his only contribution to chemistry was used for (Google it!). 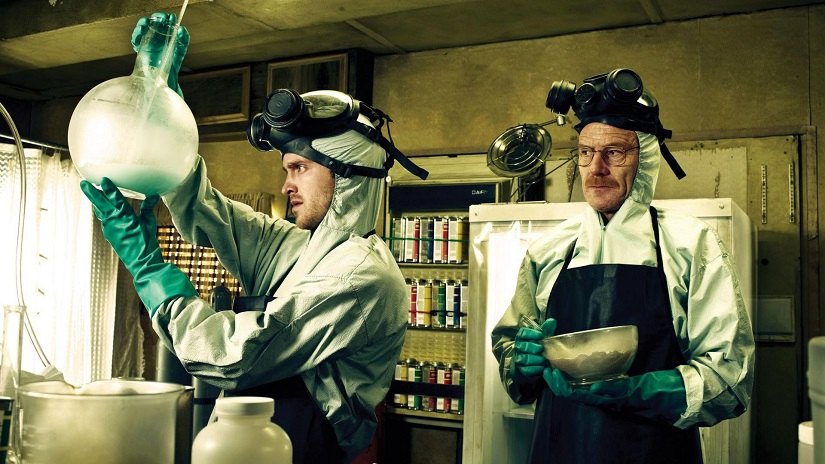 Breaking Bad didn’t just make science cool; it made science wicked, in every sense of the word. If it made you want to dig around in your parents’ old chests of junk, find your school chemistry set and create poison out of beans, you wouldn’t be the only one. Six years back, when Walter White (Bryan Cranston) eventually realises his death wish, rescues one-time business partner, Jesse Pinkman (Aaron Paul), and the credits roll, you couldn’t have asked for a more poetic end to what will be remembered as one of the most memorable stories ever told.

The show’s cult following hasn’t gone unnoticed over the years, and we’ve already had one successful spin-off/prequel, Better Call Saul, which gets into its fifth season next year. It’s a whole planet of fandom, but it’s still Vince Gilligan’s main story that people talk about, the one that people miss, the one that had its heroes figuratively riding off into the sunset. Or so we thought. Last weekend, when Netflix dropped the trailer for El Camino: A Breaking Bad Movie, it resuscitated long dead discussion boards and brought an end to years of speculation on the possibility of one last hurrah.

In hindsight, what is it about Breaking Bad though, that makes it a modern classic? Definitely wasn’t just one thing.

To start with, it was like watching a classic western movie without the cows, horses, six-gallon hats and lassos. But it definitely had those feels, because every frame was a work of art etched on 35mm film. The rich colours of southwest America are played up through some beautiful cinematography and even the indoor shots are lifted by some exceptional mood lighting and an eye for contrast. The contours on Walt’s face, a solitary pink teddy bear floating in a pool of deep azure, every one of those stunning sunsets, all make for some indelible memories.

Breaking Bad wasn’t just a visual treat though. If tickling all your senses was what show creator Vince Gilligan was going for, he hammered a home run with an eclectic mix of post punk, world music, R&B and some plain old rock. There are times when the music actually feels like the third character on the show; lurking somewhere behind the meth smokescreen, waiting to be unleashed when the conversations ran dry. The musical montages tie scenes together and move the narrative along, at times better than mere words could.

All of this beautifully crafted window-dressing could just as easily have been for nothing though, had the writing not been what it was. If the premise was a shocker to start with, the writing just lifted the love for its characters. Imagine your high school chemistry teacher cooking meth for money after he’s diagnosed with terminal cancer. You inevitably start from a place of empathy for Walt’s situation and slowly watch his degeneration. The ride through his five-season long journey from anxious, uncertain schoolteacher to deadly drug lord is almost like giving Kurt Vonnegut the rights to your memoirs and saying, “Write my future. Go wild with it.” There’s a certain brand of gallows humour that makes content loveable, and it’s strong with this one. The cast of Breaking Bad | AMC

It wasn’t just the dark humour though; the drama was thick and some of the episode ending cliffhangers would make any television top ten list. There’s no slack on this show, never the feeling of time being filled, never a scene that felt unnecessary. It’s a compulsive binge-watch; difficult to take a break from once you’ve started. A lot of this is achieved by throwing in some very complex character arcs. Without getting into a back story, there’s enough in the screenplay to spark your imagination and decide for yourself what Walt White probably always was, deep down inside. It’s also remarkable how Jesse’s character starts off being antagonistic, yet ends up being the one everyone is rooting for.

The show also introduced a really interesting support cast along the way, from Walt’s DEA brother-in-law Hank (Dean Norris) to sleazebag lawyer Saul Goodman (Bob Odenkirk) and Mike (Jonathan Banks), the hitman you can’t help but love. Skyler White’s (Anna Gunn) character was probably the most fascinating of the lot though, and a testament to Gilligan’s deep understanding of how the human mind works. Put yourself in the shoes of a woman whose boring husband suddenly turns into a meth dealer, and hers becomes a transformation that’s as thought-provoking as those of the two lead characters. She’s downright annoying at times but highly resourceful, and has a temperament of steel.

When Gilligan gives us his sequel in October, seeing some of these characters again will no doubt be a huge draw, apart from closing out Jesse’s story. One can’t help asking though, whether it will be quite the same without Walt. Six years on, it’s easy to look back at all that’s memorable about the show, and it eventually always boils down to two people. You saw a mentor-apprentice relationship quickly taking on shades of ‘parent-problem child’, followed by something way more complex, something that’s hard to define. There were trust issues, there was always a manipulator and a manipulated, and there was enough going on for a couple’s therapist to have a field day. Call it what you want but there were definitely shades of love, a (b)romance of another kind. That is what stays with you.