Ahead of For Here or To Go?, a look at films about the 'NRI dilemma', from Hyderabad Blues to Swades

Ali Fazal's upcoming film, For Here or To Go?  deals with the plight of a young professional attempting to extend his work visa, echoing the sentiments of millions of Indians who face issues pertaining to stringent US immigration laws.

Before For Here or To Go? hits the screens on 6 July, a look at the films that capture the dilemma of Indians living abroad, the crisis of identity and cultural displacement and exile. This film, that has come to be one of the highest grossing Hindi movies ever and has achieved a cult status with reruns being still held at the famed Maratha Mandir, connected thoroughly with the South Asian diaspora who watched it not just as a love story of the protagonists Raj and Simran but as a story of a family who reside in London. They live overseas to earn their bread but suffer a sense of loss of belonging there.

Bauji, played by late actor Amrish Puri, does not like listening to English music, scoffs at Indian men asking for alcohol and is generally disapproving of a lifestyle that is inculcated there. When he gets a letter from his home in Punjab, the smell of the soil of his own land excites him. In a particular scene where Simran, essayed by Kajol, confronts Raj, played by Shah Rukh Khan, whether they spent the night together, Raj tells her,"Main ek hindustani hoon... Aur main jaanta hoon ki ek hindustani ladki ki izzat kya hoti hai" ( I am an Indian, I know what dignity means to an Indian woman). Adarsh and sanskar peppered throughout the narrative with Baldev Singh or Bauji constantly reminiscing of a life back in Punjab, desiring to come back to his own mitti. 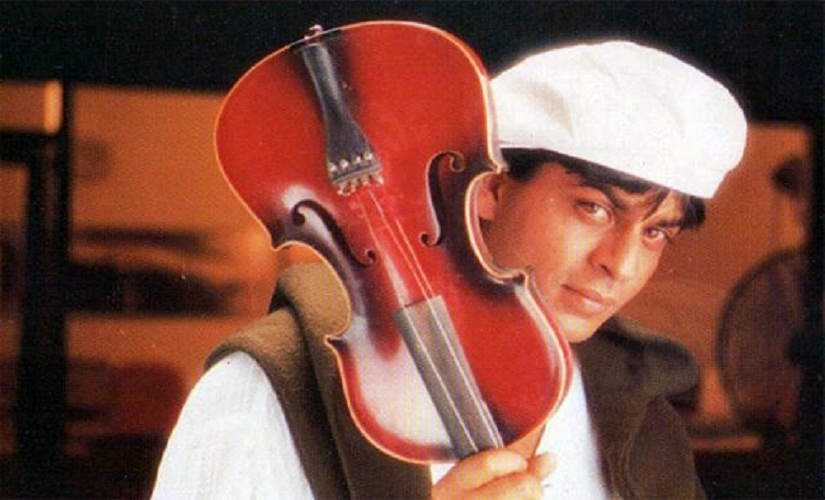 The song 'Yeh Mera India' appears within the first 15 minutes of the film, establishing its theme of the celebration of Indian culture. The female protagonist, appropriately named Ganga after the Hindu goddess symbolising purity and chastity. There is constant juxtaposition of the characters of Ganga, who epitomises Indian values with that of Rajiv (played by Apoorva Agnihotri), the America-born son of an NRI businessman (played by Amrish Puri). The marriage between Ganga and Rajiv would "bring India's pure Ganges to these concrete jungles of America" . Ganga , who lives in a farm, visits America where she is introduced to the life of casinos, nightclubs and amusement parks. The film went on to become a critical and commercial success with Mahima Chaudhary receiving the Filmfare Best Female Debut in 1998. Katrina Kaif and Akshay Kumar in a still from Namastey London. Facebook/ @BollywoodFilme

This film, as critics have often noted, bears strong similarities to the 1970 film Purab aur Paschim. The most iconic scene of the film is when the character of Arjun Singh, played by Akshay Kumar, delivers a speech that debunks the coloniser's myth of the East being a the land of snake charmers and elephants. This speech from the film is a moment of pride for NRIs who have faced stereotyping and orientalisation in the West. This East-West binary is seen throughout the film.

Hindi cinema loves contrasting the lush green fields of Punjab, the joint families and their camaraderie against the nuclear Western life, with its cement and steel structures. The film's colonial reference is a recurrent theme in the film, where Rishi Kapoor's character laments, “I’m just the Indian father of an English daughter";  the daughter being Jasmeet or Jazz (Katrina Kaif), as she prefers being called. Irrfan Khan and Soham Chatterjee in a still from The Namesake

The film by Mira Nair, based on the novel of the same name by Jumpa Lahiri, deals with the struggles faced by first generation immigrants, the lack of understanding and interaction between the traditional parents, played by Irrfan Khan and Tabu, and the America-born son, essayed by Kaal Penn. The is a gnawing sense of being out of place, being a foreigner, an outsider that all the characters at different points of the film are confronted with. While Gogol is uncomfortable with his pet name, Ashima and Ashoke Ganguli, Gogol's parents, are unable to comprehend his modern, American ideas on dating, marriage and love. A still from Hyderabad Blues. Facebook/@batchof90s

This 1998 Nagesh Kukunoor film tells the story of a young man called Varun Naidu (played by Kukukoor) living in the US who comes back to his hometown in Hyderabad after 12 years only to suffer reverse culture shock. He, who has internalised Western ideas of dating, finds it difficult to wrap his head around the concept of an arranged marriage.

Swades: We the People Shah Rukh Khan in a still from Swades. Twitter/ @imANShinde

The Ashutosh Gowarikar film is based on the true life story of a Non-resident real life couple, Aravinda Pillalamarri and Ravi Kuchimanchi who returned to India and developed a pedal power generator so as to help their country. The film stars Shah Rukh Khan, who plays NASA scientist Mohan Bhargava in search for Kaveri Amma, a lady who took care of him while growing up. However, his few weeks' holiday provides him with a perspective of India that makes him abandon his comfortable life in the US and settle in India.

The above mentioned films are seminal works about diasporic representation and consumption of Indian popular culture. The western life, in all these films is that of parties, night-clubs and social events painting a picture of decadence. Indian culture, on the other hand, is portrayed to be pious, a life of order interspersed with hours of  puja (prayer).