On the occasion of Lata Mangeshkar’s birth anniversary (28th September), Prime Minister Narendra Modi announced that a chowk in Ayodhya will be named after the legendary singer.

While this news made all fans of Lata Didi super happy, this is not the first time where we saw the streets and chowks after Bollywood celebs.

In Lata Didi’s honour a Chowk is being named after her in Ayodhya. https://t.co/CmeLVAdTK5 The chowk, which is situated at SV Road, Bandra, is named after the legendary singer. It is near his bungalow Rafi Mansion. 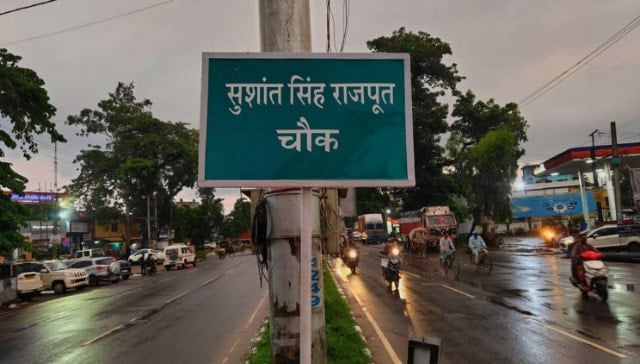 Ford Company Chowk situated in Purnea, Bihar was renamed Sushant Singh Rajput chowk as a tribute to the late actor. In memory of the Mother India actress, a street at Pali Hill, Bandra (West) To honour the actor, the Pimpalwadi Road leading to Shirdi was named after him. A street named after Raj Kapoor is situated in Brampton, Canada He added, “I have a lot of memories with Lata didi, many emotional memories. Whenever we would talk, her sweet voice would mesmerise me. She called me in happiness when Bhoomi Poojan of Ayodhya’s Ram temple got completed

“I remember, after the bhoomi-poojan of Ram Mandir in Ayodhya, Lata didi called me. She was very happy. She could not believe that Ram Mandir was being constructed. The chowk named after Lata didi will act as an inspiration for those who are associated with the arts in our country. This will remind us that being connected to the roots, and going towards an advanced future, it is our duty to spread the message of Indian culture and arts all over the world,” concluded PM Modi.