Natalie Portman made a surprise appearance at the world premiere of Avengers: Endgame in Los Angeles on 22 April, sending Marvel fans into a frenzy. The Oscar winner was a part of the Marvel Cinematic Universe (MCU) as the astrophysicist Jane Foster and Thor's love interest in Thor (2011) and Thor: The Dark World (2013). However, her character did not return to any of the Avengers films that followed.

Since then, Portman has starred in films like Jackie, Vox Lux, Annihilation and will also be seen as an astronaut  in Lucy in the Sky.

Fans were thrilled to see Portman gracing the purple carpet of the Marvel event, but also wondered whether her character would make a comeback in the upcoming film.

WHY IS NATALIE PORTMAN AT THE AVENGERS PREMIERE IS SHE IN ENDGAME???? pic.twitter.com/ol02vi4rnK

Natalie Portman showing up to the Avengers Endgame premiere... yeah I had to STAN that one — jon (@prasejeebus) April 23, 2019

Why was Natalie Portman at the premiere of #AvengersEndgame ??? Will she be in the movie (as Jane Foster)? 😁😁😁❤❤❤ pic.twitter.com/ZHrl0WciX2

Why is natalie portman attending the avengers endgame premiere???? Does it mean something??? — Zeinab Zorkot (@ZeinabZorkot1) April 23, 2019

me seeing natalie portman at the premiere: pic.twitter.com/YBcCscbTkw

Touted as the most awaited film of 2019, the last instalment of MCU's Phase III will release worldwide on 26 April. 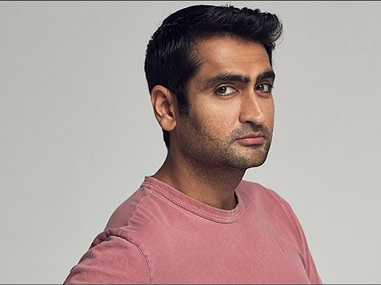