For Amazon, full frontal female nudity, violence and gore seem to be fine. What isn’t fine, however, is male nudity and questionable behavior with cows.

Much is being said about Amazon Prime Video’s self-censorship policies, yet again. The debate was sparked off this time by their use of the blurring machine during the second season of The Marvelous Mrs Maisel, arguably their biggest show globally. In the absence of any government regulations or guidelines pertaining to streaming content, it really is up to the platforms themselves to make that call. Netflix and Hotstar haven’t gone down that route yet, and Netflix has even gone on record denying that it has any plans to do so.

Censorship has always been around in India, and any form of mass media and content has been subject to three kinds of censorship — moral, cultural and political. And it is of interest to note what Amazon has decided to censor and what it hasn’t. 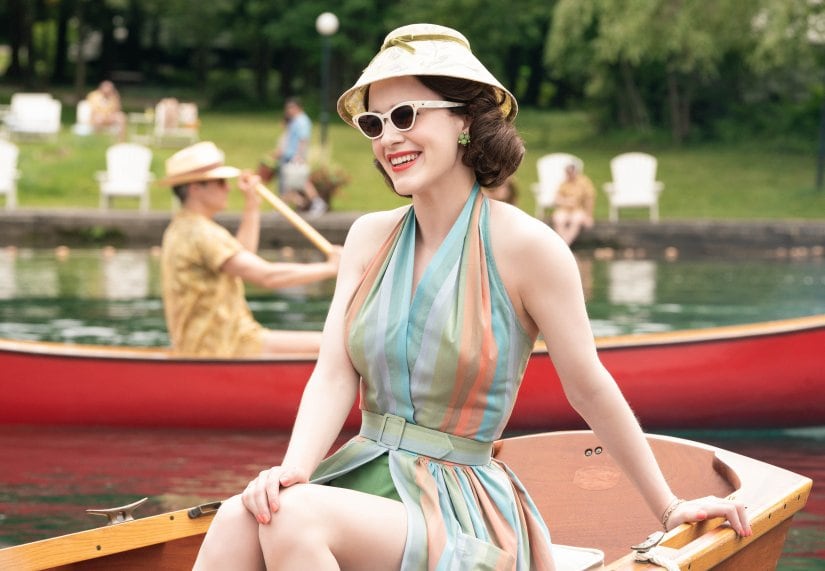 Rachel Brosnahan in The Marvelous Mrs. Maisel/Image from Twitter.

Alcohol and cigarette packaging, we’ll put down to their legal team covering their bases — the last thing you need is some jobless idiot with a PIL looking to exploit a sketchy law on what constitutes tobacco and alcohol advertising.

Let’s talk about nudity because that’s what everyone notices first. This season of Mrs Maisel saw the blurring of male genitals, but the first season has Mrs Maisel flashing her breasts at an entire nightclub of people and their in-house VP of Blurring didn’t blink. So, you start thinking that maybe breasts are fine and it’s only genitalia that are a problem, just maybe. That’s when you also remember that there was full frontal female nudity in American Gods and images of man-swallowing vaginas, but they blurred a penis there as well. Not a very gender inclusive approach to censorship, you’d have to say. Language, on the other hand, doesn’t seem to be a problem at all or they just haven’t hired a VP of Bleeping as yet.

Violence and gore seem to be fine as well. What isn’t fine, however, is questionable behavior with cows. After the Grand Tour incident where an hour-long episode was chopped in half, because the innards of a cow were visible, Amazon’s VP of Cow Welfare decided that they would air two different versions of American Gods in India. The ‘International’ version would be uncensored, while the ‘Indian’ version would have some ‘slight’ censorship, mainly to do with subject matter revolving around a cow-slaughter house in episode two. Clearly, apart from the blurring of penises, nudity and gore weren’t the problem here.

This ‘slightly’ censored Indian version was Amazon’s attempt at being cultural sensitive and that is just one aspect of a very confused picture. One might argue that Amazon’s approach to business has always been volume driven and it’s reflected in their pricing. They want the numbers, they want the masses and ergo they need to appeal to families. Their investments in content, one expects then, would reflect that. Yes, they have the latest Bollywood movies and a lot of the popular TV sitcoms from abroad, the kind that has made for family viewing in India over the years. You’d expect to see a clear direction when you look towards their locally commissioned content to try and get a picture of what will fly and what won’t. Pankaj Tripathi in a still from Mirzapur

Okay, so Amazon wants the ‘early adopters’ as well, those who look at streaming platforms as a source of content where creative freedom isn’t curbed by societal norms. And why not? An OTT platform should appeal to every audience, and let each audience choose what they want to watch.

Which is why censorship is a problem. And self-censorship should be left to the individual.