The first look poster of Sanjay Leela Bhansali's Gangubai Kathiawadi is out. It has Alia Bhatt in two braids, sporting a red tika, playing the namesake mafia queen. Bhatt has a stoic look on her face, depicting the hardened Gangubai, one of the female crime bosses to have operated in the city of Mumbai.

The film was initially offered to Priyanka Chopra Jonas. However, as that did not work out, Bhatt was roped in to play the titular character. Shooting for the film began in December 2019, and marks Bhatt's first collaboration with Bhansali.

The actor, who was last seen in Kalank, was previously scheduled to work with Salman Khan on Bhansali's Inshallah. However, after Khan walked out citing creative differences, the project has now been indefinitely shelved.

Bhatt will now be seen portraying Gangubai, a brother owner and the matriarch of Kamathipura in Mumbai in the film, which is based on the story that appears in S Hussain Zaidi's Mafia Queens of Mumbai.

Gangubai Kathiawadi will be Bhansali's first film after Padmaavat, which released in 2018 amid much controversy. This is also Bhansali's first film that features a strong female lead although it was the director's 2005 film Black, starring Rani Mukerji, which also placed a female character at the center of the narrative through the story of a deaf-blind girl (essayed by Mukerji), and her difficult relationship with her tutor, portrayed by Amitabh Bachchan.

In an interview to Zoom, Ajay Devgn confirmed he is in talks with Bhansali for an extended cameo in Gangubai. If that happens, the duo will reunite 21 years after their romantic drama Hum Dil De Chuke Sanam.

Gangubai Kathiawadi is scheduled to release on 11 September. 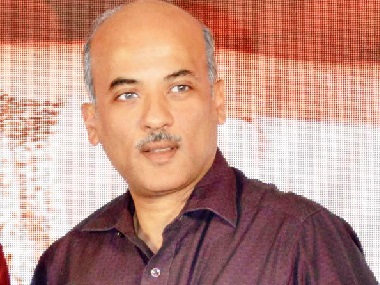