If sources are to be believed, the actor and the supermodel have been seeing each other for quite sometime and have decided to take their relationship to the next level soon.

It was earlier being reported that Hollywood star Leonardo DiCaprio was dating Camilla Morrone, but the duo parted ways. It’s now being reported that the actor is in a relationship with supermodel Gigi Hadid. A source told the publication Page Six, “They’ve mostly [been] hanging out with groups, and solo a handful of times. DiCaprio is not someone who is in-and-out of relationships. He doesn’t jump around hooking up. They are taking it slow.”

The two were spotted at Richie Akiva and Darren Dzienciol’s party at a loft in Soho. The same source also stated that the two are getting to know each other. 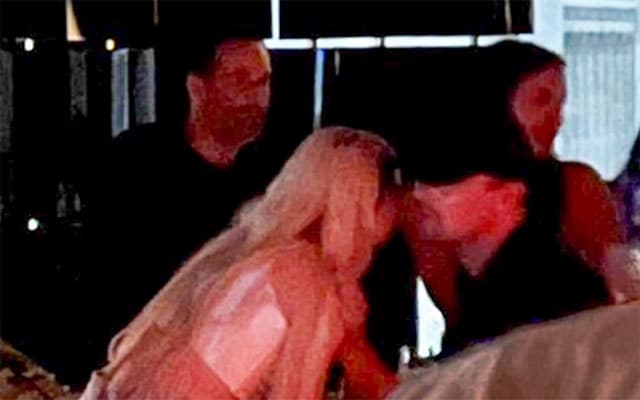 Talking about Caprio’s former relationship with Morrone, the source revealed, “The relationship had run its course.” And speaking to The Daily Mail, the supermodel’s father Mohamed Hadid opened up on the Titanic star.

He said, “I met Mr. DiCaprio in St. Tropez four or five years ago and he is a very nice man. I liked him.” When asked about the actor’s alleged relationship with his daughter, he said, “They are friends – they have known each other for some time. I have not spoken to my daughter about Mr DiCaprio. I don’t think they are dating – I believe they are just good friends. But I really don’t know.”

Leonardo DiCaprio is known for classic films like Titanic, The Departed, Django Unchained, Once Upon A Time In Hollywood, and The Revenant, for which he won his maiden Academy Award for Best Actor in 2016. During his speech on stage, his co-star and close friend Kate Winslet could be seen getting emotional. The duo was also clicked at the Oscars that year sharing moments of fun and candidness on the red carpet.