Industrybuying.com is a leading business e-commerce platform selling a wide range of business and industrial products to SMEs as well as large businesses.

Affimity is the latest social networking platform based on connecting people with similar interests.

Pixeltek: When virtual reality takes over as your interior designer

What a time to be alive. There isn’t anything that virtual reality cannot help you experience! You can either swim with dolphins or feel like you are walking on Mars, and all of this, without leaving home.

Women's Day 2016: A guide to staying safe on social media in the 21st century

Let's face it. Cyber crime today against women has reached it's highest peak, or maybe not. It can get worst in time. And that's why being safe, particularly on social media, is of prime importance. 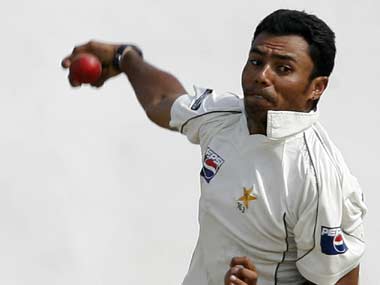 Apple vs FBI: Here's why Google, Microsoft, Facebook and others side with Tim Cook

Almost everyone in Silicon Valley has Apple’s back. Several major tech companies including Google, Facebook and Microsoft are siding with Apple which is currently in a unique battle with the FBI as the government agency wants to create a backdoor entry into iOS so it could gain access to information when needed from any user, for situations such as a terrorist attack.

What could displace Adobe Flash from its eminent place? Even though Flash is present on a few (popular) websites, the alternative opted for is HTML5. Slowly and steadily, most websites are migrating flash content to HTML5, wherever possible.

WhatsApp now free for all: Is this a move to curb free advertising forever?

WhatsApp, the world's most popular messaging app, which is owned by Facebook, the world's number one social networking website, just went free!

WhatsApp to go free: But how does Facebook plan to monetise the messaging service?

Popular and widely used messaging service WhatsApp is now free. The Facebook-owned company has decided to stop charging people 99 cents annually to use the service. Up until now, WhatsApp has been free for the first year, with the annual fee added for subsequent years of use.

It's barely been a few days since we entered 2016 and companies are already out there, gearing up to launch brand new smartphones for us!

Couponing trends in 2015: How often do you use your coupon for discounts?

For anyone who strives to aim for discounts on shopping, eateries and more, has to be aware of CouponDunia. The service offers up to date listing of coupons for Indian retailers. 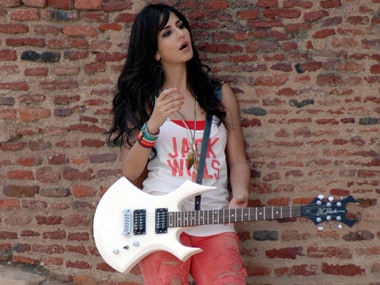 You can't afford them: The world's 10 most expensive and extravagant phones!

Stuart Hughes, known for crafting luxury Apple devices covered in precious metals and encrusted with rare stones, has created the most expensive iPhone 5 – embedded with a rare black diamond.

The most popular category in the device segment after smartphones would definitely be tablets. Most of the tablets we see in the market today carry an affordable price tag and offer a great set of specifications which caters to almost every need.

As more and more consumers opt for online shopping every minute, e-commerce companies are cashing in a lot more than they ever imagined.

Among the most popular product categories these days are smartphones and tablets. And if you're looking forward to buy a new tablet this festive season, then there's certainly a lot of questions in your mind. To begin with, we're looking at the options below Rs 30,000 worth considering.

Flipkart vs Amazon: Who is offering better tech deals?

Flipkart and Amazon are both on the run this week to offer consumers a great deal of discounts for almost everything then can possibly think about. Snapdeal Monday Electronic Sale: The deals that caught our attention, including iPhone 6, Mi Pad and more!

Festive season is on the way and there is no better way to celebrate it than go shopping. But, keeping in mind the holiday season, several popular e-commerce portals are offering mind-blowing discounts on everything under the sun. Jack Dorsey now named Twitter CEO, once again: A look at his journey so far

The 38-year old Twitter co-founder who was interim Chief Executive up until yesterday was now opted as the permanent CEO by the company! The Twitter co-founder also maintains his role as the CEO of mobile payments company Square at the same time.

Evernote's struggle: A look at other popular apps that've been through rough weather

Evernote, one of the most popular note-taking/organising app in the world which is compatible with a number of operating system platforms might be seeing a downfall.

Android Marshmallow is now official. Clearly, the first devices to feature the 6th iteration of Android will be the newly launched Nexus smartphones - Huawei Nexus 6P and LG Nexus 5X. In addition, the OS will be rolled out to the Nexus 5, Nexus 6, Nexus 7, Nexus 9 and Nexus Player as well.