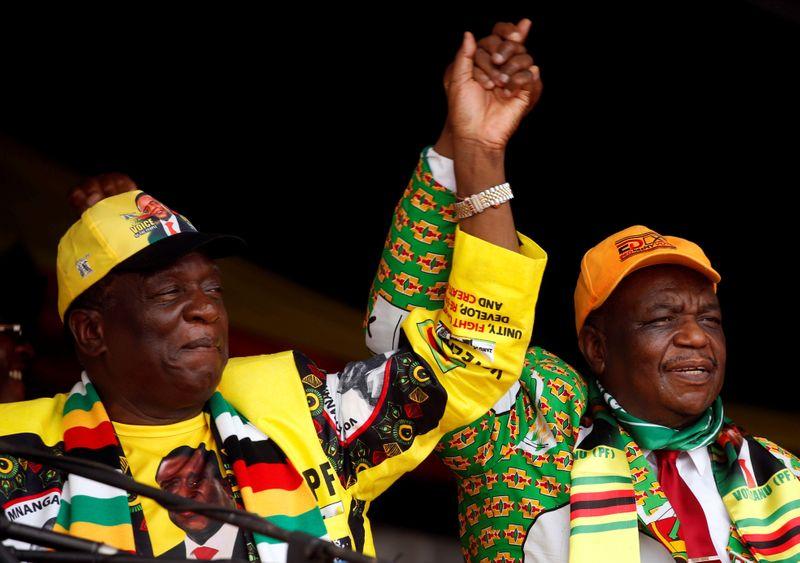 HARARE (Reuters) - The wife of Zimbabwean Vice President Constantino Chiwenga was charged with trying to kill her husband when she appeared in court on Monday.

She was initially arrested on Saturday by the Zimbabwe Anti-Corruption Commission (ZACC) on charges of fraud, money laundering and breaching exchange control rules, and is accused of illegally transferring $900,000 to South Africa.

She denies all the accusations against her and her lawyer said she would seek bail at Zimbabwe's High Court. She was refused bail for the initial charges after prosecutors argued she would flee the country or interfere with witnesses.

The charges follow media reports that Mubaiwa and Chiwenga, who returned to Zimbabwe last month after four months in a Chinese hospital where he was later treated for a blocked oesophagus, were set to divorce.

Opposition politicians took to social media to accuse Chiwenga of using his position to influence a divorce settlement. Chiwenga could not be reached for comment.

Critics of ZACC say it is conflicted because its head judge, Loice Matanda-Moyo, is married to Foreign Minister Sibusiso Moyo, a top ally of President Emmerson Mnangagwa and of Chiwenga.

The ZACC denies this and said it will prosecute all corruption cases without fear or favour.

Prosecutors also told the court that Mubaiwa was being investigated for misusing U.S. dollar allowances meant for her husband's security details.