By MacDonald Dzirutwe HARARE (Reuters) - Soldiers beat people on the streets of Zimbabwe's capital and second city Bulawayo overnight, residents said, hours after President Emmerson Mnangagwa promised to investigate a security service crackdown on anti-government protesters. There was no immediate comment from the military which kept up patrols and checkpoints on Wednesday. 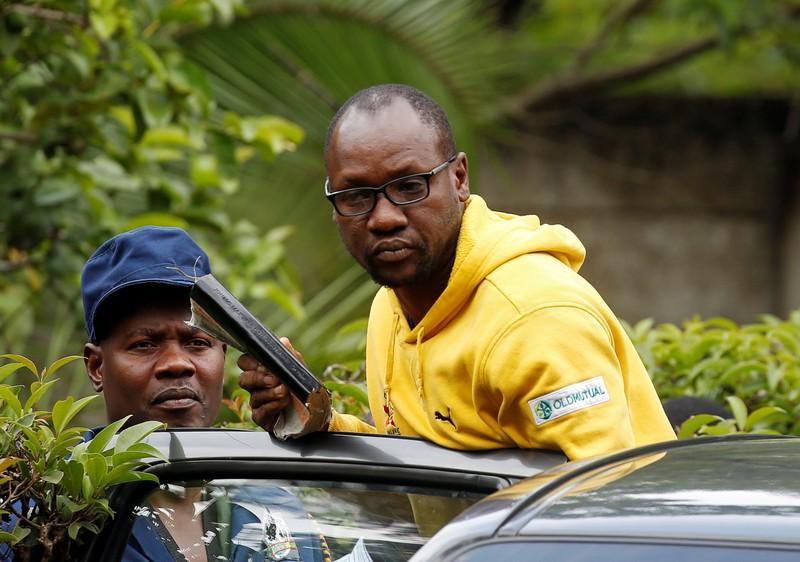 There was no immediate comment from the military which kept up patrols and checkpoints on Wednesday. The president's spokesman appeared to back the security services' handling of protests which he described as a challenge to the state's authority.

"The state has an obligation to demonstrate that it exists to ensure law and order and that's exactly what happened," George Charamba told reporters. Last week he said the crackdown was a foretaste of what would happen to future demonstrations.

Lawyers and activists say police and soldiers have killed at least a dozen people, wounded scores and arrested hundreds since protests began 10 days ago following a hike in fuel prices. Police say three people died during the protests.

Zimbabwe's Human Rights Commission (ZHRC) has accused security forces of systematic torture, raising fears that the country is reverting to the authoritarianism that characterised the rule of Mnangagwa's predecessor, Robert Mugabe.

Residents in two Harare townships and a neighbourhood in Bulawayo said soldiers beat people walking in the streets on Tuesday night.

"Soldiers just appeared in a truck and started beating up people at the shopping centre. They told everyone to go home and sleep," said one resident from Glen Norah township in Harare who asked not to be named.

Mother-of-two Thabitha Mpofu said some of the security services out in Bulawayo's Mpopoma area wore black ski masks. "I saw them beating pedestrians last night. People are now scared to go out at night."

The Zimbabwe Human Rights NGO Forum said a woman was arrested by detectives in the capital's Kuwadzana township on Tuesday night and accused of preparing food for protesters.

Mnangagwa had promised earlier on Tuesday to investigate the security services' actions against anti-government protesters and called for a "national dialogue" with churches, civil society and the opposition.

Zimbabwe's legal system was also in focus as a court postponed a bail application by activist pastor Evan Mawarire on Wednesday.

Mawarire, who rose to prominence as a critic of Mugabe's rule, was arrested on Wednesday last week and charged with inciting violence to subvert the government - an offence punishable by up to 20 years in prison.

The pastor, who is being held in the capital's Chikurubi Maximum Prison, said in his written bail application: "I aver that to peacefully challenge that the government should address the economic challenges is permissible under the constitution."

State prosecutors argued that they needed more time to prepare their case and the hearing was adjourned until Friday.

On Wednesday, Mnangagwa swore in a new prosecutor general, Kumbirai Hodzi - a candidate widely criticised by the opposition after he told an interviewing panel last year that he took instructions from the executive when deciding who to prosecute.

Mnangagwa promised during campaigning for the July 2018 presidential vote to repair the economy and break with Mugabe's politics.

With high inflation and a shortage of cash in circulation eating into ordinary Zimbabweans' spending power, the fragile state of the economy is at the heart of the country's political troubles.