HARARE (Reuters) - Zimbabwe's Catholic bishops and the law society have criticised the government for alleged human rights abuses and a crackdown on dissent, adding to growing concerns over authorities' treatment of opponents amid a worsening economic crisis. 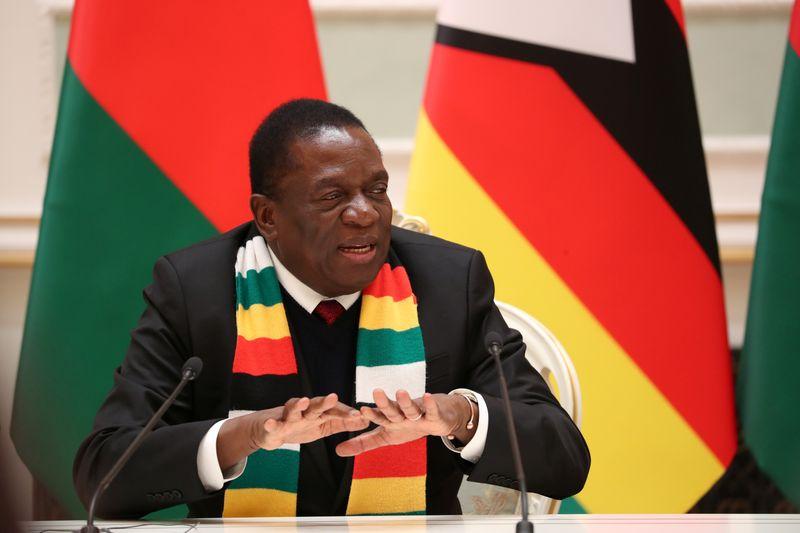 HARARE (Reuters) - Zimbabwe's Catholic bishops and the law society have criticised the government for alleged human rights abuses and a crackdown on dissent, adding to growing concerns over authorities' treatment of opponents amid a worsening economic crisis.

Inflation running at more than 800% is the clearest sign of the worst economic crisis in over a decade and has evoked memories of hyperinflation under Robert Mugabe, whose 37-year rule was ended by an army coup in 2017.

The Zimbabwe Catholic Bishops Conference said in a pastoral letter that the country had a multi-layered crisis, including economic collapse, deepening poverty, corruption and human rights abuses.

"Fear runs down the spine of many of our people today. The crackdown on dissent is unprecedented," the bishops said in the letter, read out at Catholic churches on Sunday.

"Is this the Zimbabwe we want? To have a different opinion does not mean to be an enemy."

In response, information minister Monica Mutsvangwa criticised the head of the bishops conference, Archbishop Robert Ndlovu, and described the pastoral letter as an "evil message" meant to stoke a "Rwanda-type genocide".

"His (Ndlovu's) transgressions acquire a geopolitical dimension as the chief priest of the agenda of regime change that is the hallmark of the post-imperial major Western powers for the last two decades," Mutsvangwa said in a statement.

Critics accuse Mnangagwa, Mugabe's former deputy, of resorting to authoritarian tactics like those seen under his predecessor. Like Mugabe, Mnangagwa says Western countries are funding the opposition to topple his government.

The Law Society of Zimbabwe said in a statement that the human rights situation was deteriorating and that lawyers were also under attack from government agents.

"The law society further condemns the abduction and torture of citizens across the country by state security agents and individuals allegedly unknown but aligned to the state," it said.