ATHENS (Reuters) - Greece recorded a new daily record of coronavirus cases on Tuesday, topping the 600 mark for the first time, with younger people accounting for a majority of the new infections, health authorities said. 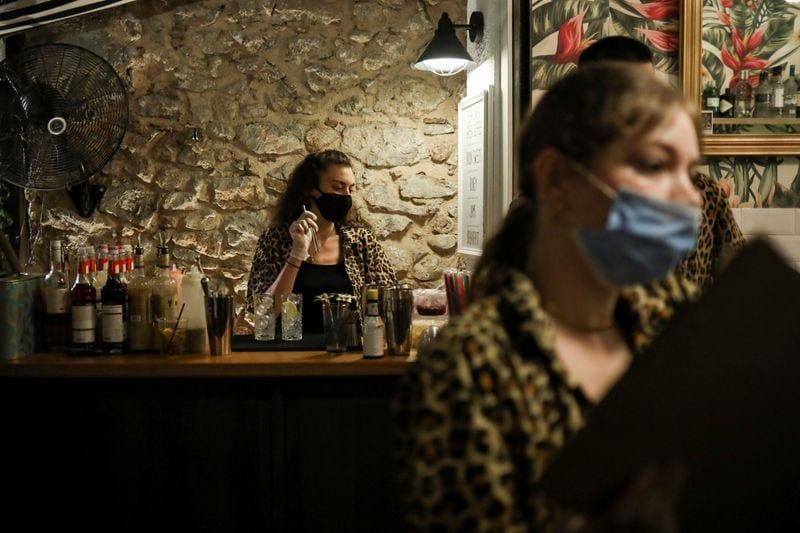 ATHENS (Reuters) - Greece recorded a new daily record of coronavirus cases on Tuesday, topping the 600 mark for the first time, with younger people accounting for a majority of the new infections, health authorities said.

"The pandemic is showing clear signs that it is steadily spreading," said epidemiologist Gikas Magiorkinis, adding that people in the age group of 18 to 39 years old made up some 60% to 70% of the new infections.

He said the pandemic was spreading increasingly in the northern part of the country and urged young people to comply with mask-wearing and social distancing measures.

Earlier, Greece scrapped a plan to allow spectators back into sporting events to help curb the spread of the virus, Prime Minister Kyriakos Mitsotakis's office said.

"It is not the right time for sports fans to return to venues, it would send the wrong message," said Deputy Civil Protection Minister Nikos Hardalias.

Hardalias said the epidemiological picture of the pandemic in the Athens metropolitan area remained "critically stable".

"How things unfold with the pandemic is in our hands," Hardalias said. "Apply the measures."

Despite the increase in infections, Greece is still faring better than many other European countries, with a relatively low level of COVID-19 infections.

Tuesday's data showed Greece's total tally of COVID-19 cases since the start of the pandemic has reached 26,469, with 528 deaths.