By Stephen Kalin RIYADH (Reuters) - Saudi Arabia appointed a prince with diplomatic experience in Western capitals as foreign minister on Wednesday in a partial cabinet reshuffle as the kingdom tries to mend its international image and prepares to take over the Group of 20 presidency. 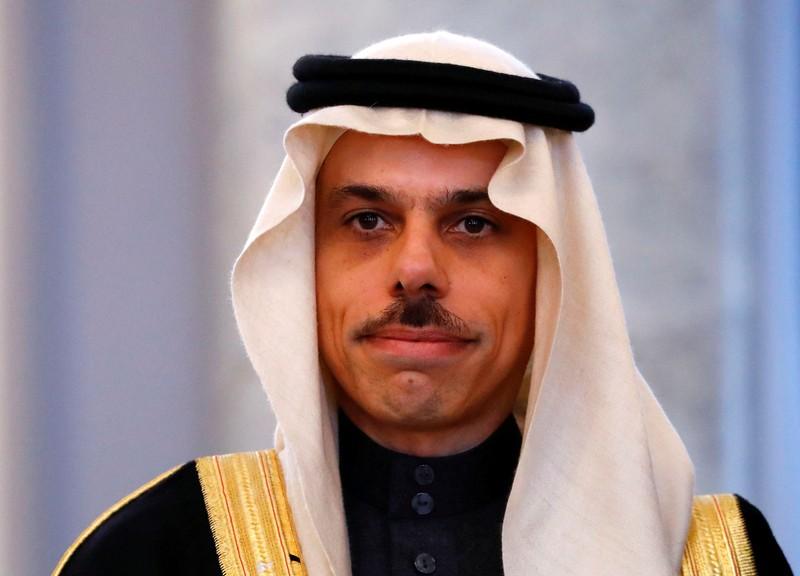 RIYADH (Reuters) - Saudi Arabia appointed a prince with diplomatic experience in Western capitals as foreign minister on Wednesday in a partial cabinet reshuffle as the kingdom tries to mend its international image and prepares to take over the Group of 20 presidency.

Prince Faisal bin Farhan Al Saud had served for the last several months as ambassador to Germany and earlier as political adviser at the Washington embassy. His previous business career in the defence industry included chairmanship of a joint venture with planemaker Boeing

Saudi Arabia, a key U.S. ally in confronting Iran, has faced intense Western criticism over its human rights record, including over last year's murder of journalist Jamal Khashoggi and its involvement in the devastating war in Yemen.

Prince Faisal joins a new cadre of top Saudi diplomats in their 40s, including the ambassadors to the United States and Britain, who are siblings.

"Look at the team being put together in DC, London, and now with the new foreign minister... Consolidation deepens and a pro-Western crew is in place," said Neil Quilliam, senior research fellow at Britain's Chatham House think-tank.

"It is a move to outsmart Iran in all the capitals and at the U.N. This is a new form of pushback."

Saudi Arabia is trying to build consensus to contain the missile programme of its regional foe after the Trump administration withdrew from a deal that put limits on Tehran's nuclear program in exchange for easing sanctions.

Washington and Riyadh blame Iran for a series of recent attacks, including a Sept. 14 strike on key Saudi oil sites. Iran denies responsibility.

Saudi Arabia's young diplomats are part of a new generation of royals, including several other ministers and deputy governors, who have risen to power under Crown Prince Mohammed bin Salman, 34.

The de facto ruler of the world's top oil exporter has the support of many Saudi youth as he pushes to diversify the economy and open the ultra-conservative society up to the world. But his reforms have been accompanied by a crackdown on dissent including the arrest of scores of critics.

It was unclear if Amoudi would remain in government. He was appointed last month to the board of Saudi Aramco as part of top management changes in the kingdom's energy sector as the state oil giant prepares for a partial share flotation as early as this year.

Outgoing foreign minister Ibrahim al-Assaf, who had earlier served as finance minister for years, remains a minister of state. He was appointed less than a year ago to restructure the ministry.