By Abdulrahman al-Ansi SANAA (Reuters) - Yemenis greeted a pledge by President Joe Biden to halt U.S. support for the Saudi-led military campaign in Yemen with a mixture of optimism and scepticism amid deep concerns about the extent of the damage caused by the six-year war 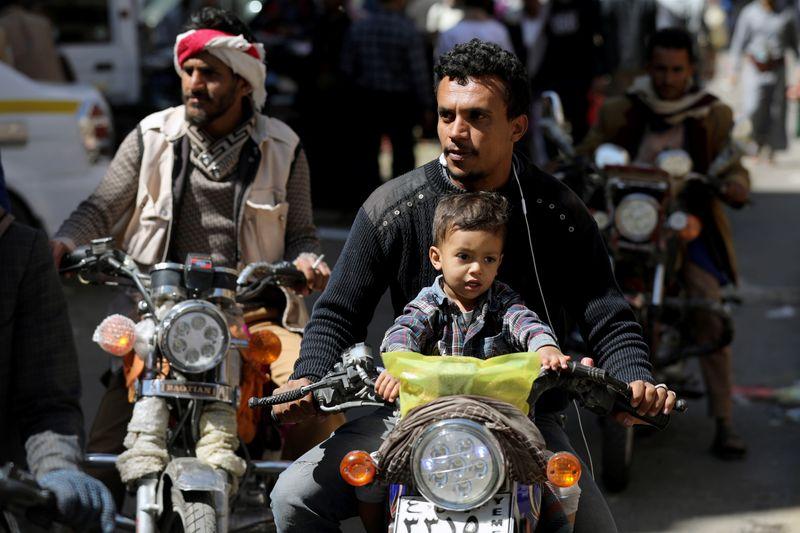 SANAA (Reuters) - Yemenis greeted a pledge by President Joe Biden to halt U.S. support for the Saudi-led military campaign in Yemen with a mixture of optimism and scepticism amid deep concerns about the extent of the damage caused by the six-year war.

Biden also named veteran U.S. diplomat Timothy Lenderking as the U.S. special envoy for Yemen as part of efforts to step up American diplomacy "to end the war in Yemen, a war which has created humanitarian and strategic catastrophe".

The United Nations describes Yemen as the world’s worst humanitarian crisis, with 80% of its people in need and millions on the verge of a large-scale famine.

"This is a good announcement and we are hopeful that the war will stop and that they (Americans) will deliver on their promises... We hope that... Yemen can have... a better (future)," said Ibrahim Mohammed al-Hababi, a Sanaa resident.

Saudi Arabia and the United Arab Emirates formed a coalition that intervened in Yemen in March 2015 to try and restore the government of Abd-Rabbu Mansour Hadi, which was ousted in late 2014 in the capital Sanaa by the Iran-aligned Houthis.

Weapons provided by Western powers and by Iran to the warring sides have fuelled the conflict and caused the deaths of tens of thousands of people, mostly civilians.

Saudi Arabia said on Friday it was looking forward to working with Biden's office and the U.S. envoy to Yemen, the United Nations and with all Yemeni parties to reach an all-inclusive political solution in Yemen.

Biden's move marks a reversal of the policy of his two immediate predecessors, Barack Obama and Donald Trump. Biden served as vice president in the Obama administration.

"We don't trust what the Americans say at all because they were part of the war... If they want us to trust them, they should stop the war directly and immediately," said Khalid al-Qadadi, another Sanaa resident.

Mohammed Ali al-Houthi, head of the Houthis' Supreme Revolutionary Committee, said the group would not be deceived by mere "statements".

"Any move that does not achieve results on the ground by ending the blockade and the aggression remains a formality," al-Houthi said in a Twitter post.

"I ... urge President Biden and his new envoy to prioritize putting Yemenis at the center of any negotiation, and holding those who committed war crimes accountable for their actions," Karman said in a statement.