ADEN (Reuters) - Yemen's warring parties are expected to agree the terms of a prisoner swap in about 10 days, a representative of the internationally recognised government said on Wednesday, as part of efforts to build confidence in slow-moving peace talks. The United Nations is pushing for the exchange and a peace deal in the main port city of Hodeidah to pave the way for a second round of discussions to end a nearly four-year-old war that has killed tens of thousands of people. 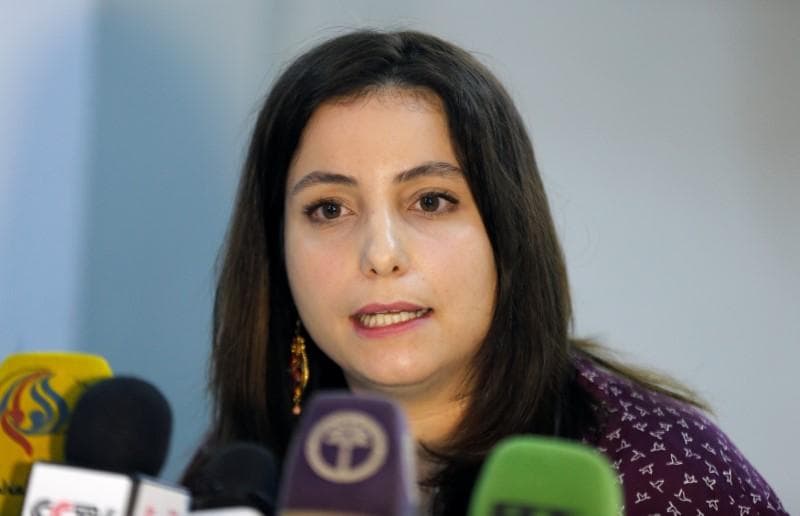 ADEN (Reuters) - Yemen's warring parties are expected to agree the terms of a prisoner swap in about 10 days, a representative of the internationally recognised government said on Wednesday, as part of efforts to build confidence in slow-moving peace talks.

The United Nations is pushing for the exchange and a peace deal in the main port city of Hodeidah to pave the way for a second round of discussions to end a nearly four-year-old war that has killed tens of thousands of people.

The prisoner swap was discussed by the Iran-aligned Houthi movement and the Saudi-backed Yemeni government in technical meetings in Jordan last week. Both parties need to agree on lists of prisoners to be swapped.

"We expect that in 10 days time the final signing will have happened," the head of the government delegation to the prisoner-exchange talks, Hadi Haig, told Reuters by telephone.

The United Nations has struggled to implement a troop withdrawal from Hodeidah as the warring parties disagree over who should control the city. While a truce in Hodeidah has largely held, fighting has escalated in other parts of the country, including the Houthi-held capital Sanaa.

Coalition warplanes targeted a Houthi military training camp south of Sanaa late on Wednesday, Saudi-owned Al Arabiya TV reported, the latest air strikes on sites near and in the capital following a Houthi drone attack on a government military parade earlier this month.

The prisoner swap was one of the least contentious confidence-building measures at December's U.N.-sponsored peace talks in Sweden, held amid Western pressure to end the conflict. The fighting has killed tens of thousands and brought 10 million people to the brink of famine.

The International Committee of the Red Cross (ICRC) said on Wednesday that it hopes to see "progress in the coming days" and urged the warring parties not to let the opportunity slip away.

The ICRC said in a statement that it was preparing for the swap by increasing staff numbers and arranging medical support. It was also preparing two planes to carry detainees between Sanaa and Sayoun, a town under the control of the government.

Rights groups have accused both sides of abuses against detainees in their custody.

U.S. diplomat Jason Mack on Wednesday told the U.N. Human Rights Council during a review of Yemen's record in Geneva that detention centres should be placed "under unified national government control, prevent abuse of detainees and allow investigation and prosecution of allegations of abuse".

The war pits the Houthis against other Yemeni forces backed by a Sunni Muslim coalition trying to restore the government of Abd-Rabbu Mansour Hadi. Hadi was ousted from power in late 2014 when the Houthis seized Sanaa.

The conflict began after pro-democracy unrest forced the former president, the late Ali Abdullah Saleh, to step down in 2012. Hadi was elected to a two-year term to head a transitional government, but the Houthis drove him into exile, prompting the coalition to intervene in Yemen in 2015.

The conflict is widely seen in the region as a proxy war between Saudi Arabia and Iran. The Houthis deny receiving help from Iran and say their revolution is against corruption.

(Reporting by Mohammed Ghobari in Aden and Reuters team in Sanaa; Additional reporting by Stephanie Nebehay in Geneva and Hesham Hajali in Cairo; Writing by Lisa Barrington; Editing by Larry King, William Maclean)