By Cate Cadell and Thomas Suen WUHAN, China (Reuters) - In a converted factory building in downtown Wuhan, 22-year-old Xiong Feng, who goes by the name Daiki, struts and spins in a black sequined full-body suit and stiletto boots. 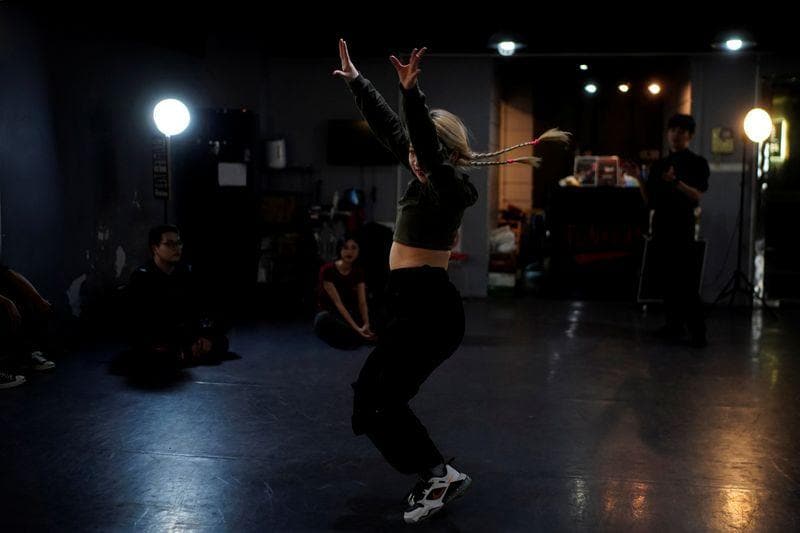 By Cate Cadell and Thomas Suen

WUHAN, China (Reuters) - In a converted factory building in downtown Wuhan, 22-year-old Xiong Feng, who goes by the name Daiki, struts and spins in a black sequined full-body suit and stiletto boots.

Dancing behind him in zebra print and pink streetwear are his students, snapping their fingers and flicking their hair toward a cameraman filming a promotional video.

Daiki is Wuhan's only teacher of vogue, a highly stylised form of dancing that was popularised by gay and transgender communities in New York in the 1980s.

His class numbers have jumped from just a few people to around 10 since the city's COVID-19 lockdown ended, as students, many of whom are young gay men, say they are keen to live more authentic lives in the wake of a traumatic year.

"I think that after the epidemic, everyone enjoys themselves more. People won't work as hard as before, so it's obvious that more and more people come to dance," said Daiki.

Beginning Jan. 23, Wuhan endured a gruelling 76-day lockdown that barred people from leaving their homes and shut the city off from the rest of the country. It also experienced the most COVID-19 fatalities in China with 3,869 deaths,

Wuhan hasn't recorded a new case since May and has largely returned to normal, but young people in the city say the disruptive and mentally challenging time has permanently altered their outlook on life.

"I feel that vogue has given me a lot of spiritual support during this period," said Crisp, a baby-faced 23-year-old student in bright pink eye shadow.

As Crisp dances, he shows off a series of rapid choreographed hand movements and in the finale of one routine, he slams his body backward into the ground in a practiced half split called a 'death drop' in drag circles.

"We need to seize every minute and every second to be who we are. We have to cherish ourselves." he said.

China has a thriving LGBT culture, despite strong censorship in mainstream media and a strict legal framework that broadly rejects non-traditional families. That said, Daiki notes not all LGBT people in Wuhan approve of voguing as some argue that men should act more manly.

During lockdown, Daiki, his students and friends practiced at home in their bedrooms, staying in touch by sharing videos of new dance routines.

Now they hope more people will try it and have dreams of building Wuhan's first vogue ballroom community.

"Because of the epidemic, everyone was locked up at home ... but our situation is much better now," said Daiki. "It's a long-lost happiness."